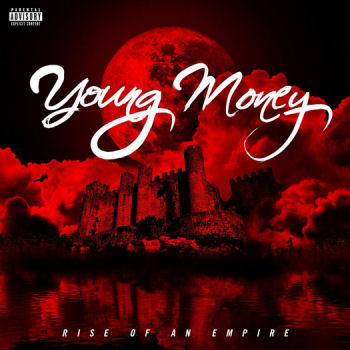 Young Money :: Rise of an Empire

This release from Young Money slipped under the radar earlier in the year, and you could easily assume this is a mixtape thrown together to appease Wayne, Drake and Nicki fans. Alas, it’s not. It’s the super-group’s second album that reared its head in stores without really having a smash-hit single to promote it.

2009’s self-titled debut had the corny, yet incredibly catchy “Bedrock” tearing up clubs and radio all across the globe – “Rise of an Empire” on the other hand is a bunch of collaborations that are darker in tone, but largely devoid of anything that matches up to the level of quality you’d expect from this supergroup.

Drake’s on one song, Nicki’s on two, yet they never really feel a part of this record. Both have solo tracks that are used to loosely tie them to the project â€“ even Lil Wayne, the only emcee to have recorded more verses than Tupac, limits his pretty face to three songs. Wayne is his usual hit-or-miss self; for every nice line comes a “I can’t stand these niggas, I’m gonna lie down or sit still”. Really?

Corny lyrics aren’t really an issue from the other members, but Nicki makes “Lookin Ass” borderline un-listenable as she relentlessly throws around the n-word like a Ku Klux Klan member with Tourette’s. Weak rhymes aren’t even the start of “Senile”, a song so incessantly awful that it relies on the word senile sounding like ‘see now’. It’s drab and Tyga may as well be senile with the weak verse he drops.

Fortunately, Euro holds down “Induction Speech” with a passionate proclamation, that should be used at the start of the record to rally the troops. Instead it’s in the middle, when most of the troops have shot themselves in the foot with trash like “Bang” and “We Alright”. Musically, “Rise of an Empire” is as thumping as you’d expect, but limits the usual reliance on nightclub anthems to “You Already Know”, the final track. Seeing as most tracks feel like album filler from the artists involved.

Lil Wayne’s “The Moment” rises above the chaff to outshine his colleagues simply because he’s not slurring all over the mic. It’s not golden Weezy, but given the underwhelming quality of much of this record, it’s the only keeper.

The signs are there that this so-called empire is crumbling.