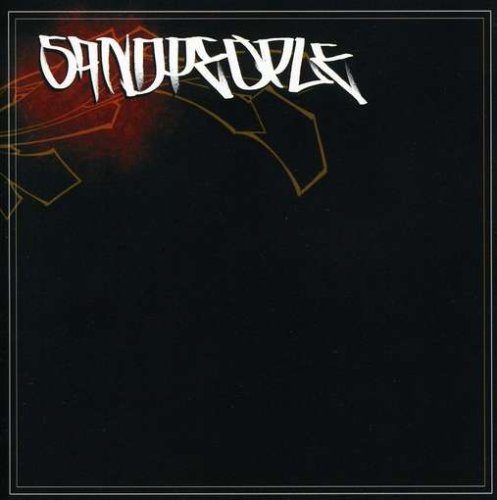 Sandpeople :: All in Vain

The Sandpeople have Wu-Tang type numbers. I count ten on the inside liner notes, and their website confirms that. This type of group is difficult to get a feel for because of their sheer size. Even over the span of their full-length “All in Vain” and its expansive nineteen tracks, creating an individual identity for such a crowd would be mighty difficult. A musical foundation is necessary, which is what Simple provides by producing most of the album. Beyond that, with such an enormous cast to satisfy, a verbal free-for-all is the only solution.

The most initially noticeable piece to this puzzle is the moody, crisp production. “Fiddler on the Roof,” whose beat is credited to Sapient, is a scowling quiet storm of soft instruments, permitting the rappers to reveal their inner workings with little prodding. The hook could easily act as Sandpeople’s mission statement, claiming that “If I were a rich man, I’d get put down the fiddle and get off this fucking roof.” Mo-B steals the vocal side of things with an emotive and contained fury that is nearly haunting over such an ominous beat. “Whetstone” features an immaculate loop from Simple that is far less complicated, but this relative minimalism does not affect the song’s success. “Same Way” takes a more mechanized route, and the result is disappointing. Simple and friends have etched a defined and unified album, and when a track breaks from this formula it sounds uncomfortable.

Although the fenced-in musical themes are comforting, they grow stale in places. Even when a later song meets expectations, it is not quite as fresh because of such previous songs. There is a pleasant variety of sounds being used, but Simple consistently evokes the same contemplative atmosphere, and this is difficult to successfully sustain for an entire record. Additionally, because this mood is so prevalent, I feel like some of the emcees are shadows in the production’s sedated frustration, which creates the feel of a haunted house in daylight. By the middle of the record, the effect of a gorgeous beat such as “Can’t Let Go” is lessened by its similarities to the surroundings. Consistency is always a plus, but there is a little too much of it here.

I’m usually inclined to gripe about a nineteen track LP, but “All in Vain” is an exception. The crew involved is extensive, so in order to provide everyone their shine, nineteen full songs is much more easily excusable. Still, the individual rappers all sound quite similar. There are no outstanding personalities and they all rely on natural, traditional flows. Subject matter is never boring with the Sandpeople, though they share a tendency to fall on the abstract side of the fence. There are somewhat vague conceptual outlines for most songs, with the occasional track that shows remarkable ambition. “Absence” is the best example of this, because Sapien narrates the life of a woman whose husband is rarely home. Simple then explains his perspective as a driven artist who doesn’t always have time for family. For the most part, since so many perspectives are brought together, the album’s messages are jumbled, but this is probably better than the alternative of making their intentions obvious to the listener.

There is a lot to absorb on “All in Vain,” so here’s all you need to know. This is a good record, highlighted by an intriguing style of production and a constant barrage of an entire crew of rappers. It’s not exceptional, but it is more than a worthy way to pass the time. As with any album of this length, there will be something you will want to skip, but the majority is worth listening to. Considering the numbers involved, Sandpeople avoided a distinctly possible disaster with a surprisingly coherent and moderately compelling record.