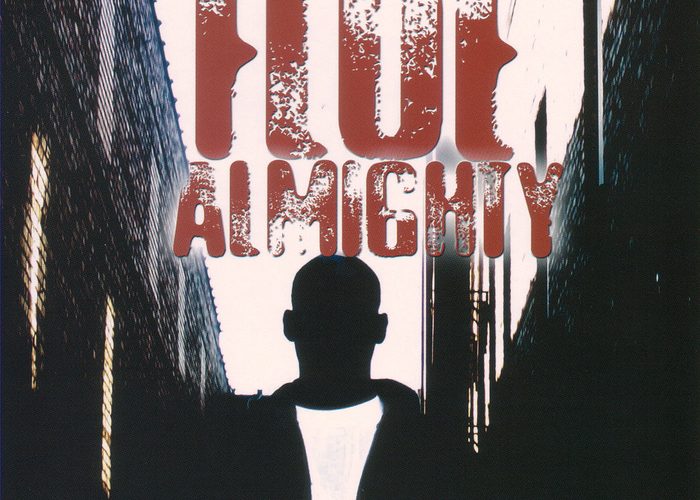 His name itself, Edgar Allen Floe, is a challenge. First, a five-syllable moniker is a statement unto itself. It calls attention to its wearer, begging for confrontation. “Yes, I am this big, motherfucker.” Even if you cut it down to size, to the snappier E.A. Floe, there still remains an unavoidable face-off. Floe is demanding comparison against the loftiest of literary strata. Edgar Allen Poe is one of the most iconic writers in American history, an embodiment of the tragic genius and the tortured mind. Does Floe really want to be measured against this titan, or does he want to pay him homage? After all, Poe died penniless and drunk in a Baltimore gutterâ€”a comparison that Floe would probably prefer to avoid.

And you won’t find much in the way of darkness on “Floe Almighty” either, except maybe in the forced gloom of “Nightwatch”, a melancholy laundry list of dark images over a mildly-gloomy beat. So don’t expect much of Poe’s dark alleyways and precise craft, especially when the album’s second track is an altogether underwhelming freestyle. Floe takes obligatory digs at the critics (we’re built to take em’), compares himself to The Game, and follows the rest of the standard battle-plate format. Disappointing from an album whose subtitle grandiosely promises “The Chronicles of Edgar Allen Floe.”

What exactly is being chronicled is not clear, because “Floe Almighty” can’t really be called an album proper. First, it doesn’t feel like one. The tracks are casually assembled, and Floe’s usually tepid delivery doesn’t provide the impetus to move your attention from one track to another. And second, it’s only a few tracks longer than the “True Links” EP that Floe released a few months ago (the two releases share some tracks). A mix-tape then, but it doesn’t bring the surprise, that street-newness that mix-tapes promise. Unfortunately, “Floe Almighty” seems to have neatly netted exactly what ails most current hip-hop releases.

They are made without reason and without guidance. Tracks are produced because they are indicators of dedication; albums are made to show that you are taking your passion seriously. There is a cult of hard work and hustling in hip-hop, a competition between up comers to out-produce and out-rhyme their competitors. This means that rappers rap because it’s in their job description, not because they are good at it, or even because they love it. That’s not enough, and it’s especially not enough if you’re trying to hold up an entire album on your strengths alone, a problem unique to the world of hip-hop. Unlike rock, or most other genres, where each song is the product of three or four people, most hip-hop tracks are the products of two. In Floe’s case, one, because he produces most of the albums tracks himself. Thankfully, in his Slicemysta alter-ego, he usually sounds better composing the beats than riding them.

“Floe Almighty” presents a solid production suite. The album is consistent; jazz-riffs and soulful hums float over conventional, if a bit heavy-handed drum lines. Predictably, the 9th Wonder productions are the album’s best, and the first track, “Skyward”, a loosely-assembled introduction, is the albums strongest. Its triumphant beat hits you in the belly with broad melodic chords. Floe’s voice disappears into the thick undulating strand of the beatâ€”and that obscurity, coupled with the muffled refrain “Throw your hands up higher”, makes for an intriguing package. It’s when Floe pushes his limits a little, and moves beyond the comfort of straightforward rap, that he becomes more interesting.

Floe’s strength does not lie in his content, though his monotone flow is serviceable. It’s casual without being lazy, with a confident cadence that doesn’t become overbearing. It is not commanding though and he sounds like the best rapper at your high school. Good, better than anyone else, but you sure as hell wouldn’t buy his album if you didn’t know him. That’s a pretty good description of what you’ll get in “Floe Almighty”. Better than most, but that isn’t saying much.

Floe doesn’t have the confidence to hold the album up, and you can hear it in his voice. It’s fragile despite the husky bass with which he delivers his lines. That in itself is certainly not a bad thing, but when his verses are swelled by typical hip-hop braggadocio, it just comes up sounding hollow. Where is the raw bravado? Despite the swagger, if pushed, Floe sounds like he would crumble. He can’t hold up the weight of a solo-album. And considering that he produces most of the tracks himself, the burden is all the heavier.