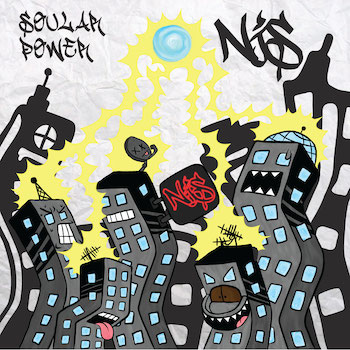 Naval Justice Society? Nearly June Sixteenth?J Dilla of Japan. The truth though is a little more plain – it means that the duo of Zen and Kuga will Never Just Settle. There’s no reason they should. The bilingual Bay Area based Japanese-American emcees were each successful working as deejays until a night in Osaka that is now biographical folklore convinced them to form a rap group and bring their take on hip-hop to the world.

The influence of Asian culture in hip-hop is often overlooked and misunderstood – and the contributions are often pegged as taiko drums and shakuhachi flutes or samples from Shaw Brothers martial arts movies. Unfortunately sites which celebrated the depth and breadth of the Asian diaspora in hip-hop seem to have vanished, leaving behindTwitter accounts which haven’t been updated in four years. On the other hand there are Tumblr sites and Asian rap blogs picking up the slack, so it’s not as though there is no hope for an under-represented demographic to get its just due. If anything you could take the message of the opening track of “Soular Power” as an affirmation of revival for the scene, “Starting Fresh” with traditional sounding instruments while mixing both Japanese and English verses with crispy cymbals and snares.

Speaking of percussion, “Soular Power” wins me over repeatedly with the strength and persistance of its drum tracks. The opening ten seconds of “Most Definitely” could be on an endless loop and I doubt I would tired of it – in fact it reminds me of Mobb Deep’s “Eye For An Eye” to an uncanny degree. The gently tapped backdrop of “Across the Cables” featuring Champlu and Timeless gives you the feeling of floating across the instrumental, which makes sung chorus “Take me away to another land, you don’t have to understand” lift you to a realm that’s above the clouds like Guru and Inspectah Deck. There are no rock stars smashing guitars on “Better Days” – though it does have a funky guitar being soulfully played sans amplifier. Funky collaborations can be found throughout the 43 minutes, including the UK’s Funky DL on the hip-hop and jazz union praise of “Can’t Be.” Even now you may still be wondering though – WHO IS NJS?!

Hopefully that will answer all questions. Visiting their channel certainly answered one of mine – they ARE fans of Nujabes and have posted tribute songs rapping over his beats, which I wholeheartedly approve of. “Soular Power” represents everything old being new again – discovering what we already knew was dope while fusing East and West together for a whole new audience of hip-hop heads who have yet to experience the vibes.