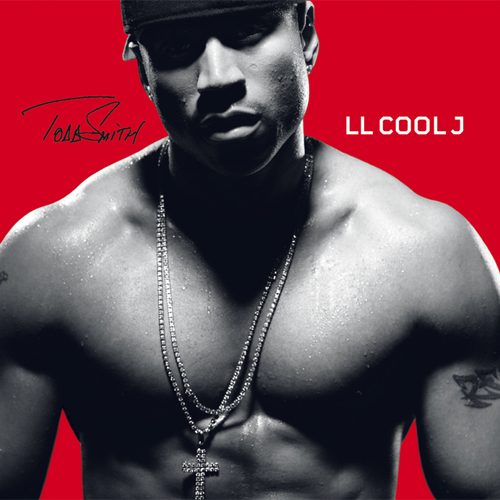 LL Cool J is the “dot com” in DefJam.com. Without him they would not be a company, let alone a commercial entity. He was their first big star, and if they ever cease to be an imprint he will probably be their last. If there comes a day where they say any rap artist has sold more records than The Beatles, it will probably be James Todd Smith. He’s already got over 10 albums under his belt in a 20 year career and despite forays into movies and TV sitcoms, he shows no signs of giving up the rap game any time soon. In fact “Todd Smith” is his third album in the last five years, which might not be prolific by Kool Keith or MF Doom standards, but is a far cry from slacking off or letting his name value fade away. If anything the Jermaine Dupri produced “Control Myself” featuring Jennifer Lopez may be the vehicle to drive him straight back to the top of the charts.

“The club was far from empty
It was crowded at the entry
I slide right thru like how I do
This girl began to tempt me
She said her name Shaiyeeda
I could tell her mama feed her
When they tight and when them jeans don’t fit
I’m L, nice to meet ya
I could feel my body yearnin
The room just started turnin
Didn’t wanna go out on the floor
But this girl was so determined (let’s dance)
My brain began to sizzle
I’m sweatin’ just a little
On the dance floor in the middle
She turned around and giggled”

The formula of pairing LL with a sexy singer like J-Lo on a track may be cliche, but it still works. There’s an interesting amalgamation of old school history taking place here as well: Dupri loops the Afrika Bambaataa track “Looking for the Perfect Beat” for the musical backdrop, but when LL and Lopez get silly and start doing their “zuh zuh zuh” they’re actually interpolating his even MORE famous old school track “Planet Rock.” There’s a lot of history to be found throughout the backdrop of “Todd Smith” though. Anybody over the age of 30 listening to this album will constantly be getting flashbacks to R&B/soul/funk tracks, and/or the hip-hop songs that have sampled them. Is it any wonder when you check the liner notes that you see Michael Jackson’s “Human Nature” sampled on the “So Sick Remix,” Donny Hathaway’s “You’ve Got a Friend” on “We’re Gonna Make It,” and no less than three James Brown tracks looped into “Preserve the Sexy?” Then again when you’ve been around as long as LL has, a budget for sample clearance is probably not an obstacle to using who and want you want for any song. Even when there aren’t samples listed, such as on the Trackmasters produced “Favorite Flavor” featuring Mary J. Blige, it still sounds and feels so damn familiar you could almost put your finger on it, but you’re too distracted by Mary’s crooning and LL’s rap:

“I’m laid back in the cinnamon Range
Two decades and ain’t a damn thing changed
Keep my girl, in strawberry swirls
You can taste it, my instinct’s basic
Lord have mercy, sweet like Hershey – Kisses
Diamonds for the missus, ices on the wristes
All different colors of the spectrum
The smallest flaw and I reject ’em”

You have to give it up to Ladies Love Cool, because James Todd Smith has a cocky likeable confidence that enables him to ball on a whole different level. At this point in his life he’s far from needing to have the latest whip every time he’s out on the town, though clearly he could afford it. He’s certainly not going to rock platinum grills with diamonds in ’em either (we all know it’s getting just a little bit silly, not to mention dangerous to dental health). LL does have a taste for the finer things in life though – fine jewelry, fine women, and having a fine time at the party while drinking some fine beverages. “Todd Smith” is basically a celebration of all those things, from “Best Dress” featuring Jamie Foxx to “Ooh Wee” featuring Ginuwine. The only times that things get a little bit hardcore are when Juelz Santana shows up for the opening track “It’s LL and Santana” (incredible amount of thought put into that title) and when Freeway jumps in the action for “What You Want.” One could probably argue that walking “Down the Aisle” is a serious theme as well but only until you hear it – the swinging Trackmasters beat and the 112 vocals make it clear this is a club track.

Make no mistake about it, this is a formulaic album. That doesn’t necessarily make it a bad thing. After all if you made good chocolate chip cookies and you follow the same recipe the next time and do it the same way, you’re going to have another fine batch of cookies. Some formulas are worth sticking to when they work, and LL’s been doing the “swinging bachelor” shtick so well for so long I don’t even bother to think about his wife and kids, although I know they’re out there somewhere. It’s just fun to listen to LL ball. The days when he was “Bad” and mad are long gone, and unless he gets into another beef with somebody like Canibus we may never hear another angry song from him again. To that I say “So what?” Expecting name-calling, punchlines, or top notch metaphors and similies is something you can save for the next grimy underground rap star looking to get ahead. LL is made, and LL has made companies. Russell Simmons’ mansion is built on LL’s talents, and even when he’s just doing the same old shit, he still does it well enough to sell. “Todd Smith” is an album you just can’t hate.