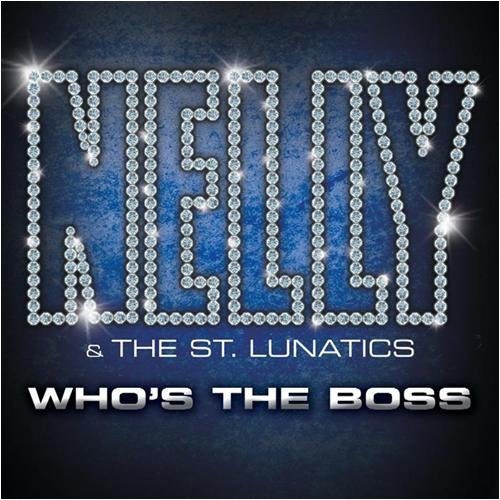 The music industry is one of the most eco-friendly businesses around. By that I mean that record labels love recycling material as long as they think they can squeeze even a penny out of it. The problem is that while recycling tends to promote the reusing of useless material to produce useful things, in the music industry recycling means picking something out of the garbage, decorating it with nice wrapping, and sticking it on the shelf with all the other new stuff. “Who’s the Boss” is such a product as all it consists of is early material from Nelly and his group, The St. Lunatics, that was released locally before they made it big. Furthermore, this is material that was already widely available on another “Nelly and The St. Lunatics” CD put out nationally shortly after “Country Grammar” hit. Sure, there are a few extra songs on here that weren’t on the original EP, but 3-4 extra songs hardly justify this release or make it much better than the original.

Featured on this CD is “Gimme What U Got,” the St. Lunatic’s first (and one could argue only) hit single which was very popular in St. Louis. The beat should be familiar to all who hear it, though I can’t pin point the specific sample off the top of my head. Lyrically the crew, Nelly included, drop average rhymes:

Ali: “I’m on my way to my show, uh, shirt Polo
Gortex figaro, jeans Hilfiger though
Starched up, hit the Amaco
Bought a Philly, sparked up
Lunatics’ll blow the park up
Ooh this herb, got me geekin like a nerd
F what you heard, federal roll like a bird”

Nelly: “In my spare time unwind and grind fools like coffee
Softly is how I speak to them punks who come actin salty
Then Ali, I let this thing go (booyaah!), back on the farm
I heard you was on my tail now you yellin “nelly, you lost ’em”
Fool, my click is off the hook like O.J.
Fool, there ain’t no way, that we could ever be deep in four-play”

“Sticky Now” is a slow moving and boring track that features City Spud as the main lyricist. Once again it’s nothing too impressive. “Ice-E” can be described in the same manner as the beat and emcees lack enough energy to make the track work. “Joyous Occasion” bumps up the energy a tad with both the beat and emcees stepping up their game. It’s a decent track, but at the same level of “Gimme What U Got.” “Who’s the Boss” features the same sample used on Lil’ Wayne’s “Way of Life” which of course had already been used countless times before. The infectious sample does the job, but compared with other versions of the same song, The Lunatics fail to impress.

The rest of the five tracks on this album follow the same trend. Either the beat is too boring to get anything going, or it features a familiar sample. The Tics mimic the beats and deliver mostly boring performances or unoriginal lyrics. I’m not trying to knock the Tics as they are today as I’m a big fan of all members, even their solo endeavors. But the material on this release just isn’t any good. The Tics were younger at the time and mostly local rappers when they recorded this. Like any other local act, local fans show love even when they spit over the same recycled beat that’s been sampled countless times. But once taken out of that local context, most of the material here fails to make the cut. Even hardcore Nelly and Tic fans could do way better than picking this up. Nelly does show some signs of his signature melodic style on a few tracks, and the crew members also show some potential on tracks like “Check The Rhyme,” but outside of that the album offers very little good material. Fast Life gets credit for making the packaging pretty and including a bonus DVD featuring a young Nelly and the rest of the Tics dancing with their mics like The Temptations on the “Gimme What U Got” video. Outside of these small incentives, “Who’s the Boss” is just an interesting historical footnote but not great music.

Nelly & the St. Lunatics :: Who's the Boss
4Disappointing
Music4
Lyrics4