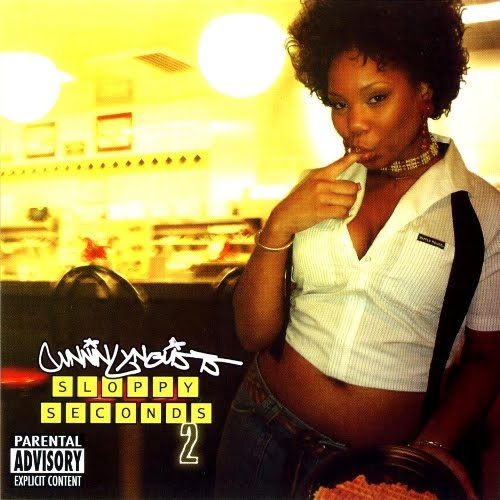 Damn, and I never even got my sloppy firsts.

Falling between “Southernunderground” and “A Piece of Strange” and coming after the “Vol. 1” of a similarly named 2003 release, “Sloppy Seconds Vol. 2” is a CunninLynguists mixtape designed to fill the appetite of hungry fans who couldn’t wait for more of their flavor. You might think the long-awaited release of “Strange” would have made this album irrelevant, but when I noticed it was still in the rack at the local record store curiosity got the better of me and I had to see what this release had to offer.

“Sloppy Seconds Vol. 2” is 27 tracks long, all of which are produced by the veteran CunninLynguists hand Kno save for “Mind Won’t Behave” and “It’s Over,” and those two are laced by their other principal member Deacon the Villain. The album is broken up periodically by “WQN5 Station ID” skits which are actually pretty humorous, as they mock the kind of overly suave DJ you might hear during drivetime on urban radio. Some of the tracks are merely short teasers which leave you wanting more, although not all of them are from the then-unreleased “Strange.” In fact the first one “Play Hard” featuring Masta Ace is actually from Knomercy’s “The Difference Vol. 2,” an album I can find less information about than THIS CD. Based on the strength of this and the other teasers from it I hope Kno will be releasing it sometime this year. The “Wachugondo?” sample featuring JuJu from The Beatnuts was hella tight:

If you’re thinking at this point the rest of the songs are from other CunninLynguists CD’s or “Strange” you’d be sorely mistaken. In fact the strength of “Sloppy Seconds Vol. 2” lies in the fact there’s so much dope material on this mixtape you wouldn’t get elsewhere. “What They Playin? (Blow My High)” is a CunninLynguists collabo’ with Natti that proves Kanye West is not always right to speed up samples; sometimes it’s the slow down that makes them all that and a bag of chips. Other tracks seem to not have a specific tie to Cunnin other than Kno’s production or a tie-in to either QN5 or The L.A. Underground, but that doesn’t stop them from being hella fat. I enjoyed Kynfolk’s “Being Human’s Hard” smooth sitar sound and Versatile guest verse immensely, and Celph Titled nearly steals the show on Cashmere the Pro’s dark sounding “Clap.” You can find a wide variety of underrated and underexposed underground artists on this mix, from Tonedeff on the “Porcelain (Remix)” to Blue Collar on the hypnotizing “It’s Over.” This may be a CunninLynguists mixtape in name, but a lot of the time it’s their featured guests who steal the show.

In fact to bottom line this review those who bought “Strange” would not at all be dissapointed by picking up this mixtape CD. The only songs that repeat from that album are two short snippets – “Since When?” and “What’ll You Do?” Each one has a female voice who coyly states that “y’all ain’t ready for that shit” but nothing could be further from the truth. Smooth hip-hop tracks like Cunnin’s “Mind Won’t Behave” featuring Mr. SOS and Natti or Chapter 13’s “Brain Over Muscle” keep the flavor strong while never succumbing to the cliches of hip-hop beats and rhyme. In fact I would swear the latter track is at times rapped over the chanting of Gregorian Monks, although I can’t pick out the actual source. The one thing I can say for sure though is that this album made me some new favorites OTHER than the CunninLynguists, and if that was their intent then “Sloppy Seconds Vol. 2” succeeded admirably. There’s nothing sloppy about it.