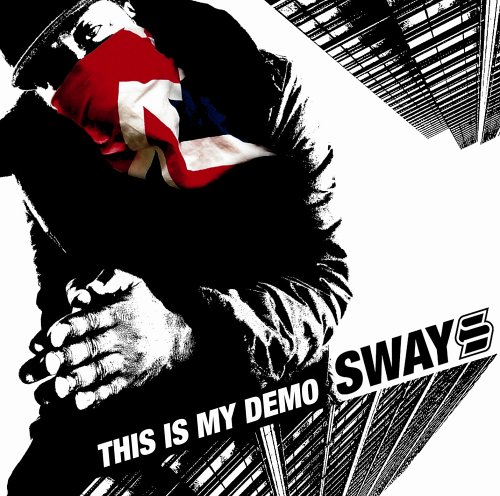 Judged by their name, the United Kingdom’s Music Of Black Origin Awards (MOBO’s for short), seem like a good thing. A look at previous winners, however, hints at a turbulent past. In 1996, the institution’s inaugural year, ten British artists won an award, a number that had dropped to four by 2002. In the Best Hip-Hop Act category, the MOBO’s began to differentiate between national and international artists in 1997, but went back to a single trophy in 2000, which was subsequently carried home by Eminem, Missy Elliott, Ja Rule, 50 Cent and Kanye West. But just when the MOBO’s idolatry of international hip-hop superstars seemed to be set in stone, the voters thought it was time for an upset win. Of the 2005 nominees, Roots Manuva, Blak Twang and 50 Cent had already won in previous years, so when the decision was down to an American shooting star backed by rap music’s rich and famous, or a domestic, unsigned rapper, The Game had to step aside in favor of Sway (not to be confused with the Wake Up Show co-host and MTV presenter of the same name).

Sway, formerly Sway Dasafo, won on the strength of some singles and two successful mixtapes, “This Is My Promo” volumes 1 und 2, which in early 2006 were followed by the proper debut, the self-produced “This Is My Demo” on the self-owned Dcypha Productions label. On 14 tracks, the “producer and rapper – all into one” nears the definition of the total package. Rather than committing himself to a particular scene or sound, Sway purposefully carves out a niche for himself in a music market that allows only a selected few artists to be in a category of their own. Releases that are more on the grime side of things may be more interesting musically, but few of them have a leading man as charismatic as Sway, who makes full use of his vocal range, incorporating his lively flow with melodic inflections and all kinds of vocal twists, often toning his voice down to a whisper but still commanding the listener’s attention (who will be pleased to find many of the song lyrics printed in the booklet). Animated is the more appropriate term than hyperactive, as Sway rides the beat with a measured precision somewhere between Ludacris and Dizzee Rascal. Yet all the animation would be in vain if the lyrics themselves were lifeless. They are anything but, and instilled with Sway’s mixture of “British humour and African wit.”

Born in London, taken to Ghana as a baby and coming back to Britain in time for school, Sway has a strong sense of identity. But don’t let his mockery of his Ghanian heritage (when he doubles as MC Charlie Boy) and British nationalism fool you, the former is ambiguous, the latter is fueled by the fact that “when you do UK rap you’re #2 / cause the USA ain’t givin’ us space to break through” (as he notes on the otherwise content resumÃ© “Little Derek”). Although formulaic by now as well, the deconstruction of stereotypes still serves as a refresher for rap of any kind, and Sway is willing to do his part, whether in the rap game or in society in general:

“Overseas it seems British folk are known for sniffin’ coke
bein’ quick-witted and wicked rich and sittin’ in boats
So every time I travel abroad I’ve got to set the record straight
and represent for all the people who can’t afford to flippin’ go
I’m just an ordinary bloke amongst all these different strokes
tryin’ to stay afloat without doin’ no fraud or dealin’ dope
Street lights, street life, all a flippin’ joke
But I’ve come up a bit
Had a good heart that toughened up a bit
But I looked in the mirror to kiss the good guy goodbye
then I exchanged my pucker-up lips for a stiff upper lip”

Guests notwithstanding and true to its title, “This Is My Demo” is a one-man show from a rapper who’s happy to be recording, a little bit surprised by how well he’s received, then again not really surprised given the amount of work he’s put into, concluding, “It seems like I’m the rapper the people take to / I never had a lot, with what I’ve got I made do.” No wonder he’s hesitant to surrender to the system and cherishes his independency despite the weight that comes with shouldering responsibility: “I’m only 23, but I feel like I’m older / developed a hunchback from carryin’ the world on my shoulders.”

It’s good to see that Sway manages to – as Monty Python put it – ‘always look on the bright side of life’ and to remain good-humored even in the face of bancrupcy (“Flo’ Fashion”):

Yet there remain key biographical aspects that Sway merely touches upon without sufficiently explaining himself. His evolvement from “English boy with [an] African accent” to “African boy with an English accent” is only briefly mentioned, as is the apparent conflict between Islam and Christianity in his life. Also, the “It’s entertainment for you but it’s life for us” argument has been detailed so dilligently by US rappers that a UK rapper can’t possibly assume that that line alone says it all. Some things just have to be discussed more deeply, especially when you normally prefer to go the way of the punchline:

In terms of originality, Sway’s romantic offerings “Back 4 U” and “Month in the Summer” aren’t particularly compelling, but they would add class to US commercial radio anytime. Naturally, the same goes for the two singles “Products (of the City)” and “Little Derek.” “Loose Woose,” where him and the boys have a go at groupies, is probably the album’s least individualistic moment. “Hype Boys” and “Slo’ Down” are cautionary tracks that address the thugs in their natural habitat – the club. Then there’s the anti-filesharing ditty “Download,” which finds Sway serving food for thought in an appropriately humorous manner. The strange “Sick World” gets the benefit of the doubt because it’s actually schizophrenic in itself with its catchy tune to hum along to and the slightly absurd lyrics. The album’s most ambitious songwriting venture, “Pretty Ugly Husband,” a domestic violence drama, on the other hand, is so unexpectedly realistic that it feels somewhat out of place.

So what you have in “This Is My Demo” is a quality contemporary UK rap album with equal shares of bleepy, futuristic and poppy, everyday music and plenty of singing to support a rapper that clearly isn’t just rapping because everyone else is. Still, there’s room for improvement, and in Sway’s case that’s definitely something to look forward to.

Sway :: This Is My Demo
7Overall Score
Music7
Lyrics7