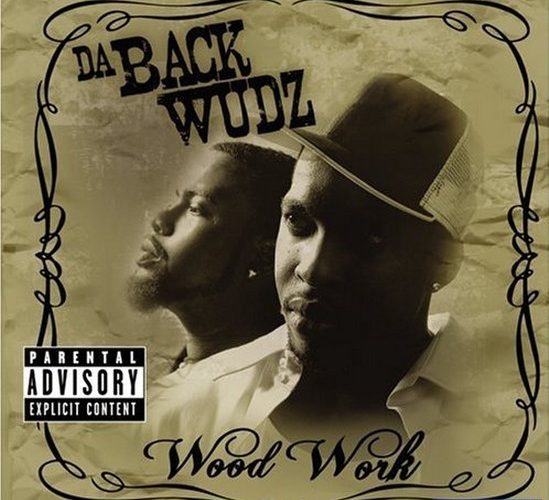 To be perfectly honest I don’t even know where to begin. It’s hard not to be totally skeptical when presented with an artist named Da Backwudz, because between misspelling both words in their name and tacking an unnecessary “Z” at the end to boot, it screams “we’re trying as hard as possible to covince you that we’re really ghetto.” Would it surprise me if turned out that these Decatur, GA rappers had a Harvard education and that their name and image was entirely a marketing gimmick? Not after hearing some of the lyrics from “You Gonna Luv Me”:

“I was – born in Atlanta, raised in Decatur
Where we, pushin LeSabres and blow like inhalers
Say he – kinda skinny with a full-sized jimmy
Ay man, I got broads in different cities like gimme gimme
They used to treat me like Urkel the nerd
Now they flock when they see my LeBron’s on the curb
Look here; see my upholstery it got women approachin me
Some look like they too old for me, TV’s hangin appropriately”

Now first things first, I liked this song. That has a lot to do with Milwaukee Black’s beat, which is just about as close to Kanye West as you can get without jumping inside his skin. There’s an imminent danger of this trademark sound with the sped-up R&B vocals getting burned out due to overexposure, but hip-hop can continue to get mileage out of it throughout 2006. Second of all even though Sho Nuff and Big Marc want to portray a country image with their group name and city they claim, the verse cited here shows a fair amount of sophistication. Pop-culture references, braggadociousness, and an interweaved rhyme which pairs “upholstery” with “approachin me” and “appropriately” definitely caught my ear. Not too many rappers from the North or the South spit it like that, let alone use the word “upholstery” in a verse. Let’s see how they fare on their lead single “I Don’t Like the Look of It” though:

“What you know about my city? On the block with dubs and fifties
Got the clientele increasin (Shorty I got what you need)
Pullin up on 20 somethings, treble with the woofers bumpin
Chokin on the purple onion (Willy Wonka Chevrolet)
Freezin from expensive pieces, heavy starch and denim creases
Y3 on my white Adidas (Diamonds in my Cartier)”

Well so much for being lyrically creative. That got thrown out the window of the expensive whips they’re driving, complete with the oversized rims, while wearing jewelry that costs more than most people make in a year. You can’t be accused of hating on them for stating these facts; in fact if they’ve got wealth like that with only one major label album and virtually no exposure prior to that more power to them. I doubt it though – seems to me they’re just continuing to perpetuate an image of unattainable wealth that so many young people these days live (and unfortunately die) for. At least you can give them credit for doing something different musically – not too many people out there are going to sample “Oompa Loompa-De Do” from the “Willy Wonka” movie for a beat. The Execs & Milwaukee Black get mad props for that.

Was anybody out there in hip-hop listening land clamoring for 15 more tracks of Da Backwudz after “I Don’t Like the Look of It” was released? I doubt it. With a la carte options out there like iTunes these days, one could simply pick the lead single off “Wood Work” and care less about the rest of this CD. There are a few other songs I would recommend though – musically at least. For more of Milwaukee Black’s best Kanye imitations check out “The World Could be Yours,” for some tonight Organized Noize swing peep “Mama Always Told Me” featuring Sleepy Brown, for smoothed out soul Black comes correct again on “Feelin’ Lonely” and you can rock out to Dallas Austin’s “Lock N Load” or the guest appearance of George Clinton on “Smoke N Ride.” It’s safe to say that while “Wood Work” is inoffensive to listen to and occasionally shows signs of rising above lyrical mediocrity, Da Backwudz have a long way to go to distinguish themselves in a crowded marketplace.