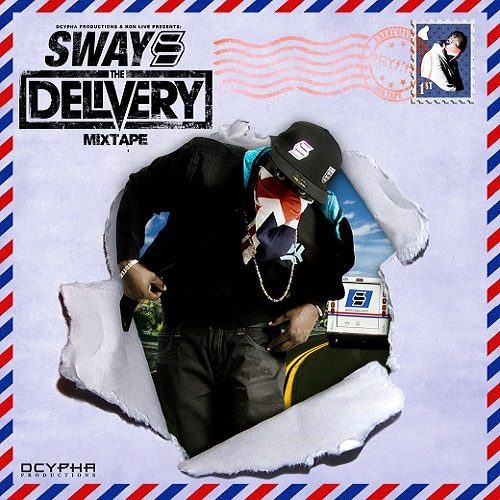 Thinking back on that now legendary Jay Electronica gig at the Jazz Cafe in London – a night that I was fortunate enough to have attended – there was a warm up act, Sway. And he looked, frankly, a bit miserable, huffy and, dare we say it, resentful. Why? Well, Jay Electronica, a man that hasn’t even officially released a mixtape, let alone an album, had a bunch of British lads (for they were ALL lads, of course) rapping along with most of his songs, in the palm of his hands and completely enthralled. Sway looked close to having his “On the Waterfront” moment.

He didn’t look happy, but he did have the look of a man seething with a “You’ll see… You’ll ALL see!” In other words, he seemed to have an ace up his sleeve that he knew – cast-iron knew – would get him back in the game. For he has been out of it, make no mistake. The gap between his first and second albums was a touch too long and, strong though his sophomore was, it was a complete failure in terms of connecting with the audience, mainly due to terrible judgment and timing. Clearly he has been licking his wounds, and has come back with a mixtape so good that, for once, genuinely justifies the hyperbole surrounding it, “The Delivery.”

Since I seemed to be the only member of the crowd that knew every song he was rapping that night, it was only natural to approach the unzipping of this free download with some trepidation. First of all, it was free. Secondly, Sway was not on form that night and didn’t even slightly win over the typically harsh London crowd. But within minutes of having pressed play, the old Sway had fused with the new, and all was well again. The glitzy Storch-esque production of the Akon-featuring opener, “Just a Matter of Time,” sets things off well, and the return of his light-hearted alter ego MC Charlie Boy from Ghana was most welcoming, following his inexplicable absence from “The Signature LP” (although he was “locked up” in a detention centre, so that explains a bit).

Sway then proceeds to rip into “How Low” and “Hard Bodied,” “Sexy Bitch” and “Hard.” Other impressive efforts include “The Watcher” and “Broke Love” – especially the wicked L.L. shout outs – and the wider UK crew will appreciate the “Feeling Funky” vibes. Freestyles like “I Declare War” sit equally well with more fully-formed songs, and the only thing to nitpick about is the slightly excessive length of “The Delivery.” But, then again, Sway has a lot to get off his chest. Since his second LP dropped, and then flopped, his has been completely left behind by the new kids on the block (in terms of commercial success, at least) and he perhaps sensed that he would have to fight back hard.

It is almost surprising just how good this mixtape is – I say almost because Sway has history here, and tapes are how he initially made his name. The positive comments stating that this is practically an album feel true, but are overstating things a bit, simply because he has jumped on a lot of superb tracks (by other artists, of course).  If he can reach similar levels on his third LP, he will become a major player, and leader, within this new/middle school. It also helps that he has come correct in every respect – I mean FFS, this is a free mixtape that he shot TEN videos for. Sway has gone Swayze, and he wants to terrorise the UK this year.

This mixtape is an ESSENTIAL download, especially as it won’t cost you a thing except an email addy. And looking at how low his profile was just a few short months ago, compare that to how he is blowing up now. Yet slight doubts remain over his ability to truly cross over, and I would hate to see him become the next Blak Twang – a talented artist that always gets to a certain level of success, but is never truly welcomed with open arms by the people he wants to impress the most. Perhaps that was why Sway was a touch sensitive opening up for Jay Electronica – almost five years on from his debut, it should have been the other way round, especially in London.