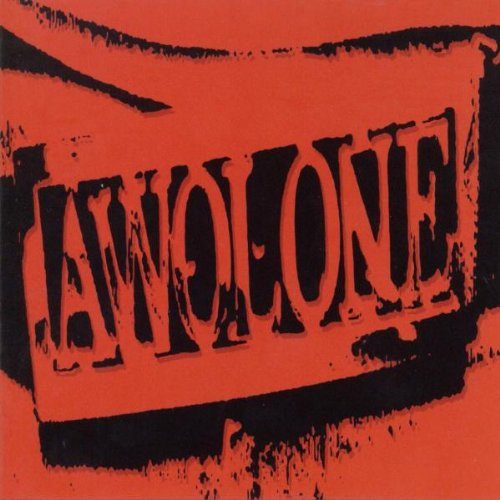 Without knowing it was him, I’ve been liking AWOL One. Let me explain. Once upon a time I lived in Seoul. While there, I picked up the (from the USA’s perspective) import version of Kutmasta Kurt’s “Redneck Games.” You can check the RapReviews archive for Flash’s glowing snapshot of this stellar collection, but you won’t find him mentioning AWOL One. Even though Flash’s (I’m assuming) domestic copy was dope, the import has two extra songs by Marc Live and AWOL One. The latter held down the album’s final, and my favorite track. I didn’t know who the emcee was, I didn’t do any research to find out, and to tell the truth I just assumed it was Kurt himself having some bonus-track fun.

Well, I was wrong. The song, “Believe,” also appeared on AWOL One’s “Self Titled” album the same year (â€˜04), and to this day is one of the strangest and dopest things I’ve heard, a pretense-less slow-burner with real emotional resonance. The beat is slow and vaguely triumphant, a pulsing, melodic blend of muffled horns and bass hits, but AWOL’s lyrics really stand out. He sounds like a large retarded man with a severe head cold, but his deep, scratchy voice, simple words, and off-key singing combine to make a vocal atmosphere, a different kind of fog. He doesn’t rap so much as slowly make statements, but he feels the beat. “Believe” showcases his affinity for blunt honesty, and his hazy aesthetic leaves painful remarks like “I wish I was there to hold you/ but I can barely take care of myself” lingering like drunken confessions. His utter sincerity when delivering lines like “I believe that I love my moms/ and I believe I have a wonderful kid/ and I believe people want what they can’t have/ and when they get it they don’t want it anymore” makes them loaded with simple significance. “Believe” is a good, hard, realistic portrait of spiritual perseverance, and it made a big impression on me. Plus, Kutmasta Kurt handled some impeccable cuts at the track’s end. But still, I didn’t know it was AWOL One. I just knew it was a big-hearted, abstracted, slow-flowing, clear-thinking emcee.

That said, when I put “The War of Art” in my headphones, AWOL’s distinctive tone immediately solved the riddle. I did some research and found out he’s a longtime ally of the Shapeshifters/Visionaries crews, west coast underground heavyweights. He’s down with 2Mex, Project Blowed, and generally the whole Good Life scene of outside-the-box purists. This proved to me that his hiphop pedigree is respectable, but let’s finally get down to the nitty gritty: is “The War of Art” any good?

Well, let’s start with the production. “This Far” rides over a strangely un-bugged out J-Zone beat. The smoky jazziness is unlike the ADHD cartoons he usually cooks up, but the deep, stuttering drums could only be programmed by the Zone. It’s a great, mature sounding beat from the erstwhile comedian. Living Legend The Grouch supplies a straightforward west coast beat of the ridin’ variety for “Seeds Grow,” and punctuates his boom-crack with metallic squeals. Rhettmatic (he of Visionaries and Beat Junkies fame) does solid work on “Stand Before,” enlisting Strong Arm Steady’s Truly Odd for the cuts and scratches. Pigeon John (the multitalented Quannum enigma) gets playfully sing-songy on “Get You.” Despite all that famous heat, the best beat of the album is supplied by the (to me) unknown Mic McMullen aka the Transducer in the form of the “The Drums,” a hypnotic banger with a slight reggae flavor. All in all, the beats are well above average, but nothing here has the anthemic quality that made “Believe” such a heater.

From the get-go, AWOL drops things like “It’s like I’m always trying to fix something that ain’t broke/ when you’re pretentious and frustrated/ I ate breakfast with God and Devil/ and neither of them asked for seconds” that definitely had me scratching my head. I’m feeling his style, but his subjective-as-hell consciousness stream can be alienating. On “Drums,” AWOL hovers around the topic of “let’s all get down and enjoy the music,” but fails to turn his statements into anything meaningful. “Evil Prevails,” Mic McMullen’s excellent throwback offering, is, at track #5, the first time AWOL drops some winners:

“I will show you…no remorse
I used to wish…I was in the Source
No-account gangsters get glorified
Yo, it’s not that funny
…
Say violence causes silence…sometimes I have to laugh
Whenever I get blood on my tennis shoes…after class
…
The girls I know are attracted to intelligence
Not welfare…and irrelevance”

The song is a loose, imagistic rumination on violence and AWOL’s growing numbness to it. The juxtaposition of classic b-boy sounds (think the Beastie Boys’ “Ch-ch-check It Out”) and AWOL’s weird, impressionistic statements works well. “Underground Killz,” which features 2Mex and KRS-1, suffers from it’s lack of any real song structure as well as a McMullen misstep- the beat is dynamic yet uninteresting, the cinematic strings are repetitive and grating. 2Mex tweaks his flow into a lazer-robot style that I am definitely not feeling and the track meanders pointlessly into the five-minute mark. Yes, the Teacha drops science, but on this track it sounds like a personal favor. He doesn’t save the song.

“Get You” features an AWOL staple: repeating phrases that would be choruses in a standard song. Because his songs are not traditionally structured, this tool serves to anchor him and the audience for a moment before he numb-mumbles whatever’s coming next. On this track it’s “If the fame doesn’t get you, then the money will.” Elsewhere he drones “Just because I’m not a fan of someone doesn’t mean that I can’t respect â€˜em” and “no one remembers the victims/ only the killers get the fame.” Later it’s “Music is for expression/ Music is not a competition.” Sure, his songs are “about” things (like self-worth, what is fulfilling vs. what is hollow, etc.), but I can almost hear AWOL falling back on slow repetitions vague theses for “clarity.” It doesn’t work.

I loved “Believe” for AWOL’s relentless revelations of his life’s good/bad/sweet/sad elements, the contradictory hybrids that color all our lives. “The War of Art” proves AWOL is married to honest confusion and heartfelt contradiction, but his “say what I feel and figure it out later” approach loses steam fast. It’s a good way to relieve writer’s block, but there’s too much free-associating here for me to follow along. To be sure, I don’t need user-friendly lyrics with obvious interpretations, but if AWOL is going to stick to his minimalist lyrical style, his quips need more density. By the time the final track rolled around (a punk rock cut, trad-Cali gutter style), I was ready for the thing to be over.

Shortened into a five or six song EP, “The War of Art” could have been an intriguing example of the many ways to interpret life, hiphop, and the combination of both. As it stands, it’s a maddeningly frustrating album. People will say that I’m narrow-minded for not letting this album sit around and grow on me. People will say that AWOL’s verses need time for digestion. On the other hand, I feel that when AWOL One is on, it is the bracing immediacy of his insights that endure, and there is too much on this album that just isn’t very insightful.

AWOL One :: The War of Art
6Overall Score
Music7
Lyrics5