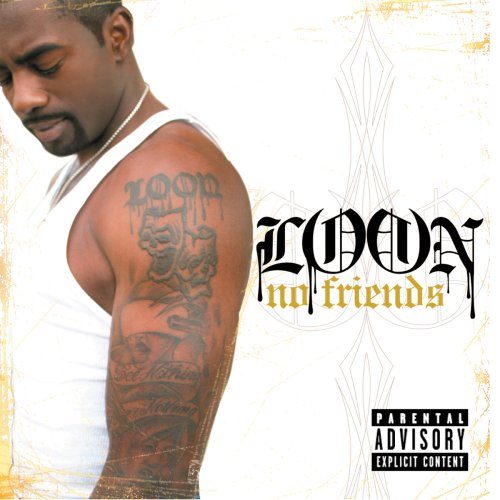 Usually rappers making a comeback lean heavily on their past success to usher in their new release. Loon on the other hand seems to take for granted the fact that he should be recognized and anticipated. He even uses a diss against Mase as his lead single. The problem with Loon’s confidence and beef is the fact that Loon wasn’t that big to begin with and not many people really care about beef with Mase. If a platinum rapper like Fabolous can’t get much publicity out of his disses towards Mase, chances are Loon’s gripes will be overlooked even more. Aside from settling the score with Mase, Loon also focuses on reinventing himself on his sophomore set. While the pop-oriented dance songs aren’t entirely gone from the project, Loon expresses his preference to move away from his pretty-boy pop image he developed while signed to Bad Boy. Loon’s attempted reinvention never takes off the ground as all he does is transform from one stereotypical to another one.

2006 Loon is a thug. I’m not sure if he was a thug back when he was running with Diddy since I didn’t peep his album, but from the singles he was featured on Loon seemed to be much more LL Cool J than Kool G. Rap when he first came out. Since Loon didn’t sell as a pretty-boy rapper, he’s decided to join the current trend and portray himself as a hardcore street character. Loon could easily have plenty of street cred since he was born from the same neighborhood and crew that produced Killa Cam and Big L, but the problem is that he doesn’t deliver his street narratives in a compelling way.

The album begins with an unintentionally hilarious intro by Loon. Loon finds it necessary to explain that he actually has friends and that he’s not lonely or anything, but that the album title means there’s no friends in this treacherous world. “Run” is the first song off the album and features Loon and labelmate Gritty warning everyone against snitching and messing with them. The track’s piano keys fit the sinister mood and overall it’s a decent track, but it is nothing new. “Eyes On U” is a track aimed at ladies who get mad and jealous because of Loon’s celebrity lifestyle. It has a slow middle-eastern vibe to it, making for a possible radio hit. While not the type of track to appeal to a general fan base, it could definitely give Loon some exposure. “You Crazy” features a horribly generic southern bounce beat and Loon attempting to adapt a double time flow for the hook. Overall the style does not work well with Loon’s voice or rap style. Loon proclaims it’s a “Death Row East” collabo on “Mobb Style,” but the liner notes make no mention of who is featured on the track. I assume Lake might be featured on the track being he’s the only Death Row East signee I know of. Sadly, the track is a mismatch since the smooth beat doesn’t really fit the hardcore subject matter.

“Live or Die” is another street track that finds Loon venting his frustrations about Mase over a “survival of the fittest” themed track. By this time you’ve heard basically what the rest of the album is like. Average, but forgettable, beats and Loon trying to prove to the world he’s a thug. He occasionally reverts to the formula that made him famous, spitting out a generic ladies’ track here and there. The only track on here you might want to peep just for curiosity’s sake is “NOVA/ What Happened to Pastor?” The beats simple nature and the hook sound too much like Screwball’s “Who Shot Rudy?” Loon’s rant focuses on the fact that Mase isn’t real and how he gave Mase his street cred (Mase had street cred?). Loon’s problem may very well be grounded in reality but at this point no one really cares.

I liked Loon much better back in the day, at least his songs were catchy back then. And I readily admit that I knew little about Loon the man back then since all I heard were his raps aimed at the ladies. But even today as CEO of his own label and with the freedom to say what he wants, I still don’t know much about Loon. The game definitely doesn’t need another street rapper who simply repeats what’s been said times before, but that’s all Loon delivers on “No Friends.”