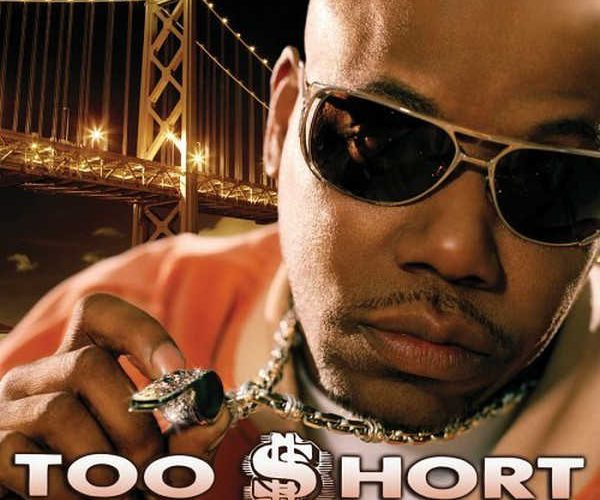 Too $hort :: Blow the Whistle

This may seem like a backhanded compliment, but reviewing Too $hort albums is great because they never change. Straight up – when you buy a Too $hort album you always know what to expect. He’s going to come with funky beats, a pimp game rap with lots of attitude, and he’s going to use the word “bitch” a lot. After over twenty years of doin’ this shit Too $hort listeners would be insulted if tried to suddenly turn over a new leaf. That’s not to say Short Dawg can’t do a positive type “The Ghetto” or “I Want to be Free” song here and there, but can you really picture him putting on a white collar and joining Rev Run on the pulpit? Hell no.

Todd Shaw should never apologize for catering to his fans and giving them what they ask for – more of that “fuck a bitch, slap a hoe” shit. “Blow the Whistle” doesn’t change the long-standing formula, not on the album as a whole or on the lead single of the same name. Where Short Dawg freshens things up on each album is usually the beats, and while one could argue that Lil Jon isn’t necessarily fresh any more in 2006 that doesn’t stop the songs he produces from topping the charts. As such the song “Blow the Whistle” should be right at home on any station that will play the radio edit, although radio edits are always dissapointing when it comes to the high chief of bootyslappin Sir Pimps Hoes-a-Lot. $hort is best served rated R:

“Get it calculated, do the math
I made a thousand songs that made you move your ass
And for the last three hundred months
I made sixteen albums with me on the front
And they bump! Where you get yo’ beats?
I heard ninety-three rappers say ‘bitch’ like me
Two singers, and ten comedians
And I’m still gon’ yell it every town you see me in
What’s my favorite word? BITCH!!!!
Why they gotta say it like $hort? BITCH!!!!
You know they can’t play on my court
Can’t hang with the big dogs, stay on the porch
Blow the whistle!”

As he is wont to do Short Dawg makes prodigious use of guest stars on “Blow the Whistle,” but this is another tactic that helps keep him both popular and up-to-date. Therefore as long as the guests are good and the songs even better you can’t fault him. “Baller” featuring David Banner definitely qualifies, although it’s ironic that Banner didn’t produce the beat for it – Sonny B and Filthy Fingaz lace the filthy bass. Lil Jon handles the beat for “Sadity” while Dogg Pound rappers Daz & Kurupt handle the guest duties. The track is somewaht reminiscent of E-40’s “U & Dat,” but you’ll actually hear him flowing with Dolla Will and Mistah F.A.B. over Droop-E’s naked beats for “I Want Your Girl.” There’s plenty more to mention on this album – “Money Maker” featuring Rick Ross and Pimp C, “Hoes” featuring Jazze Pha and Bun B, but the best of them all has to be the “Keep Bouncin’ (Street).” Too $hort, Snoop Dogg and Will.I.Am of the Black Eyed Peas might not seem like the most natural combination but the beat the latter provides is so hard and G’d out you’d think Dr. Dre or Scott Storch produced it. Even though it’s $hort’s song Snoop steals the show:

Is anybody hating on Short Dawg in 2006? Well there are probably a few salty listeners out there. They would be comprised of (1.) People who didn’t like him back in 1985 and still don’t today, (2.) People who think rappers should have something new to say on every single album and (3.) People who hear Too $hort talking shit and somehow think they are personally being called out. If you’re not in any of these three categories it’s hard to imagine a good reason why you wouldn’t enjoy “Blow the Whistle.” Too $hort fans have little to nothing to complain about here because if there’s one thing Short Dawg knows how to be it’s consistant. Will he write the greatest rap of all time? No. Will he rap about pimping a hoe and breaking her for all her cash before kicking her out the do’? HELL YES. Gots to give the people, give the people what they want.