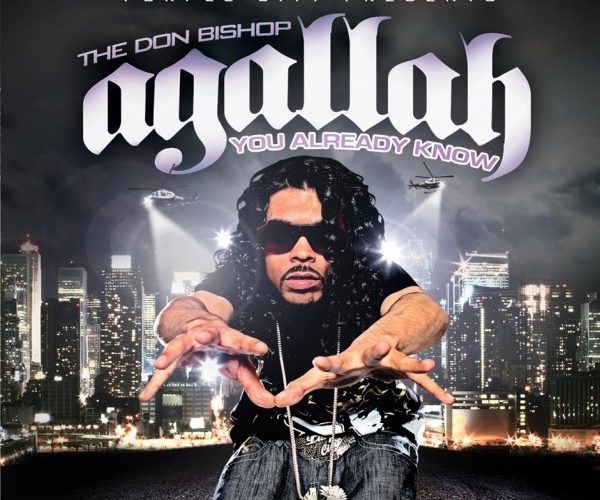 DipSet and Purple City are easy to hate. All of the core and auxiliary members rap strictly gangsta gangsta and, as emcees, each is severely limited. These guys rap about guns, bitches, and piff nonstop and are only occasionally clever. They are certainly never optimistic or uplifting, nor even philosophical about their across-the-boards nihilism. Their reliance on color gimmicks- only powder pink or purple- has always struck me as wack. They flood the market with mixtapes, pioneering the idea that “mixtape” can also mean “half-assed album.” They’re also unofficial champions of the “rhyme a word with the same word” school, the “dumb on purpose” flow. If you care about hiphop as a culture, there’s plenty to hate about DipSet and Purple City.

That said, there are a few bright spots on the roster. I like Juelz Santana’s natural charisma- I feel that he’s in on the dumbing-down-for-dollars scheme and does it with a wink and a nod. I also respect Cam’ron as a lyricist, just an exceptionally lazy one. I respect his roots in hiphop as one of the Children of the Corn (alongside Murda Mase and Big L). At its best, his stream of consciousness is unpredictably refreshing. When pushed by producers or co-stars (like Kanye and Jay-Z on Purple Haze), his inner-rapper awakens and he re-discovers a magic phonetic playfulness. Keep in mind that I never said Killa was a lazy PERSON, just a lazy LYRICIST.

The only other legitimate hiphop star down with the clique is Agallah. Signed at 17, he’s got serious roots in the game and it shows. He was the victim of a label (Elektra, oh the evil you’ve doneâ€¦) that didn’t know what hiphop was and didn’t know how to develop an artist, but check out YouTube for his “Ghetto Girls” video to see what might have been.

Back then he was known as 8-Off the Assassin, and after getting dropped from his label he spent several years hustling and living off the streets. People knew 8-Off had heat, but they figured him down and out, broken by the cold heart of the music biz. But as 8-Off saw people dog him, he got more than just older. He got smarter and colder. He chilled with Havoc and got schooled on the MPC. He started making beats, and then selling them. He also developed an undying hunger to smoke the best purple piff in the world.

After years of beatmaking, rapping, and whatever illegal shit he was doing, 8-Off emerged in the public eye once more as The Don Bishop Agallah (I assume a play on his last name, Aguilar), a predominantly behind the scenes force, the best in-house producer Cam’s Diplomats had. As part of the Purple City offshoot, Agallah got the chance to build a serious beat rep, and by the time his mixtape “Propane Piff” dropped a few months back, he finally had the streets’ ear.

“Propane Piff” was reviewed on this site by me, and though I was initially impressed (though not floored) by the results, I found that I didn’t stop listening to the disc as quickly as I expected. Sure, a lot of the songs were just gangsta ignorance and a good amount of the beats were too cheap for me to care about, but there was a raw quality to his delivery and an alternately over-the-top and dry sense of humor that kept dragging me back. I tried to tell myself that this ignorant piff music was making me dumber, but I didn’t care. It was audio crack.

I didn’t know exactly how deep Ag was in the game until I checked out the track list on his new LP, “You Already Know.” DJ Premier, Alchemist, Kool G. Rap, Dead Prez, and the Nappy Roots make up one damn impressive supporting cast. Prodigy also drops by for a cameo, a few encouraging words about how he remembers when Ag used to chill at the crib. Not only is Ag supported by serious heat, he’s backed by bonafide legends. Out of all the people on DipSet/Purple City, only a few would truly respect a Premo endorsement, let alone know what to do with a beat. Certainly nobody in Ag’s clique could co-produce songs with Alchemist and not get embarrassed. Agallah is a special dude and he’s finally getting respect.

Getting a cut from Premo is a once in a lifetime thing, and it’s nice to see Agallah rise to the occasion. The song “New York Ryder Music” is a windswept, minimalist anthem, and Ag stomps all over it in his signature style. He takes bites out of the beat, truly excited to get a track from one of his idols. He finishes each verse with a shout to Premier that makes the legends cuts and scratches sound like part two of a brand new rap tag team. Agallah definitely did not waste the opportunity. Check out the video on YouTube.

“Ride Out (O.G.G.G.)” features Alchemist and is another banger. The beat is just vicious, cementing Alc’s latter day steez of slightly-tweaked Dre-isms. Ag waxes gangsta, but brings himself to a boil, getting amped and letting it show. Alchemist shows up again to co-prduce “On the Ave,” a tornado of furious strings and devastating bass knocks. Ag kills it. G. Rap pops up to rap over 80’s hair metal guitars, and his never-mellowed gangsta is a perfect foil for Agallah’s violent vitriol. The two sound completely natural. Negative as hell, but sick. Both Stic.Man and M-1 show up on separate songs, and they bring out the thinker in Agallah. I usually fell vaguely discriminated against when Dead Prez raps, but I can’t deny their skill and both fit like a glove over Agallah’s aesthetic. Nice, nice, nice.

The rest of the album is a lot worse. There are a few gems like the uptempo G-Unit burn of “Club Hoppin’,” but for the most part Agallah’s own beats are repetitive, workmanlike meditations on darkness. He clearly summons the most effort when rapping with talented peers, but there are enough of those peers here to make this album hot.

Agallah is lazy like Cam’ron is lazy, and my advice to them both is this: if you’re too high off purple to care about doing something good, don’t automatically go gangsta. You’re both entertaining if you just let your mind wander. Do that. You’re both too cool for posturing.

I wasn’t really feeling the Nappy Roots’ “Mama” joint; I feel there’s too many â€˜I love my moms’ songs as it is, but this one adds not enough to the genre to justify its existence. Still, I love Agallah for holding his own with Alchemist (check out their ’99 classic “Crookie Monster”) and for not blowing his Premo opportunity. That G. Rap and Prodigy deign to drop by indicates serious respect, and I’m glad to say it’s all warranted. I like that there’s a side of Ag that just enjoys rolling around listening to Bobby Womack, a side that wishes he could go back to the “old school/ before the Pro Tools.” He lapses into clichÃ© like any other piffed-out gangsta, but don’t sleep on Agallah for that real hiphop. Maybe you’d count him out just for being down with Purple City, or maybe you’re one of the lucky few that already know.