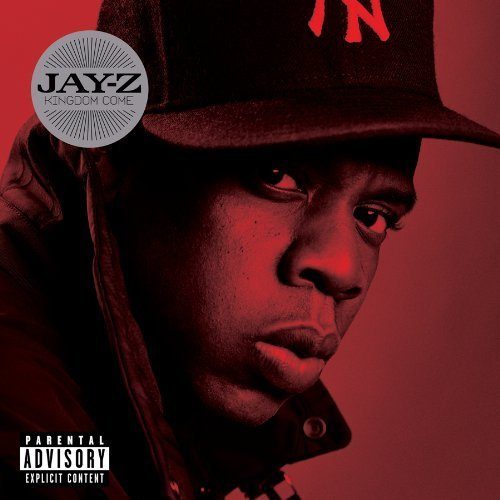 A short list of gross understatements for your entertainment.

It may be obvious which one of those three doesn’t belong, but what’s less obvious is that “dying to hear new Jay-Z” is what really seperates Jay-Z from the other two items on the list. There are not any people camping outside their local Circuit City or Wal*Mart to get Jay-Z’s new album, nobody is being stabbed or shot outside the store when they purchase “Kingdom Come,” and certainly nobody is being followed to their home and jacked for it when they get out the car. If anybody is “dying to hear” Jay-Z it’s metaphorically only, and not in real life. That being said it’s still a gross understatement because Jigga is still one of rap’s hottest artists even after a few years of self-imposed retirement. At $12.99 or less a pop and with presumably a million copies shipped to stores on release date, the quantity and price point ensures most music fans will cop it. MUSIC FANS – not necessarily just the rap and hip-hop heads who read a site like RapReviews.com. Jay-Z’s music transcended his genre long before he did collaborations with R. Kelly and Linkin Park. Shawn Carter in fact transcended recording albums altogether, as his business acumen was equal to or greater than his rap skill, and he moved behind the scenes and up the corporate ladder. Think about that – as great as albums like “Reasonable Doubt” and “The Black Album” were, they don’t compare to becoming the CEO of a corporate juggernaut like Def Jam. Those are not jobs that are handed out to musicians just for selling millions, or Mariah Carey and Michael Jackson would be CEO’s too. Jay-Z had truly done everything there was to do in rap, had worldwide fame and acclaim, and stepped off at his peak to take on a whole new challenge. He was done… and yet the allure of the game kept calling him back. “Unfinished Business” and “Collision Course” were tantalizing teasers, but once “Show Me What You Got” hit the block it was obvious he never really retired at all – he just took a little break:

“Young, no two alike like a snowflake
OK! Show me what you got baby
Words is slurring engine purring
Mami frontin but I’m so determined
Shots of Patron, now she’s in the zone
I ain’t talking about the two-three Mami in the zone like the homie 2-3
Jordan or James, makes no difference
Boo I’m ballin the same
I am the Mike Jordan of recording
You might want to fallback from recording
But you right it’s not important
So it forced him to go for the hype
For being brave and may applaud him
Well misery I will assure them
Oh baby just ignore them
Truth or dare mami listen and learn
I got a drop I just took off the top, it’s your turn”

It’s not everybody in hip-hop that can take the funky horns of Wreckx-N-Effect’s “Rump Shaker,” mix ’em with samples of Public Enemy’s own Flavor Flav from “Show ‘Em Whatcha Got” and come up with something new that’s doper than either of the two, but Just Blaze proves once again why he’s one of rap’s best paid producers while Jigga proves he’s still one of rap’s wittiest ballers slash orators. That’s always been the most impressive thing about Jay-Z – his sterling ability to easily transition from making pimpish raps into subtle jewels you would expect from a rapper without the Bentleys and the bling bling. “Lost One” serves as both second single to “Kingdom Come” and proof of his aforementioned versatility:

“My nephew died in the car I bought
So under the belief it’s partly my fault
Close my eyes and squeeze, try to block that thought
Place any burden on me, but please, not that lord
But time don’t go back, it goes forward
Can’t run from the pain, go towards it
Some things can’t be explained, what caused it?
Such a beautiful soul, so pure, shit!
Gonna see you again, I’m sure of it
‘Til that time, little man I’m nauseous
Your girlfriend’s pregnant, the lord’s gift
Almost lost my faith, that restored it
It’s like having your life restarted
Can’t wait for your child’s life, to be a part of it
So now I’m child-like, waiting for a gift
To return, when I lost you, I lost it”

Dr. Dre and Mark Batson provide a simple but deadly piano medley for Jay-Hova and guest star Chrisette Michelle to craft a classic. CLASSICS are what Jay-Z is all about, because even in those rare instances when he’s had a mediocre album he’s still created memorable songs like “Hard Knock Life” that have not only cemented his place in hip-hop history but become interwoven into pop culture to the point they become fodder for parodies from Mike Meyers and Weird Al Yankovic. It’s often said you know you’ve made it when people want to either imitate you or make fun of you, and Jay-Z’s certainly got equal amounts of both. His motto on “Kingdom Come” though can be simply stated as “often imitated, never duplicated” because no matter how many people try to do Shawn Carter, only Shawn Carter can do Jay-Z. Only Jigga could collaborate with Kanye West on the boards and John Legend on the hook and create a song as simply dope as “Do U Wanna Ride.” The funny thing is even when Jay has the opportunity to floss like a boss, sometimes he just can’t help himself from dropping gems in his rap:

“Know why they call The Projects a project, because it’s a project!
An experiment, where in it, only it’s objects
And the object for us to explore our prospects
Sidestep cops on the way to the top – yes!
As kids we would daydream, sittin on our steps
Pointin at cars like yeah that’s our sex
Hustlers, prophets, made our eyes stretch”

From there Jay pays tribute to all those who got in the hustle with him, noting that far too few got out of it alive – words of wisdom to the youth wrapped up in a song that would’ve been dope with or without the advice. Jay-Z comes correct throughout his entire return. He gets smooth on the DJ Khalil produced “I Made It” noting he’s “ghetto like the grease when you gettin your hair braided” but “sweeter than your sister Kool-Aid is.” He gets rough on the Dr. Dre produced “Trouble,” over an initially jarring electronic beat that’s ultimately smoothed out with ivory keys and raps like “It’s just a matter of time before the steady hate/ starts to overflow, then the levee breaks/and my conscious go, you escape the RICO/why throw everything away over ego.” Would it be safe to say Jay is consistantly dope no matter who drops the beat though, whether it’s The Neptunes on “Anything” or Swizz Beatz on “Dig a Hole?” Yes. To put it simply, “Kingdom Come” is everything you expected without the short supplies in stores or the $500+ price tag, and is probably a better investment for your entertainment anyway. Don’t wait until the after Thanksgiving sales, pick this one up with due haste. It’s good to have Jay back from retirement, and here’s hoping he’s not going back to it soon.