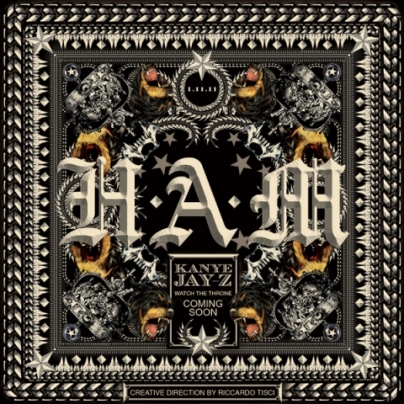 I’m very lucky with my close circle of friends. I say “lucky” but over the years, either actively or passively, the bad apples have been eliminated, and I’ve got a good group who I can trust. It takes effort and humility, but in various respects, they are a second family. In the past, however, I’ve butted heads with certain friends, and it’s usually due to subliminal competitiveness. Sometimes, there will be friends who take the “alpha male” thing a bit too far – that “I will not lose… EVER” attitude into areas of their life which don’t demand it. Having determination and a never-say-die ambition almost always tends to yield rewards in education, the sports field and the workplace, but it should be left at the door in most other parts of life. For instance, relationships – where actively trying to win one over your partner automatically makes both of you lose – or family. But, in particular, friendships – simply because it is frequently more subtle.

One of the biggest arguments I ever had with a close friend was when he was drunk, clearly cut up over a girl and just lashing out at anyone close. He took it too far once, and I had to step in, catching his irrational ire. Perhaps inadvisably, I told him that “friendships aren’t a competition” – true though it was, it tipped him over the edge, as he prized everything on his ultra-keen competitive edge. We talked it out the next day, and sorted it out like men – it proved to be something of a watershed moment in our great friendship. Where am I going with all this, you’re starting to wonder, and what on earth does it have to do with Kanye West and Jay-Z? Well, around the same time that the aforementioned friend and I started to really hang out, so did West and Carter. The public interplay between the two has been quite fascinating over the last decade. What’s more, the dynamic between the two has changed, at least from the outside looking in.

One of the things that drives me wild about Kanye – probably because I possess way too big a mouth to be like him – is that he refuses to criticise people. Seriously, he can be pushed to the brink but he just doesn’t do it. That is, in the rap game, probably as severe a sign of weakness as there could be – but karmically speaking, it is incredibly admirable. Even in 2007, with 50 Cent chucking barb after idiotic barb at him, he refused to rise to the bait. That doesn’t mean that West doesn’t make spectacularly bad decisions in public (e.g. Taylor Swift etc.), but it does mean that he doesn’t have a host of enemies as a direct result of clashing with them (publically, at least).

Jay-Z has now adopted the mantle of revered and untouchable legend – he’s been there, done that, built the empire, sold the t-shirt. It’s easy to forget just how many trends he has set, how many albums he has dropped, hit singles that has been bumped everywhere around the world, and how hot his chick is. On paper, he is the ultimate alpha-male, who succeeds in virtually everything he does because his competitive edge is so sharp, and his nous is near unparalleled. Yet, Jay-Z’s seldom-revealed human side has, very rarely, offered chinks in his armour – the biggest of which seems to be his inferiority complex, his insecurity when compared to other rappers. One of the best blogs I’ve ever read, specifically dedicated to all things Nas, breaks it down nicely, better than I ever could. Jay had always felt in awe of Nas, and sought approval from the generation of greats that had a two year headstart on him. Perhaps that explains Jay’s desperate need to be THE anointer (think any fucking record over the last 18 months a la “Mr Carter”).

So where does West fit into all this? Well, Kanye knows – however much it hurts him – that he will never be the pure great MC that Jay is, even if he scores the occasional victory over his “Big Brother” (e.g. “Never Let Me Down”). The difference is that, despite all of West’s public confessions and apparent insecurities, few (if any) of them appear to relate to him doubting his own artistic brilliance. He seems to aim for reaching Jay’s heights in the MC arena, generally fail, but not be bothered – because he circumvents it by having a far wider-reaching artistic net. “Everything I’m not made me everything I am” seems to have been a successful mission statement, indeed.

This could be perfectly illustrated by their last two albums. Jay-Z either releases albums like “Reasonable Doubt” or ones like “Hard Knock Life: Volume 2” – that is to say, critical darlings or shitty half-assed efforts which sell by the bucketload thanks to 3 or 4 hit singles. “Blueprint 3” was a wildly divisive album, one that – I felt – was lazy, contained sub-par insecure raps, and was limited to about 3 or 4 genuinely memorable songs. Kanye’s latest LP? He didn’t even bother with singles, and it is a front-to-back musical marvel. Sure, the lyrics and content matter aren’t the greatest, but they are still strong. And, yes, it has universally been declared a musical classic (although, of course, time will tell). Either way, for someone with an ego as big as Kanye’s, he has a remarkable LACK of it when recording an album. I’d now argue that the only album of his that was unsuccessful artistically – because whilst I didn’t really feel “808’s & Heartbreak,” I still respect that it was a necessary and ambitious project – was his third effort “Graduation,” an album that seemed to be loosely based on “The Blueprint.” Whilst “Graduation” sold healthily, contained a strong first half and confirmed his status as an international icon, it falls short when compared to every other album of his, simply because he doesn’t commit to an idea, and see it through all the way. It’s interesting that it’s his most Jigga-like album, and also his “worst” conceptually.

On to “Watch the Throne” – the forthcoming collaboration between Kanye West and Jay-Z. Whenever it is released (allegedly March 1st 2011, with the first single apparently dropping TODAY), it’s sure to whip up excitement, simply due to the fact that it’s never really happened before – two of the biggest dogs in the game releasing an album together. One has to ask, what’s the agenda? Well, back to the original point, that competitiveness between friends. It can creep in and ruin the best of friendships, the most mutually-respectful relationships. For what it’s worth, you can occasionally pinpoint little bumps in their alliance. Jay’s alleged poaching of Chris Martin (of Coldplay fame) riled West, as he detailed on “Big Brother.” Since then, however, the Carters and the Martins have had a fruitful friendship, so the end seems to have justified the means for Jay. Another point is that Blueprint-referencing “Graduation” album – Jay came and mastered the mic just two months later on “American Gangster.” Or, Jigga killing the “Diamonds” remix mid-retirement. Or Kanye’s infamous and sabotaging “inside job” (as one review claimed) on “Blueprint 3,” whilst his own album “My Beautiful Dark Twisted Fantasy” ended up being a classic. This is all speculation from the outside looking in, but that doesn’t mean it’s not true.

The rap game is the most ridiculous ego-fuelled, machismo-driven, masochistic thing on the planet, save for (maybe) wrestling. Never EVER underestimate the other guy’s ego. Kanye comes across as the kind of guy that “only wants good things for people” but hang around a bunch of rappers for a decade and try to maintain that attitude. Jay-Z? Just look at his disastrous tenure as Def Jam president – he couldn’t give a shit about other rappers, only sales figures and what’s hot. That label has never really recovered from the slump he implemented, whilst – not coincidentally, I’m sure – his own record label and publishing groups have gone on from strength to strength. Carter virtually vampirically sucked the blood out of Def Jam to fuel Roc Nation’s lifeforce: he really IS a “motherfuckin’ monster!”

How will this come across on “Watch the Throne” then? Just last year, Nas & Damien Marley released a classic in “Distant Relatives,” and achieved it by: letting Marley conduct the music/feel of the album; both artists setting aside their egos at the door; both focussing on a perceived “greater good” (in this case, Africa, ancestry and friendship). “Watch the Throne” – from the title alone – sounds like an altogether different kettle of fish. You would think that Jigga would have the good sense to let West focus on the musical side, sure. But you’re asking two of THE biggest egos in the rap game to leave them at the door; two of the five most popular rappers on the planet to be deferential, and focus on a greater good, by bringing out the best in each other. Will Hova be more concerned about sales, respectability or simply coming out on top of West? Will Kanye relinquish his obsession with trumping his “Big Brother” and just let the songs speak for themselves? This is already set up to be an album of glory or doom, huge success or monumental failure. Expect anything but an average, middle of the road and unforgettable vanity project… “Watch the Throne” will either be a great album by great friends, or the setting for a subliminal joust between Kanye versus Jay.