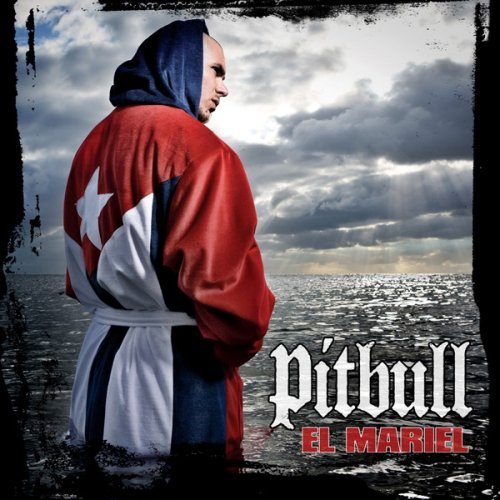 as reviewed by Steve ‘Flash’ Juon

Just to get this out of the way at the start, the name “El Mariel” is a veiled reference to Pitbull’s Cuban heritage. Over 100,000 Cuban refugees fled the country during a six month period in 1980, actually encouraged to do so by Fidel Castro in an effort to restore economic and political stability to his impoverished state. Most of these refugees arrived and settled in South Florida, creating the environment in which Pitbull – real name Armando Christian PÃ©rez – was born into on January 15, 1981. In the last ten years South Florida has become increasingly well known for it’s hip-hop scene, moving beyond the limited perception people had of booty clap rap and 2 Live Crew to a global phenomenon that includes everyone from Trick Daddy to Celph Titled to Trina to El Cubano himelf Pitbull. Pitbull takes his heritage very seriously, something shown in both the hooded jacket he wears on “El Mariel” and in the lyrics found on tracks like “Come See Me”:

“Fuck who the baddest a person’s status depends on salary
This for them Cubans losin live over Fidel’s mentality
Treat a hater like golf and put a hole-in-one
I don’t carry guns, but my dog holdin one
Y’all boys flip bricks, these boys flip tons
One time Fat Joe, rest in peace Big Pun
This how I do it do it spit english and spanish fluent
And if you don’t know I suggest you pay close attention to it”

It’s that latino pride combined with Pitbull’s straight up hip-hop flow that has made him a force to be reckoned with ever since his “M.I.A.M.I.” debut. It doesn’t hurt that Pitbull has also been on the front lines pushing reggaeton into hip-hop’s mainstream and pop culture as a whole, standing shoulder to shoulder with artists like Noreaga in believing this intense beat driven mixture is likely to shape hip-hop’s future. You can hear the reggaeton sound over and over again throughout “El Mariel” on tracks like the jumping “Jealouso,” the horn fueled funk of “Que Tu Sabes D’Eso” featuring Fat Joe and Sinful, and most particularly on “Ay Chico (Lengua Afuera)” and “Descarada (Dance)” – songs you could easily mistake for Daddy Yankee in a good way.

For those who aren’t into the reggaeton style and sound this might seem like an automatic excuse to sleep on Pitbull, but then you’d be missing out on plenty of Pitbull tracks which are dope in the traditional hip-hop way. The Taz produced “Rock Bottom” featuring Bun B and Cubo features fast rapping and a chunky bassline that sound straight up out of the Dirty South. “Blood is Thicker Than Water” has pianos that anybody from Scarface to Jay-Z would feel comfortable flowing over courtesy Cip, and Wyclef Jean guest stars on the DJ Rob-N laced “Jungle Fever” which mixes Clef’s unique Haitian hip-hop sensibilities with Pitbull’s style and gives hungry ears a deliciously pressed Cuban sandwich. Let Pitbull break it down himself:

“It’s a jungle sometimes, it makes me wonder
how I keep from goin under with all these women around me
I got ’em all colors shapes and sizes
I’m in over my head, these women gon’ drown me
Spike Lee was definitely talkin ’bout me
when he made that movie +Jungle Fever+
Cause I like them a little bit darker
Take it from the back to the front Rosa Parks”

Pitbull’s been getting slept on for a minute now but over the last three years he’s steadily improved both as a lyricist and as a musician who has as much crossover potential between two languages and cultures as any hip-hopper has in years. It would be a mistake to miss the boat on “El Mariel,” because if you get on board you’ll find a whole lot of good shit waiting for you on the journey and be more than happy with your arrival at the end, whever everybody from Lil Jon and the Ying Yang Twins to Rick Ross and Trick Daddy get down with Pitbull. Hip-Hop in South Florida is now more universal than ever thanks in large part to Pitbull’s infectious flow and machismo.