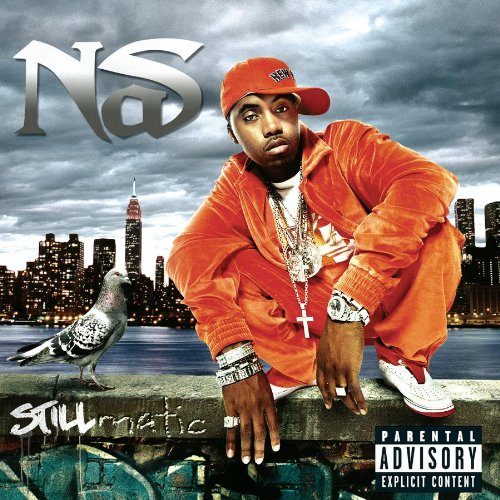 In the immortal words of Ice Cube, “Oh yeah.. it ain’t over motherfuckers.”

Writing off Nas as an MC is a common mistake that has been made one too many times over the past few years. People have been second guessing Nas ever since the “Illmatic” album dropped – a debut album as close to perfection as any rap soloist or group has ever come. Since then, Nas has been up and down a very bouncy road that started with many fans being dissapointed by the follow-up “It Was Written” and then feeling completely betrayed by the terrible all-star collaboration “The Firm.” All along, Nas kept working and writing, not allowing the haters or negativity to push him out of hip-hop. Just when the bootleg version of “I Am…” seemed ready to push him back into the stratosphere, the entire album was scrapped by Nas and the label. Again Nas fans felt betrayed, but even though some true gems were lost the version of “I Am…” that was released later was actually his best album in the last five years. Still, some people were convinced that Nas had fucked it up again, and when he released “Nastradamus” later that year in ’99 nobody gave him props for putting out two full-length albums in a year. An otherwise good album was roundly reviled by most simply because he did a duet with Ginuwine on “You Owe Me.”

The last straw seems to have been the escalating war of words between Jay-Z and Nas over who was the best rapper in New York. Even though they once seemed like soldiers in the same struggle, and both had done cameos with the same people (Timbaland, Nas, and R. Kelly among others) somewhere along the line beef started brewing. The boiling pot simmered over when Nas accused Jay of being an “H to the Izzo, M to the Izzo” on a widely dubbed mixtape that circulated back and forth between the streets and the internet. Jigga wasn’t about to let this go, and he responded fiercely on the song “Takeover” with some of the same accusations his betrayed fans felt: he was too pop, he released too many albums that were flops, and he couldn’t even outrap his own bodyguard on the song “Oochie Wally.” With the camel’s back broken and the whole world wondering if Nas would respond, the time had come to end the two year drought and wet us all with a brand new LP.

“Stillmatic” brings the career of Nas’ full circle back to where it all started, so the title is no coincidence. Whether it was being dissed by Jay-Z that got him charged, or the doubts of too many naysayers who said he had sold out or fell off, the verbal attack of his raps has been polished to the shine of a samurai blade so sharp it could split a hair in half. Musically the production has the same revival, with the long missing Large Professor back in the mix and DJ Premier providing his hip-hop magic in carefully measured doses. Over the years though, Nas has picked up some production skills of his own, and many people will be stunned that he joined forces with Chucky Thompson to lace “One Mic.” Possibly one of the tightest track’s on the album, it features a technique already used by the likes of OutKast and The Roots but perfected here – a quiet groove that steadily increases in energy and intensity until an increasingly amped Nas lets his lyrical rage boil over like a Final Fantasy fighter smacked ONCE too often. The funny thing is that this isn’t even the tightest part – he REVERSES the formula on the last verse and goes from amped up to soft-spoken, drawing you even closer into his rap:

“All I need is one life, one try, one breath I’m one man
What I stand for speaks for itslef;
they don’t understand or wanna see me on top, too egotistical
Talkin all that slick shit, the same way these bitches do
Wonder what my secrets is; niggaz’ll move on you
only if they know what your weakness is – I have none
Too late to grab guns I’m blastin cause I’m a cool nigga
Thought I wouldn’t have that ass done? Fooled you niggaz
What you call a infinite brawl, eternal souls clashin
War gets deep, some beef is everlastin
complete with thick scars, brothers knifin each other
up in prison yards, drama, where does it start?
You know the block was ill as a youngster..”

As Nas whispers at the end, “All I need is one mic – fuck the cars, the jewelry” you know that the rapper we all once called Nasty Nas has truly returned. And if you want to hear him get even nastier than that, check out his response to Jay-Z on the hilariously ill “Ether” which starts with a sample of the legendary Tupac Shakur saying “Fuck Jay-Z” over and over again. An incredulous Nas can’t believe Jigga is dissing him: “I know you ain’t talkin ’bout me dog – you, what?! You been on my dick nigga, you love my style nigga!” There are too many good disses on this song to catch them all, but a small sampling follows anyway:

“When these streets keep callin, heard it when I was sleep
That this Gay-Z and Cockafella Records wanted beef
Started cockin up my weapon, slowly loadin up this ammo
To explode it on a camel, and his soldiers, I can handle
This for dolo and his manuscript, just sounds stupid
When KRS already made an album called ‘Blueprint’
First, Biggie’s ya man, then you got the nerve to say that you better than Big
Dick suckin lips, whyn’t you let the late, great veteran live..”
“..Just Hawaiian shirts, hangin with little Chase
You a fan, a phony, a fake, a pussy, a Stan
I still whip your ass, you thirty-six in a karate class?
You Tae-bo hoe, tryna’ work it out, you tryna’ get brolic?
Ask me if I’m tryna’ kick knowledge
Nah, I’m tryna’ kick the shit you need to learn though
That ether, that shit that make your soul burn slow
Is he Dame Diddy, Dame Daddy or Dame Dummy?
Oh, I get it, you Biggie and he’s Puffy! (Eww)”

After the beef is aired out, there’s still a whole album of dope Nas tracks to fill your ears up to the brim. The first single “Got Ur Self A.. (Gun)” keeps things percolating with a bouncing piano loop (hmm, that seems familiar) and a chorus which vocally re-interprets the theme song from “The Sopranos.” And like Tony himself, Nas is out to prove he won’t fall victim to a Big Pussy. The industry and the fans may have written him off, but Nas never doubted Nas, which is why he drops gems on the self-produced track “Smokin'” and the two Large Professor tracks that follow: the symphonic laced “You’re Da Man”, and the conceptually beautiful “Rewind” where Nas tells an entire story backwards from ending to beginning without missing a beat – as crystal clear as hitting reverse on your DVD remote.

Milky is the only way to describe the next track, the Primo produced “2nd Childhood”, a track which is quintessentially the perfect backdrop to smoke a blunt or down a brew to. Again, Nas ties together the connection between “Illmatic” and his new album with this track, starting with his own story and rebirth as a shorty and then telling the tales of wild youths that never grew up to leave behind their ignorance. Even AZ showcases the skills that earned him props on Nas’ debut with nice rhymes on “The Flyest” – but then on the true sequel to “Illmatic” what would you expect?

“Follow, I’m like a Lamborghini green Diablo
Coupe VT, it’s like DVD when I flow
Feel me, I’m loved like the great late Malik Sealy
The one the player haters hate dearly, but can’t near me
Homicide can’t scare me
I o-bide by the laws of these streets sincerely, a real nigga
The type that can build with ya
Verbalize bring life to a still picture, it’s God-given”

There are only a couple of tracks that don’t seem worthy of this newly baptized Nas. “Build & Destroy” could have been a hot diss of Cormega and Nature, but the Baby Paul track is lukewarm and re-interpolating BDP’s classic “The Bridge is Over” doesn’t work. “Braveheart Party” is not a bad Swizz Beatz track, but Mary J. Blige doesn’t mesh with it well and the overall sound is kinda weak. “Rule” may leave some people flat but it’s the most debateable of these three. I actually enjoyed hearing the Tears For Fears track be re-interpreted as hip-hop, but some may deride it as even more pop and crossover than “You Owe Me” was on his last album – a style that is not annoying from Nas in SMALL doses.

Closing with “My Country”, the Salaam Remi produced “What Goes Around” and the bonus track “Every Ghetto” gives this album a perfect finale for a rapper who rose like the Phoenix reborn from the burning fires of a fickle rap public and hateful remarks of envious MC’s. The poetry is back when Nas raps, “My skin is an art gallery right? With paintings of crucifixes; hopin to save me from all the dangers in the music business.” Nas has never lost his touch for being Nasty, but maybe at long last “Stillmatic” will silence the critics who never thought he could do it again. While no album may ever top his debut’s brilliance, this one comes close enough to make even his most passionate haters happy to hear the raw essence of hip-hop revealed in all it’s true glory.