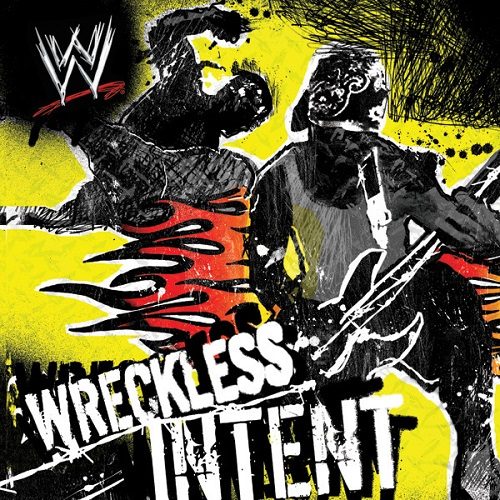 WWF Aggression” CD back during the “Attitude Era” days. At least their ambivalence is somewhat helpful compared to what WCW did – nobody wanted to see No Limit Soldiers in a wrestling ring.

The WWE’s new “Wreckless Intent” CD of wrestler themes is not overly abundant with hip-hop tracks, but the ones that are on it are definitely worth discussing. In fact the first one is downright puzzling. Jonathan Coachman a.k.a “The Coach” had a perfectly serviceable hip-hop instrumental with a strong beat for each of his entrances, whether he came out to the announce booth or the ring, long before this CD was released. New is always better though so they’ve enlisted the services of Collipark Music recording artist Homebwoi to record “Hard Hittin’,” and naturally Mr. Collipark does the beat. There’s two problems with this scenario – one is that Coach hasn’t been seen on WWE programming in weeks so this song is non-existant on TV, and the other is that you wouldn’t want to hear it on TV anyway. The beat’s just plain weak and Homebwoi says nothing interesting about himself:

“V.I.P. at the Grammy Awards, now top that
Mr. Collipark keep the money comin in
Puffy don’t party like the Ying Yang Twins
Cadillac boy, mack time ’til the end”

Et cetera. In fairness Homebwoi may be a decent artist but you would think if WWE was going to commission new music for a minor character they’d get a much better known name and much better song. Hell even Shane-O-Mac gets to come out to a track from Naughty By Nature. Speaking of big names though WWE did come through with the Oscar award winning Three 6 Mafia to do a new song for Mark Henry entitled “Some Bodies Gonna Get It.” They’re going to perform the song on Friday Night Smackdown this March 26th (UPN, check your local listings) but here’s a little taste of the track in advance:

Even though Three 6 Mafia has never been known for the greatest lyrics alive the simplicity of the track is actually perfectly suited to Mark Henry, a big mean strong man who doesn’t do any technical wrestling – he just hurts people. You wouldn’t give Mark Henry a track by Pharoahe Monch to come out to, and as is usual for the Mafia they provide a pounding pulsating beat for the backdrop. It’s certainly WAY more interesting than Homebwoi’s track. Falling somewhere between the two is the new version of Rey Mysterio’s “Booyaka 619.” The original was a fine hip-hop/reggaeton style spanglish track by Rey Mysterio and Mad One, but the updated track has been re-recorded by rock group P.O.D., who performed the song live for Rey at WrestleMania 22:

It’s not that there’s anything wrong with P.O.D.’s song if you’re into their brand of hard rock, but all the latino machismo of the original version seems to have been sucked out despite keeping the lyrics almost exactly the same. They could have at least offered the first “Booyaka 619” as a bonus track considering it’s never been released on CD before, but WWE can be incredibly shortsighted that way. The rest of the hip-hop content is a mixed bag – there’s a little bit of rap in Desiree Jackson’s “Holla” for Candice Michelle, but much like the woman herself it’s both pretty and vapid. The DJ Chucky produced “Quien Soy Yo (Who I Am)” by Kaballion is pretty interesting, but Carlito Carribean Cool is the LAST person who needs new theme music right now after having just turned babyface. Perhaps strangest of all is the inclusion of Silkk the Shocker’s “I’m Comin’.” First of all the song is not attribute to any specific wrestler or show – it’s just there. Second of all has anybody really cared about Silkk the Shocker in five years or more? It just doesn’t make any sense.

Overall the percentage of hip-hop on “Wreckless Intent” is not bad for a CD from WWE – a minimum of four and a maximum of six tracks depending on how you count and which ones you consider true to the art. Split the difference between them and that’s five, which accounts for one-third of this release on the whole. Now if they had hit a homerun each time out during that one-third it would all be gravy, but aside from the Three 6 Mafia track for Mark Henry they struckout each time. Here’s some words you won’t often read on RapReviews.com – don’t buy this album for the rap. I hate to admit it but all of the best tracks on here are rock songs – Mercy Drive’s “Burn in my Light,” Saliva’s “I Walk Alone,” and most of all Motorhead’s “King of Kings.” These are crunchy hard hitting songs with the kind of fire and attitude you would expect from a WWE wrestler’s theme song. WWE seems willing to embrace hip-hop attitude and push wrestlers of color these days, it’s just sad that they go about it in a half-ass way instead of getting 100% behind the effort.