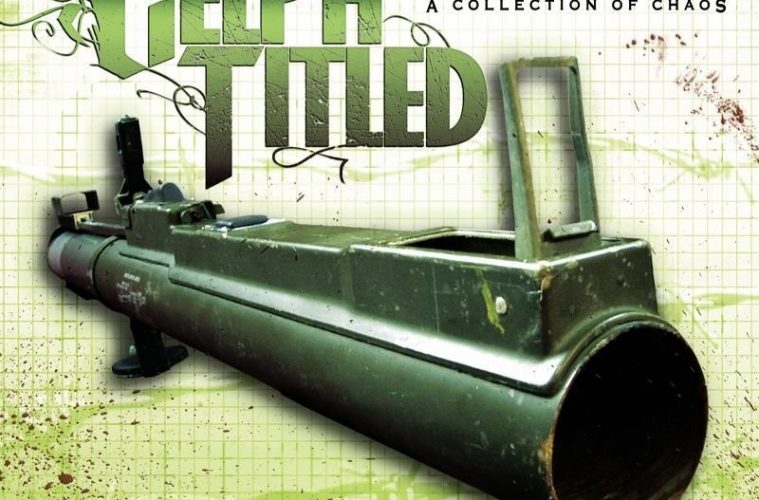 Celph Titled :: The Gatalog: A Collection of Chaos

Celph Titled has never released a proper album until now. It’s a surprising fact as I just assumed I had just overlooked him as I have countless other artists, but the truth is that despite a large fan base and many dope appearances he’s never dropped a proper album. “The Gatalog” isn’t such an album either as it consists of a collection of rare, unreleased, and collaborative tracks that Celph Titled has done. Actually, it’d be closer to the truth to say that this collection probably encompasses all the work Celph Titled has done in his career since it consists of 4 CDs and 75 tracks. Priced at the cost of a single album “The Gatalog” is a truly astonishing bargain that any hip-hop fan should cop. While even I am a relatively new fan of the self-proclaimed “Rubiks Cuban,” I’d be surprised to find too many rap fans who wouldn’t be taken in by Celph’s perfect mix of raw hip-hop braggadocio and raw street attitude. With such a large offering, “The Gatalog” is definitely something you want to ingest over time, but after you’re done you too will be singing his praises.

Celph Titled is a unique rapper that maintains a slick balance between rap’s more playful side and rap’s street side. The fact that he’s been featured on J-Zone’s albums should give you some idea of what he’s about. On “Spoiled Rotten” he trades verses with Zone and gives a good glimpse of what to expect:

“Back on the motherfucking set, Zone pass me the glock
So I can blast and leave a hole the size of Flava Flav’s clock
Even niggas hated a jock, you paid and broke
We from the hood where we beat on kids with cables and ropes
Load the hammers in the car before I bust back
Crash a bike in your face and leave you with a handle bar mustache
Celph Titled fell off, what made you think that?
Came here to downsize the game, no CDs just shrinkwrap
…
I don’t care what Biggie said, I still dream of fucking Xscape
That big girl â€“ could find out â€“ just how my third leg taste
I like my pockets fat, and my bitches fatter
Up until I was ten I though my name was just “Little bastard”
Niggas rap to pay they bills but never got cash
I catch you with the bomb putting bullets through your shot glass
Knock your motherfucking pro tools off sequence
Y’all niggas like Dr. Dre back in 83 â€“ all sequins”

Celph basically drops equal quality verses track after track for 75 straight tracks. The production doesn’t keep as high a consistency as Celph’s verses but still stays good throughout. To say there are any stand out tracks would be difficult, but Celph sounds great jacking Premier for beats on “Primo’s Four Course Meal” and blows all his better known counterparts out of the water on the Fabolous, Hot Karl, and Redman assisted “Blao!” On every disk there were at least 10 tracks worth repeating and even the “freestyles” were doper than a lot of rapper’s songs. For the most part the guests emcees are equally dope since they mostly come from the Demigodz family, but every now and then a guest rapper does sound wack. Still, with so much material and so much of it being good there’s not reason not to peep this CD.

Honestly, this is more of a full page advertisement than a review and Celph’s label ain’t paying me a dime. Why I have to advertise what should be a no-brainer purchase I really don’t know, but I’m going to do it anyways just in case you didn’t know this had dropped. If not for the quality of the music, the sheer quantity of the music, or the clever title, at the very least the mere novelty of owning rap’s first Quadruple album (don’t quote me on that) should be enough motivation to pick this up. I mean at 75 tracks and with probably as many guest rappers and different producers, even if you end up hating Celph you should find at least a few tracks to please your ear drums. While cheap compilations that give you way more quantity than quality are a dime a dozen, a package such as “The Gatalog” rarely comes along and when it does it usually demands you drop change in multiples of $10. So grab this while you can as it’s advertised as a “Limited Edition” and you definitely don’t want to be left out.