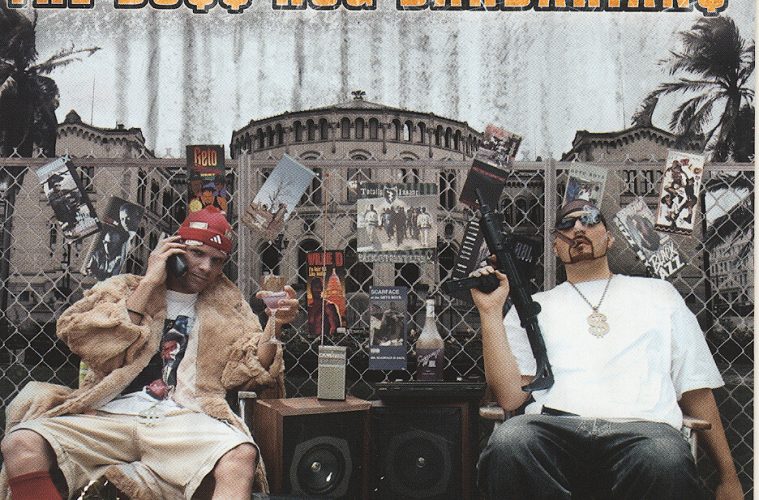 The Bo$$ Hog Barbarian$ :: Every Hog Has Its Day

Since you’re probably saying “Why?” and “WHO?” right about now, let’s cut to the chase – The Bo$$ Hog Barbarian$ are J-Zone and Celph Titled. You should already know who Zone is from his many hilarious self-produced albums like “Pimps Don’t Pay Taxes” and “A Job Ain’t Nothin’ But Work.” Anybody who’s a fan of J-Zone would likely recognize the name of Celph Titled or vice versa. One of out of every three indie label singles to come out of New York seems to have Celph Titled’s beat AND guest rap verse on it. Both of them are unbashedly proud of their work and their nasty-ass punchlines, so putting them together is bound to result in some tight shit. Celph certainly kicks it off in trademark foul-mouthed form on the fat J-Zone produced “Givva Hog a Bone”:

“I’ll never take a bitch to Red Lobster, you should know that pa
Cause if I do I’ll cut her throat with fuckin snow crab claws
In ninety-five niggaz thought I was dead
I got jumped by Latin Kings in West Tampa and came back with a blammer
On the police scanner like the Cypress Hill intro
My life’s ill, schitzo, sometimes broads and pimps though
The rap Balki Bartokomous, put gats down the esophagus
of cock slobbin bitches fuckin up my shoppin list”

Zone is not about to be outdone on the Celph Titled produced “You Got Mail” though:

“J-Zone as a kid I was chubby, as I got older I got skinny
Only thing that ain’t changed I’m still ugly
But a bitch’ll still love me, even though I ain’t pretty
She’d be like – ‘His dick is still chubby!’
That bitch bought me a rugby when my mink was in the shop
Don’t kiss or hug me, wash my dick in the sink and I hop
We call your girl Triple P Paulette (why?)
Take her to Popeye’s, the parking lot, Port Authority and then jet”

The idea should be pretty clear at this point – Zone and Titled decided to do a concept album where they share beats, rhymes and bitches. Obviously this is going to be R rated for foul language and bad attitudes towards the female gender, but for the humor value of the rhymes and the sheer headnod of the beats it’s rated F for fat like Zone when he was a kid (just kidding you Old Maid Billionaire pimp). Highly recommended songs include the heavily funkalicious “Hog Luv,” the hilarious Troutman-esque “Dog Show Pageant” and the cinematically epic “Celph Destruction” – although quite frankly it’s hard to go wrong with any song on this CD. Do like a hoe should and put your money where Celph and Zone’s wallets are – “Every Hog Has Its Day” and this duo are definitely having theirs.