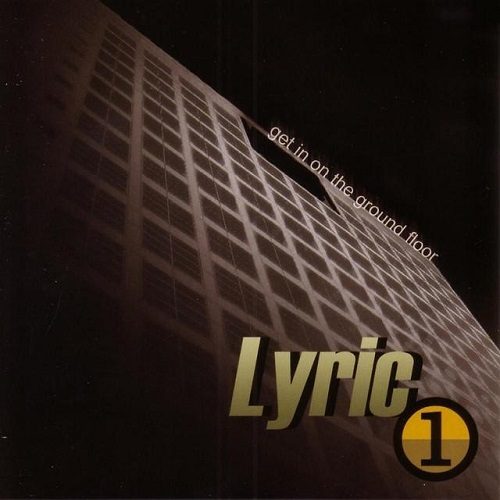 Lyric1 :: Get in on the Ground Floor

Where’s this surge of Canadian rappers coming from? As my second Canadian album in the past couple months from featured artist Lryic1, I’m beginning to think it’s becoming a current trend of some kind.

With an influence in lyricism and inspiration not only from Nas, Outkast, Murs, and Jay-Z, a large portion of it comes from his parents who met in Uganda and fled during the Idi Amin regime, the subject featured in the movie “The Last King of Scotland.” Lyric1 began his emceeing during his teenage years and hasn’t stopped since as he has appeared on MTV Canada and regularly performs at shows throughout Canada. Through it all, he maintains a close connection to his Southeast Indian roots.

As the hip hop scene was slowly becoming more prevalent in Canada, Lyric1 made the move to Calgary from his hometown of Saskatoon in search of greater prospects in rap music. Building a name for himself with his new album “Get in on the Ground Floor,” the album encompasses a variety of production and introduction to his lyricism, yet maintaining a classic sound.

“Get in on the Ground Floor” begins with an opening track to set the tone for the album in “Intro (What If).” With its abstract beat full of rhythmic horns and slow bass line Lyric1 reflects on how his life would have been altered if his family did not flee from Uganda as he says:

“My emotions is whiling inside me like a cauldron
Stirring up feelings I thought were once forgotten
How I’ve gotten this far, but I still got a ways to go
It’s like I know it’s coming, but it still takes too slow
Let ’em know…
Would I still rip the mic
Destroy every show
Or would I have kept it quiet
Been coy with the flow
What if my life started out on a different scene
What if my parents never had to flee Idi Amin
That would’ve meant no passport, no ticket out”

Over a funk beat with blaring horns, Lyric1 puts opportunity and judgment into perspective in “Coulda, Woulda, Shoulda” as he ponders the idea that the “Decisions that we make/Can’t help but make us wonder/Did I do the right thing or did I make a blunder.” Ahhhhh those coulda, woulda, shouldas.

In an interesting twist on love shown in “Dead Man Walking” featuring Aaron Kukko on the guitar a story unfolds through the lyricism of Lyric1 and the singing of Kukko. They both share a story about a man who finds his loved one murdered and in revenge decides to kill her murderer. Ironically it becomes apparent in the end as he is the one that ends up being charged for both their murders with his fingerprints on the knife. In an interesting turn of events, the track signifies that ultimately, love has no boundaries.

“Get in on the Ground Floor” also introduces some commanding production throughout the album to add some variety and selection with key production skills from The Alchemist on “Forever Movin'” and accompanied lyricism from Deezuz. The album’s title track, “Get in on the Ground Floor” produced by DJ Rogue adds some much needed variety to the album with the track’s multiplicity of sounds ranging from a synthesized ominous intro to an integrated cadence of reverberation. It introduces a wide array of tones and resonance that individually seem unusual, but when put together it is crafted into a complex sounding track. Also, “Where Ya From” produced by Adollaz features an impressive bhangra infused beat with lyrics surprisingly inspired by negative comments made about Indian rappers.

Although somewhat of a predictable album, check marking each of the favored topics of most debut emcees including admiration for one’s hood in “Saskatoon,” lyricism aimed at all the other emcees in the game in “”Real Rap,” and relationships with females in “Phone Call,” Lyric1 puts out a valiant effort in “Get in on the Ground Floor.” With a little more command and control with his delivery and attempting to step it up a notch with the content in his lyricism, Lyric1 has a prospective future in the rap game. In the end, we always have to start at the “ground floor” to make it happen.

Lyric1 :: Get in on the Ground Floor
6.5Overall Score
Music7
Lyrics6