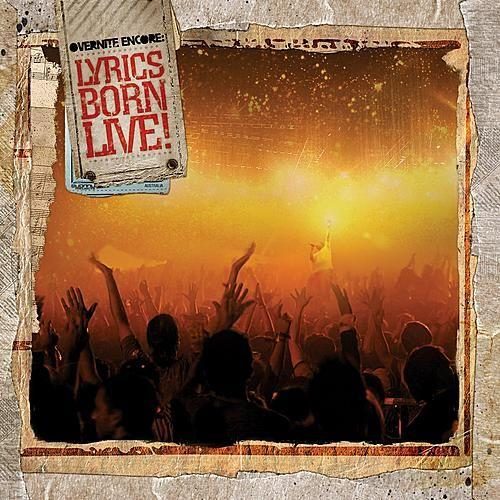 Exhortations to put down your mouse, pick up your wallet and go to the store are a bit old hat by now for both this writer and this review site. Nonetheless with all of the complaining that the music industry is going to hell, people bootleg more than they buy, and nothing with a positive message and progressive attitude gets released there’s simply no excuse for not having bought Lyrics Born’s “Same !@#$ Different Day.” Even though the album is two years old now it’s still as sweet as a juicy California orange, which is no surprise given that’s the state he reps the most. What, you were thinking all oranges were from Florida? Well that would fit too actually given Born attended high school for four years in Tampa. Nonetheless the point is the same – Tom Shimura, a.k.a. Lyrics Born is FRESH FRESH FRESH. Born is the perfect word as the man is always giving birth to that next shit. He has no time for bitching and moaning about the sorry state of hip-hop or the music industry. In fact he probably puts it best in person on “Overnite Encore: Lyrics Born Live!” performing a song from his “Later That Day” album called “Stop Complaining”:

“Now many songs do you figure that I’ve written
Since I originally started making records in this business
Back beginning in college, and it’s been a menace since then
But the principal challenge, it ain’t really that different
It’s about me not repeating myself at all
Or at least repeating myself the least amount, I suppose
The reason being is that we need some songs
That lead us off the beaten path between my rhymes
But listen though, it’s difficult now-a-days
To really go against the grain, get you some accolades
Especially with these frigid, finicky, fickle-ass motherfuckers
Think they finally figured you out – SING IT WITH ME ALL!
Stop com-plai-ning – I NEED TO HEAR EVERYBODY IN HERE
Stop com-plai-ning – THAT’S WHAT I’M TALKIN ABOUT”

That’s right y’all. Al Sharpton, stop your crying and whining. Oprah Winfrey, stop spending all your free time at home with Stedman and try going out to see Lyrics Born live. In fact with the money you make you probably could have hopped a private jet straight to Melbourne, Australia to be at the show featured on tracks 10-17 or Sydney, Australia for 1-9 – August 26th and 28th of 2005 respectively. For everybody who says rap is all about that “hoe bitch bullshit” you should hear him rap “Lady Don’t Tek No,” a song which oddly enough has never appeared on a Lyrics Born album before now despite being one of his best tracks ever. How is that possible you ask? It’s because the song originally appeared on “Muzapper’s Remixes EP,” an album he recorded as one half of hip-hop group Latryx. If you’re not up on this song already, here’s your chance to get a late pass:

“Lady don’t take no shit insist on respect
Insist to walk around like a woman
She won’t speak less it’s something worth sayin
Don’t play, the girl take herself so serious
People stare curious
She got a natural way, her hips sway furious, yet luxurious
Carries herself like the cutest most purdiest
Thing you’ve seen, this side of the bay
Go about her business so purpose-fully
She got razor sharp wit and she just won’t quit
Flauntin it, body built like a house made outta bricks
She got the smile, the style and finesse
And bounded with the blessed and profound intellect
Select few have ever seen her butt naked
And they too wanna see the rep protected, cause
She don’t like violence
She can throw them things so don’t let your guard down
Her thighs are soft but her eyes are hard
You can’t just try tell her c’mon now
She did surgery with daisies
Alice Walker, Nikki Giovanni, o honey
Say she wanna be a doctor
And I’ll be some damn sure she could be teachin somebody
School to street smarts, girl ain’t no dummy”

SAY WORD. Now for those of you who are perpetually in doubt that a live album can truly live up to the in-concert experience, you might as well skip on “Lyrics Born Live!” right now. After all there’s no way you could feel how much the Australian fanbase appreciates his steelo right? There’s no way you could find yourself caught up in the moment, singing along with Born when he exhorts the crowd to do so is there? Oh and you wouldn’t want those three bonus tracks either. No I guess the Teak Tha Beatsmith produced “Knock Knock” couldn’t interest you, let alone “L-I-F-E” featuring Mistah F.A.B. or the “I’m Just Raw Remix” featuring Del the Funky Homosapien and Pigeon John could interest you. No, you don’t buy live albums, they’re just not as good as being there. Well I don’t know about you but my money’s not long like Al Sharpton or Oprah Winfrey and I don’t have a private jet to go to Australia. Quite frankly I can think of few better ways to spend an hour and fourteen minutes than listening to “Overnite Encore: Lyrics Born Live!” Born is a natural born showman. He sings and stomps and wails and raps and tears the house down with such energy and enthusiasm you can’t imagine him as anything other than completely exhausted and drenched in sweat at the end of a set. If you’ve never bought a live album OR a Lyrics Born album before now, “Overnite Encore” is a DAMN good place to start.