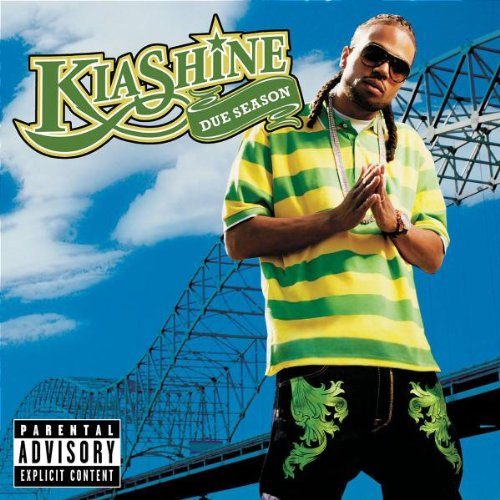 Now that the Dirty South is a certified rap institution, we should be far from surprised by the latest newcomer. Like the 1988 rap scene sprinkled with De La, PE, Slick Rick and NWA, before a region or style gels into a national phenomenon, it may allow for more experimentation and variety. But those days are long gone for the South (don’t even mention hip hop in general). So whether he’s from ATL, Texas or even Florida, the Southern MC is probably gonna be cookie-cutter and uniformly mundane in his choice of beats, lyrical content and overall stance, aping the pioneers and mixing up a generic pimp hustla…and if we’re lucky he’ll shine some light on the true innovators of the sound with a few veteran guest appearances. There’s no deviation from that formula here, as Kia Shine (who happens to be from Memphis, incidentally) delivers a standard LP of beats designed for quick catchiness and club play, lyrics that run the gamut of status quo, and an overall aesthetic that never once hints at originality. Like most rap out nowadays, my response is a big fat, “whatever.”

Being a seven-year veteran of the industry hustle, Shine knows a thing or two about what hits, and he’s more than willing to lay out his game for the listener, whether it’s a tutorial on how to sell units, pick up women or dress impressively. Unfortunately, this knowledge of commerce probably hurts his artistry. As most people infesting the game, Shine most likely loves fat paper more than fat pieces (as in graf masterpieces, kiddy). The lowest common denominator is pervasive in rap, so Shine seems to dumb down both his beats and his lyrics on purpose, cuz he know better than anyone that record labels sign this shit, radio plays this shit, and some impressionable teenagers in the suburbs drop cheddar for this shit.

The production is mostly standard radio/Southern-flavored club and car numbers, built around annoying but easily-memorized hooks and baby food digestible verses. A few beats stand out, such as the slow grinding “W.O.W.” or the bottomed-out bass of “I Be Everywhere,” but most fall flat of being anything more than cotton candy, good for a few mindless spins.

But look closer and you may for a moment think something interesting might be happening here. Or probably not. Peep the first line of the CD: “Now should I talk about my grind or should I talk about my clothes/ I don’t know kin folk/ I guess I’ll talk about â€˜em both.” Is that a hint of wink-wink self consciousness, or merely more stunted nursery rhyming? I still can’t tell. In other news, 8 Ball & MJG show up for the hometown anthem “Bluff City Classic” to remind us all that simple pimp shit can be effective when done right.

Nominations to hand out: worst female guest vocalist of the year: Wifey, who shows up twice (I wouldn’t be surprised if she was Shine’s real wifey); step-ya-game-up, sub-category: most unfortunate rhyme scheme: “I feel my flows is better/ ask your ho, she know its better/ come and see me live, I bet she say my show’s is better.” (I have a particular hatred for mono-syllabic end rhyme structures.)

To be fair, Shine is very aware he will be hated for his simplicity, as on “Swag Music” where he breaks it all down: he’s not trying to confuse anyone, so eff the critics (who aren’t, obviously, the ones he spitting for), and just “Respect [his] Fresh” (as if respecting someone for wearing an expensive shirt is logical). He breaks it down so clearly that it’s obvious he’s making rap music with the maximum selling potential, which is sort of noble in a way. But my sympathy is almost completely washed away in the same verse, when he has the gall to admit he considers himself the best in the game, beating out the likes of TI, Weezy and even Jay-Z for the crown. I know you just trying to get your hustle on Shine, but be serious… really?!?