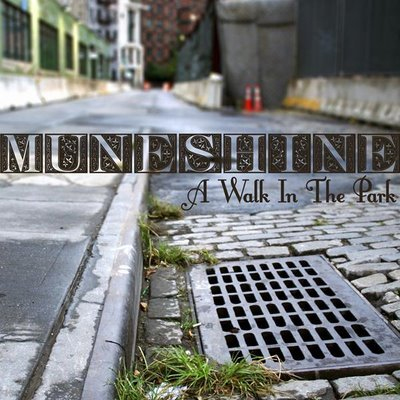 Muneshine :: A Walk in the Park

Like it is with most hip-hop fans, the production usually hits me before the lyrics do. The music is a canvas for the emcee to do with what he pleases, but if he isn’t careful, his raps can severely hinder the potential of even the greatest of beats. As I’ve recently mentioned, there has been no shortage of good beats in 2007. In fact, the year has essentially been governed by the producer, not only due to a lack of lyrical LP’s, but the sheer fact that the beat makers seem to be on their A-game.

Muneshine, a Toronto-based producer who has worked with names like Sean Price and Little Brother, doesn’t provide himself with lyrical obstacles on “A Walk in the Park,” an album full of hard hitting, soulful instrumentals. Partly modeled after early BBE Beat Generation albums, a series that has featured the works of some of hip-hop’s greatest producers, “A Walk in the Park” is aptly titled. Joggers who rock the iPod for their morning run need look no further, as it’s truly ideal. And yes, this means Aesop Rock’s Nike shit will be taking a backseat.

Sixteen tracks deep and at 55:57, the listen is smooth almost throughout, flowing cohesively due to extremely consistent sampling. Muneshine likes his beats to bang, and they certainly do. With a style that could be compared to the likes of 9th Wonder and Pete Rock (whom he has indeed collaborated with), he has a mellow approach to his music, using bass to make his tracks even more melodic. “Intergalactic” is gorgeous, building up with an appropriate, spacey sample and knocking hard. “Worldwide” shivers with a disco vibe, and “Bon Jour” is an absolute banger, riding a great French sample.

Muneshine does a good job in flipping Donny Hathaway on “Love Is Love,” and the intertwining flute and acoustic guitar of the title track soothes as much as it induces an infectious head nod. “Four Seasons” doesn’t quite do justice to the four-part Vivaldi suite (it isn’t an adaptation), but it’s a hell of a hip-hop version. Three short (and particularly nice) “interludes” help break up the album, and emcees Raks One and Realson make for the only vocals on the entire album, tearing up the closing “So Be It.”

The only scolding Muneshine might deserve is over his refusal to venture outside his comfort zone. Cool 70’s soul-jazz and straight loops dominate the album, and while he rocks it well, it’s all he really rocks. That said, you can commend him for his ear, although some of the drum loops he samples (only on a couple tracks) are immediately recognizable from other songs. Ironically, Muneshine’s upcoming album “Status Symbol” features only his raps, not his beats. That’s unfortunate.

Muneshine :: A Walk in the Park
8Overall Score
Music8