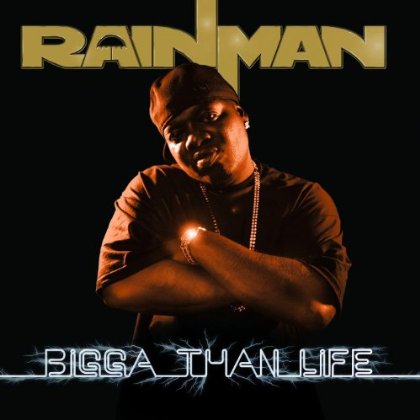 Why is it so hard for us hopelessly-naÃ¯ve rap fans to accept the fact that the boat has long since left the port, never to return (big up Marco, no pun intended)? Why do we not believe Nas as he dangles a black rose over a grave that should have long ago been filled in, grass-topped and forgotten? Sure, there’s plenty examples of passionate and innovative hip hop artists still releasing quality product, but they’re almost without exception coming from the â€˜underground,’ as the people and institutions that control what rap music is ostensibly become (through distribution, production and representation) do NOT give two shits about anything we (hopelessly, foolishly) care deeply about. Hip hop culture has been stripped down and essentialized as rap music, and rap music (at least in the popular consciousness) is fucking terrible.

We can no longer hole up with our jumbo headphones, ignoring the corporate influence and output, as it is increasingly becoming clear that these representations are not only influencing the next generation of artists and fans alike, but also giving fuel to the myriads of critics who accuse the hip hop generation of being the pure symbol of evil: vile, immoral, explicit, sexist, violent, etc etc. With every new album full of that familiar but just as dangerous and delusional pimp/hustla/gangsta/dealer personae, enamored and nostalgic for an 80’s crack money-making heyday that never existed in the first place, the people who really do want to embody and represent hip hop culture slide deeper and deeper into irrelevance.

Recognize and come clean: this shit is worse than David and Goliath. Here’s the problem as I see it: the only real and formative solution would have to start with both knowledge, wisdom and understanding AND action (as illustrated by KRS’s recent breaking down of “hip hop” into the “hip” of knowing and the “hop” of doing); unfortunately, the corporate-controlled mainstream media controls the former, while the latter has been effectively wiped out by our own (though not necessarily self-induced) political and social apathy. Think about it: when’s the last time you’ve experienced the (potentially) unbelievable power of hip hop to empower and educate underprivileged youth? So where do we even begin?!?

The smallest step that one who cares at all about this culture could make would be to stop supporting music like Rainman’s “Bigga Than Life,” which plays like a bad movie we’ve all seen (ahem, heard) a hundred times already, full of flashy props and big explosions but with an anemically under-written plot and a character so one-dimensional, he might as well be computer-generated. Packing a serviceable flow that includes a certain command but nonetheless packs in more XXL â€˜step your game up’ lyrical moments than I care to recount, Rainman is more to be pitied than hated, as he seems to be more a pure byproduct of the standard formula for mainstream success than an intentionally-evil harbinger of awful (and awfully damaging) musical expression.

So let me be clear: I vehemently hate hate hate this stuff not because it’s inherently bad as a musical product, but because it’s both: a.) wholly unoriginal/uninspiring/and unimaginatively untrue, and also because it’s b.) not only killing, but striking the final nails into the coffin of the culture I not only think deserves to live, but absolutely needs to live (and thrive) if we as a generation shitted on by neo-conservative politics and stifling monopoly media productions have any shot at reclaiming our agency on a large scale. But hey, “Bigga Than Life” probably sounds pretty good bumping out your car’s speakers, so who am I to judge?