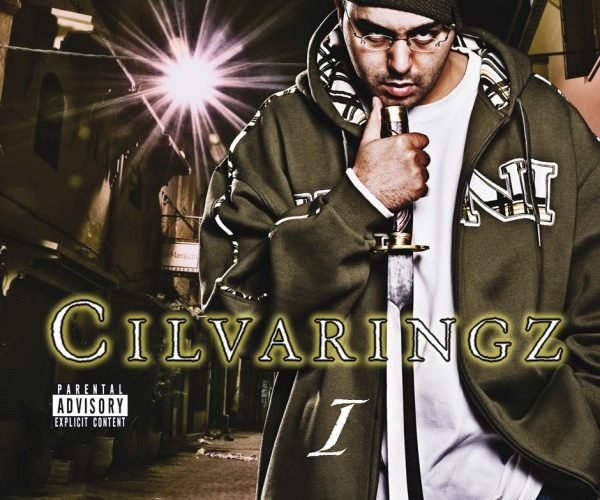 Tarik Azzougarh may have the most unique method of joining the Wu-Tang family in rap history. The Netherlands native had been trying unsuccessfully to meet RZA for two years when he finally said “AWW FUCK IT” and jumped on stage at a concert in a city known both as his country’s capital and the international capital of pot-smoking – that’s right, Amsterdam. Nobody can say for sure if the Wu was blazed up at the time, but nobody was upset enough to kick him off the stage while he spit an impromptu freestyle rap. After that Azzougarh got his demo tape into RZA’s hands, RZA signed him to Wu-Tang International, and the rest as they say is history… in this case quite literally. Despite being signed to the Wu and down with the crew it still took SIX YEARS for the rapper slash producer who dubbed himself Cilvaringz to get his debut album “I” into stores. Incidentally that’s “I” as in the Roman numeral one.

Undoubtedly Azzougarh hopes it’s not another six years before he comes back with “II,” because on this long-awaited debut Cilvaringz pulls out all the stops. This album comes loaded with a degree of Clan cameos only somebody deeply tied to the Wu-Tang Clan could have – to the degree you might actually think Cil’ was the unofficial new 9th MC in the crew. This perception is only heightened by a classic Wu-Tang sound that harkens back to their glory years in the late 20th century, including an opening “Poison Ring Chamber” with kung-fu flick samples. The skit itself may be a sly joke on RZA, who has at times called himself The Abbot, as a young disciple (obviously Cilvaringz) wants to join his martial arts school only to be told that “The Abbot is resting and cannot be disturbed.” The student more or less respondsFUCK THAT and says he came a long way to see him, and will not be deterred in his quest no matter what. “Wu-Tang Martial Expert” displays that dedication with a Moongod Allah track that’s vintage Wu and features GZA putting over Cil’s skills before he spits his rap:

“I wrote the album in sincerity, GZA, you feeling me?
Cuz if they bombin for peace, I’m like fuckin for virginity
See I’m that Killa Bee, I’m back up on it
I’ll attack and sting everything that’s corporate
Plus the fake, everything stay cornered ’til I’m done
And ride back straight to my office
In ’99, I struck deals with RZA, build with RZA
A natural on top, that can’t be shot
So poverty never became my topic
And followed politics and the became obnoxious
So now I’m Chuck, I’m Nas, I’m BP, I’m Slim
I’m Technique wrapped in one CD
Freely inspired by life itself
Trying to speak real issues, it might just help”

Cilvaringz is virtually indistinguishable from his American counterparts in the Wu – no discernable accent, no unusual pattern to his flow, no European sound that sets him and his lyrics filled with poisonous darts apart. To be honest it’s a bit disconcerting as one would expect international Wu members to still have the Killa Bee sound yet be rapping in foreign tongues and tones. In Cil’s case though it’s only to his benefit to blend in so seamlessly after waiting so long to get put on, because Wu fans craving a fix can definitely get a pure uncut hit of that raw off listening to “I.” There are many chambers to Cilvaringz “I” and each one is its own pleasant surprise. RZA laces several of these tracks, including the hard-rocking “Weeping Tiger” with Raekwon, the mathematical “Jewels” featuring GZA, and one of the most surprising tracks “Forever Michael (Wacko Tablo).” Yes – one of Cilva’s darts is professing his admiration and respect for Michael Jackson, a rather unusual stance to take these days given current public perception of the man. Cil’ makes a strong case though and his point is hard to argue:

“Mike, they want you gone too soon, but fuck it
Can’t get no love from the tabloid junkies
And the Bubbles you speak, ain’t Crystal, the monkey
From all the money, you, generously gave, Mike
To the wonderful, dances on stage, Mike
From the glove to the hat, plus the shiny jacket
The mystery and history, yeah, they might be laughin
They might be talkin shit, but you be moonwalkin hits
King of pop no corporate shit
That’s a black man own the half of e’ry TV
That’s a black man who got y’all on MTV
That’s a, black man who did it five times diamond
That’s a rich black man who never rocked a diamond
Yes, sir, when it’s down and prime
Michael Jackson, greatest entertainer of all times! Come on”

While nobody condones what Michael Jackson has done (or is ALLEGED to have done) it’s hard to argue with the fact he will go down as one of the greatest recording artists in history. Cilvaringz is trying to carve out his own niche in music, albiet to a much smaller degree, but he’s still making a strong impression with this CD. Many of the album’s best cuts feature production or co-production from Cilvaringz including the epic seven minute long “In the Name of Allah” featuring everyone from Killah Priest to RZA and Shabazz the Disciple. Other Cil’ productions include the Killarmy piano banger “Blazing Saddles” and the RZA razor sharp joint “The Saga” but the best may be the classically Wu “Dart Tournament” featuring Blue Raspberry and Killa Sin. If you didn’t know better you would think this was a Ghostface Killah track from back in RZA’s prime as it has boxing ring bells, ambient background noise, and sped-up R&B vocal samples all laced together into an undeniable head nodder. The only darts sharper than the track itself are Cilvaringz’ braggadocious lyrics:

“King Kong bullets I ping pong, I’m hoverin
Shook ones they ju-ju-ju-ju-ju-ju-just stutterin
Wu-Tang backing me, can’t go wrong
I’mma, family man, fuck a solo song
You a, homo thug, we them boss hog killer
All that lame shit you spit, sound like lost filler
Bitch, me and Killa Sin, we killin again”

Although he hails from the municipality of Tilburg and not the slums of Shaolin, Tarik ‘Cilvaringz’ Azzougarh is Wu-Tang down to the marrow in his bones. That’s not to say there isn’t room for Cil’ to improve his style and expand upon his chamber. Occasionally Cilvaringz gets so caught up spitting his vocals he forgets to take his time with the syllables of the words, sometimes becoming monotone and at other times losing his diction in a mushmouthed jumble. With strong production and a list of Wu fam’ that can hardly be beat though “I” should appeal not to just the diehard 36 Chambers devotees but to hip-hop heads in general. Make way for the new king, his name is Cilvaringz.