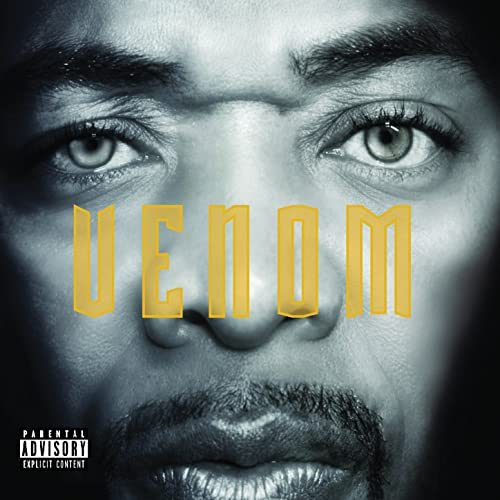 “Been plotting since my last release”

Despite being a founding member of the Wu-Tang Clan, Lamont Jody Hawkins b/k/a U-God has had to fight for respect almost his entire career. Surrounded by a bevy of the most charismatic NYC rap emcees of the 1990’s, U-God’s gravelly, gruff and somewhat monotone delivery made him stand out amongst his teammates. That was beneficial on “36 Chambers” when the group was introduced to the world, making his bars on songs like “Da Mystery of Chessboxin'” instantly memorable, but it came back to haunt him as one group member after another dropped solo records. Perception of U-God quickly shifted from essential to the Wu’s success to an afterthought that RZA couldn’t be bothered with. It seemed like nobody wanted to hear from U-God for more than 30 seconds to a minute.

Even a quarter of a century later on “Venom” U-God is still fighting this perception, and singles like “Epicenter” don’t help matters. Everything about the song makes it an ideal Wu track — the kung-fu movie samples, the head nodding bass and eerie sounds courtesy DJ Green Lantern, the guest verses from Inspectah Deck and Raekwon the Chef…. uh-oh, it’s not really a U-God track at all is it? Even obscure Wu affiliate Scotty Wotty ends up stealing his limelight. He returns to try and do it again three tracks later on the Jose Reynoso produced “Climate.”

“Hip-Hop is dangerous/(it) should be respected and cherished.” Hawkins may be swinging at easy lobs from a softball pitcher with the topic, but it’s still nice to see him hitting them out of the park. His metaphor of climate change being like the slow degradation of rap music’s cultural stature and lyrical content is certainly apt. In fact it’s that very climate change that has made the unchanging Lamont Hawkins more powerful. While at one time his inflexible delivery may have seemed like a deficit compared to the Wu’s more emotional and lyrical members, it now sounds timeless and strong compared to a generation of almost incomprehensible AutoTune emcees.

And on songs like the Reynoso and Homicide co-produced “Legacy,” U-God at long last gets to state the fact he HAS ONE that spans three decades. “After 22 long hard years, I’m still writing/After I’m gone, they’ll still be reciting […] booked my first studio session on consignment/test my pen against the beat for alignment.” He’s got a point, a story, and a beat to make the whole thing complete — I even dig the “pew pew” lasers that fire off.

I neither want to over nor understate what “Venom” is. U-God has aged really well, and sounds nicer as an emcee owing to the present day scene, but he won’t eclipse the laurels handed to Inspectah Deck or GZA as mic technique specialists and lyric writers. Furthermore that trademark growl that Hawkins has makes smooth crossover song attempts like “Elegance” featuring Nomadiq a little weird. Is it bad? Not to me… but I can’t see anybody calling their local FM radio station to request this one during the drive time hour. It’s just odd to hear him try to branch out this way even as he channels Chuck D by noting “Radio! Suckers never play me.”

U-God will always be stuck in one lane to close-minded individuals who decided the Wu-Tang Clan had dropped enough solo albums, thereby making any that he did unnecessary compared to the rest. That wasn’t fair but neither is life. At least for the day ones who have stuck with him the entire way through from then ’til now, “Venom” will reward both their faith and patience by showing that just because you didn’t win gold at the Olympics doesn’t mean you aren’t still a great athlete.