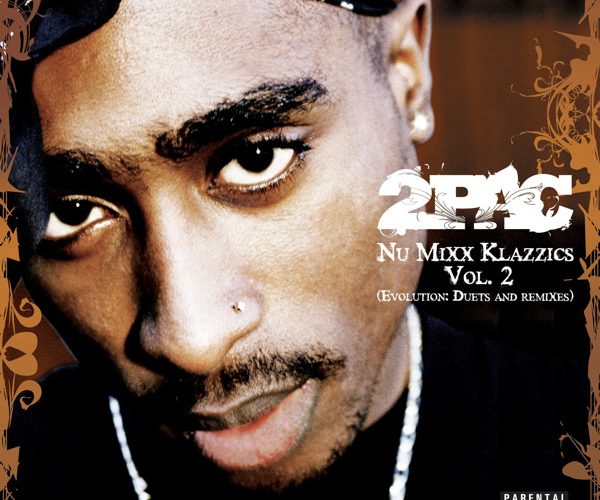 Four years after Death Row Records dug up Tupac Shakur’s legacy just so they could spit on it the label that will not seem to die peacefully returns loudly with “Nu Mixx Klazzics Vol. 2.” It seems they learned a few things from their last remix “tribute” album. Lesson #1 – give the album more credibility by getting the Tupac Amaru Shakur Foundation involved. The first image you see when opening up the CD is a picture of the Center for the Arts named after him located in Stone Mountain, Georgia. Even though it looks pretty finished to me and their website even lists theirhours of operation the liner notes stress that your donations can help the Center grow; so buy a brick for $100 or a gold plaque for $1,000. If that seems excessive compared to the cost of the CD the liner notes reassuringly add that a portion of proceeds from sales of the album go directly to TASF. Whew – that’s a relief.

Lesson #2 – don’t simply present an album of “never before released remixes.” There’s only so ways you can reconstruct a 2Pac song and inevitably the majority of attempts end up sounding far inferior to the original version. Therefore Death Row Records has taken a completely different tack – this latest volume is subtitled “Evolution: Duets and Remixes.” This is not an original idea – Bad Boy Records did their own “Duets” with Notorious B.I.G. two years ago. Success breeds imitation though and the Biggie “Duets” album did go platinum, so one could hardly blame Death Row Records for trying. There are far less ways to fail going this route – the artists can range from 2Pac’s peers when he was alive to younger artists who were inspired by ‘Pac that want to achieve his success (hopefully without a similar untimely demise). Featuring these artists in new takes on old 2Pac songs is vastly superior to just giving those songs a “Nu Mixx” and claiming the results are worthwhile.

The very first duet on this album might arguably be an improvement over the original. “Picture Me Rollin'” once featured Danny Boy and Syke, while on this “Nu Mixx” those same parts are played by Butch Cassidy and Kurupt. Keeping the beat and the opening 2Pac verse the same makes this version smoothly interchangeable with the “All Eyez On Me” original. Sadly the same cannot be said for “Keep Goin'” as it remakes a song from the suspect “new” Dogg Pound album that Death Row released in 2001 and adds nothing to it. The smooth “Don’t Stop” featuring raps by 2Pac, Daz and Kurupt was one of the few good reasons to own “2002” and here it’s remixed into mulch by a producer ironically named “Street Radio.” Fatal Hussein has always been among the best Outlawz affiliates of Shakur but he adds nothing here.

From here the album continues to go downhill. The remix Illmind provides for “What’z Ya Phone #” isn’t bad per se, but this was not one of 2Pac’s better songs to begin with and Candy Hill sounds like a bad mixture of Khia and Trina with none of the talent of either. At least “Staring Through My Rearview” doesn’t change the original beat and Dwele does a good job singing on the cut, but the raps that used to be performed by the Outlawz are sorely missed on this one. Some of these ideas lack any inspiration whatsoever – throwing some guitars on “Hail Mary” and calling it a rock remix simply doesn’t cut it. Stripping the East to West coast duet “Got My Mind Made Up” of the New York rappers who once appeared on it is pretty lame.

The truly original “Nu Mixxes” are few and far between. “Pain” visits a track from the “Above the Rim” soundtrack and smoothly slides Butch Cassidy and Styles P into the mix. “Initiated” started out as a track on a Daz Dillinger album and Jake One totally reinvents it as a duet with the Boot Camp Clik. The rest of “Nu Mixx Klazzics Vol. 2” does little for Tupac Shakur’s legacy. In some cases such as the wretched BIGG E DJ remix of “How Do U Want It” there’s far more subtracted than there is added. It’s safe to say this album is vastly superior to “Nu Mixx Klazzics Vol. 1,” but that’s not really saying much. Proceed with caution when considering this purchase.