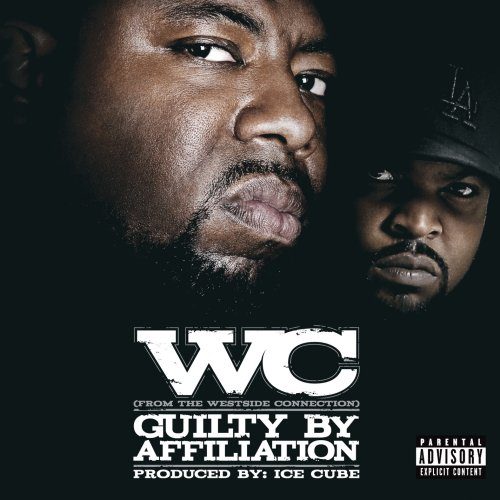 William Calhoun Jr. is a hip-hop legend even in an industry overcrowded with self-proclaimed legendary MC’s who think everybody’s on their johnson. Having been a cornerstone of California’s hardcore reality rap scene for nearly 20 years, “Dub C” has influenced and helped shape the mainstream success of countless rappers to come out the West. A short list of rappers who need to thank WC for their swagger and style would include Snoop Dogg, The Game and Daz Dillinger. Without question WC ranks right alongside Ice-T, Eazy-E, Ice Cube and DJ Quik as West coast hip-hop pioneers and trendsetters. He’s not been without success either – this isn’t one of those stories about a hip-hop pioneer who everybody gained from who gained no wealth for himself. Dub went gold on 2002’s “Ghetto Heisman” and platinum as one-third of the Westside Connection on “Bow Down.”

At this point in his career WC could easily retire to a mansion in the hills and just live fat off the success he’s already had. It’s easy to imagine him living the life, making occasional appearances on other rappers’ songs, doing a cameo role in a movie here and here for big bucks. “Guilty by Affiliation” shatters that dream of taking it easy or slacking off into a million pieces. If anything the opening track “This is Los Angeles” shows WC is banging out harder than ever.

“This shit don’t stop, I’m still stackin my cash
Out in the backyard with niggaz hidin crack in they ass
It’s gettin kinda hot but I ain’t leavin the spot
Cause don’t nobody give a fuck if I’m eatin or not, nigga
South Central, the gangbang capital
Where gun fire’s rampant, the one-time be gafflin
Murder is a headline, half an ounce of chronic is a misdemeanor
One gram of hard is fed time
The name of the game is survival
Keep the thang on me like a preacher do a bible
Fuck unity! Ain’t no motherfuckin one love
Crips killin Crips nigga, Bloods killin Bloods
Niggaz tellin, gotta stay outta Dodge
On the stand y’all be singin like Mary J. Blige
But I’ma stay cockin my pistol
Goin hard in the paint; niggaz can’t stop my dribble”

Jellyroll’s menacing singular piano note is interspersed with eerie noises that are either buzzing or breathing and samples of Tom Brokaw intoning over and over again “This is Los Angeles, gang capital of the nation.” Dub C couldn’t be LESS interested in calling it quits or giving up his swagger. His signature flow is still in full effect, a hard voice that may be slightly higher pitched than comrade Ice Cube’s, but that’s almost like saying a 42 ounce bottle of beer is slightly larger than a 40. It’s still hard enough to shatter weak-hearted rappers who are no comp for this veteran, yet WC hasn’t lost his signature wit or penchant for lyrical metaphors and similies. All of this and more can be heard on the Teak the Beatsmith & Dee Underdue track “West Coast Voodoo” featuring The Game:

W.C.: “Dub Sizzleen, eyes full of Visine
Leanin in a 745-LI Beam
Big bucks and big trucks, buzzed and faded
You and that toothpick lookin drug related
New money, new day – same nigga to pull over
jump out and knock the Murray’s Grease out your toupee
West West baby baby, don’t test baby baby
(Here I come with my hankerchief in hand)
I got ’em packin the spot like back in the spot
Cause West Coast shit is like crack in the pot
Can’t nobody serve it like I serve it
Got ’em shakin like Michael J. Fox, these niggaz lookin nervous!”

The Game: “I was coached by the O.G.’s, taught to stay low-key
Now everybody know me, Mr. Fuck the Police
Unite the coasts, bury the snitches
All my niggaz got two strikes and they stare at your bitches
Like what the fuck you gon’ do when niggaz run up on you
with a gun up on you and pull the trigger
Nigga welcome to California”

For just over 50 minutes spread out across 14 tracks WC solidifies his spot as a hip-hop O.G. while simultaneously not sounding dated or faded in the least. Production plays a key role in this presentation – Nottz laces up thunder bass for “Jack and the Bean Stalk,” Emile creates a smooth groove for WC to play “Dodgeball” with Butch Cassidy and Snoop Dogg, Rick Rock pounds out his signature technological West coast hard bump for “Look at Me” and the Legendary Traxster makes a lighthearted but in no way soft beat for WC to spit over on the hilarious “Side Dick”:

“Baby say she want a gangster
But she don’t want a nigga to dog her, just beat it up harder
Said that her nigga’s a simp, his dick is limp
The sucker for love type, and he don’t fuck right
Fuck it! I’ll be that dick on the side you can ride on
Nigga you can wrap them thighs on
Let your nigga wedding cake, I just wanna undress you
Call me Captain Dick to the rescue (BA-BA-BUM BUMMM!!!)”

Teak the Beatsmith & Dee Underdue deserve a lot of credit for their work on this album too. Besides the album’s thumping Westside Connection style title track they also lace up the DJ solo track “Crazy Toones 4 President,” the seductive “If You See a Bad Bitch” and the old school nostalgic track “80’s Babies” with Ice Cube among others. There are very few tracks that go wrong on this album, which is very important when your album clocks in under an hour. The least impressive track is Laylaw & D-Maq’s “Keep it 100” and even that is not BAD per se, just underwhelming compared to monster tracks like Mr. Porter’s “Paranoid.” Whether the independently owned and runned Lench Mob Records has the strength to promote this record properly remains to be seen, but at least with Virgin Records partnered to do the distribution you won’t have trouble finding “Guilty by Affiliation” in a store near you. If you’ve ever been a fan of WC or the Westside Connection, pick this one up. Even if you haven’t – pick this one up and be pleasantly surprised.