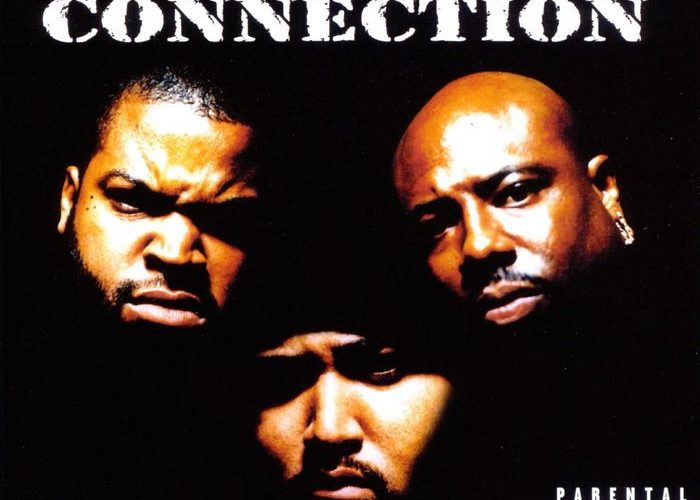 “There is a threat to the world today. A threat to our way of living. A threat to our society and maybe even a threat to our very existence. What is this threat? The Westside Connection. An organization made up of highly motivated extremely aggressive gangsters turned businessmen with one single objective–world domination, or in their words creating a worldwide Westside. Vowing to make every man, woman and child bow down to the ‘W’. The hand sign used by their members to show their affiliation. We have reports that W’s have been appearing on various monuments and historical landmarks around the world. There are also talks of Mount Rushmore being renamed as Mount Westmore, with America’s forefathers being replaced by the Westside Connection forefathers; Ice Cube, WC and Mack 10 AKA the gangsta, the killa, and the dope dealer. When confronted with these allegations they released a statement saying quote ‘bitch you know the side, world motherfuckin’ wide’ unquote.”
– From ‘World Domination’ by The Westside Connection

It was October 22nd, 1996 when the then powerhouse label Priority Records released “Bow Down” by The Westside Connection. It was a tumultuous time for rap music in general, when the violence on wax became all too real with the death of the late Tupac Shakur. But, the sentiment was very much like that on the introductory track “World Domination” quoted above that there were a group of gangsters trying to create a worldwide Westside very much in the way Mobb Deep, CNN, Notorious B.I.G. and others took their side on the other coast. Though, “All Eyez on Me” will always be the quintessential disc from the left side in ’96, “Bow Down” certainly did more than enough to keep the headphones and Impalas bangin’.

It is such a rare occasion in which a so-called super group is put together and they live up to expectations (think The Firm), however the collective of tha gangsta, the killa and the dope dealer play off of each other’s individual characters to perfection. Mack 10 is at his very best both on the mic and his ‘Recipe’ for beats is choice on this release. WC is more animated than any previous release with the Maad Circle or his Def Jam releases afterwards. And Ice Cube, is well…uh, Ice Cube, meaning that he takes the mic with confidence and uses his experience with other classic groups (N.W.A) to take the leadership role.

The title-track successfully launched the album into commercial success with its trademark west coast heavy bass and synths. More than anything, “Bow Down” was an aggressive statement that truly placed the members on a higher level than most anyone that was dropping at the time–and this was the golden age of rap music. I’m not saying it is the best album but it might have personified what it was to be a West Coast emcee more than any other of the time, or since. The cocksure swagger is evident with the chorus which repeats:

When complimented with the appropriately threatening remarks like, “Dis me on wax and Imma tryin to saw your whole fuckin head off nigga, I’m platinum bond so bitch shut up punk all ya’ll,” from WC, you are blessed with a classic, which is followed by another classic. The ingredients of “Gangstas Make the World Go Round” are very similar to “Bow Down” in that there is another catchy hook over a wickedly menacing bass-driven beat. One thing that they all do successfully on this track is reiterate the theory of the importance of gangsters to their reality.

Tensions become more overt with “All the Critics in New York”. On this track, the three call out the ‘crusty ass critics of the NYC’ in a love for the editorials type of way. They feed the listener both compelling and convincing arguments that they’re the real deal and that they do not need the respect. The most important comes from the man who had gained so much support through his earlier years, Ice Cube:

“Fuck all the critics in the N-Y-C
Who wants to rock the microphone after me?
Think of who you are and who you be
My energy holds it down like the NFC
I’m going thorough thru your borough
Wit my Raider jacket and my jheri curl, gangstas rule the world
On the west, nevertheless, W-S
We got the bomb and you niggas got the stress”

Ironically, this is often considered one of the finer tracks on the album, though perhaps not as intriguing as other beef tracks from this era that had the audacity to directly attack particular artists.

The album continues to gain momentum with the distorted “Cross ‘Em Out and Put A ‘K'” the whistle-driven, “King of the Hill” that simply eats up B-Real and his Cypress Hill and the low-key and slightly more optimistic, “3 Time Felons”. Honestly, though they’re not all classics each track can be discussed at length. Strangely, the arguable highlight of the album is a sampling of a Nine Inch Nails track on The Westside Connection’s “The Gangsta, The Killa and The Dope Dealer” . Mack 10 bends his words unlike I have ever heard him with this verse:

“What’s crackin
Well, it’s the nigga that’s housin’ the scene
I got pounds of green and birds sittin’ on the triple beams
I put it down on and off the record my flats a
double decker, marble floors all checkered
Now what can I say every bitch I lay be pure
and bombay like Peruvian yae
So I brag and I boast man I got the most, man
I make more deliveries than the postman
My homie Carlito plug me with the amigos an
Now it’s kilos five and six double zeros
Now what’s next I’m stuck like a Kotex
Blindin’ niggas with the buggas in my Rolex
With my aces o-t on a regular basis
We got pauveted faces fightin’ federal cases
Cause ain’t nothin’ reala’ than niggas gettin’ they scrilla
Like a gangsta, a killa But Mack would be the dope dealer”

Though Ice Cube is the biggest star of the bunch it is clear that WC and Mack 10 match his charisma on this disc, not just this stellar track. The only possible complaint one could have of “Bow Down” is perhaps the overabundance of gangster bravado–it’s true, there isn’t much depth in the subject matter beyond the violence and drugs, but the formula still manages to work exceptionally well and there is a great cinematic nature about it.

Since this release in ’96, The Westside Connection reformed nearly a decade a later with “Terrorist Threats.” It was not a horrible release but much of it seemed contrived and certainly not as raw as “Bow Down”. The same applies to Cube’s subsequent releases and WC’s over-polished “Ghetto Heisman”. Mack 10 has faded into relative obscurity but his potential was once realized on a hallmark of a West coast disc. It is a different era and commercialism in many ways is ruining the possibility of another gem like this one. At least in the rap world for a short period this LP helped the West stake a claim at the worldwide dominance they sought.