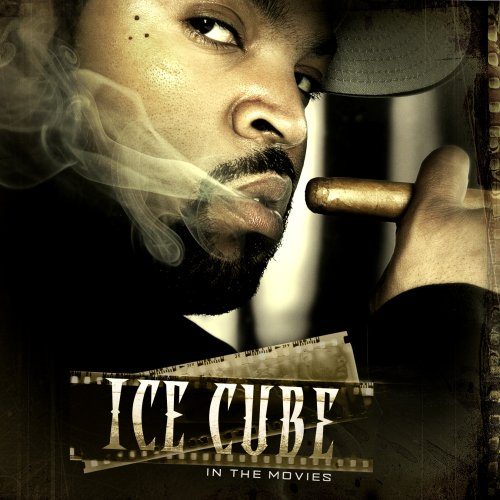 Ice Cube :: In the Movies

After a six year layoff between new albums, Ice Cube came back strong in 2006 with “Laugh Now, Cry Later.” Not much has been heard from Cube in the rap world since then other than a re-release of the album with bonus material last October. Acting wise Cube has kept very busy, filming “Are We Done Yet?” and the yet to be released “First Sunday” among other projects. The obvious question on everyone’s mind – will his busy Hollywood schedule result in another six year absence from the rap game? Would Ice Cube even be relevant as a rap artist by 2012?

Mr. Jackson is not sorry about his film career – he is for real. In fact instead of releasing an album of brand new material, Cube combined his love for Hollywood with his love for hip-hop by releasing “In the Movies.” He’s arguably one of the few hip-hop artists who could pull this move off, since he’s been putting songs in films since 1991’s “Boyz N the Hood.” Not surprisingly that classic track is included here – the Cube and Sir Jinx co-produced “How to Survive in South Central”:

“How to survive in South Central (what you do?)
A place where bustin a cap is fundamental
No, you can’t find the shit in a handbook
Take a close look, at a rap crook
Rule number one: get yourself a gun
A nine and your ass’ll be fine
Keep it in your glove comparment
cause jackers (yo) they love to start shit
Now if you’re white you can trust the police
But if you’re black they ain’t nothin but beasts
Watch out for the kill
Don’t make a false move and keep your hands on the steering wheel
And don’t get smart
Answer all questions, and that’s your first lesson
on stayin alive
In South Central, yeah, that’s how you survive”

With so many movies Cube rapped for to cull from, there are actually a few worthy tracks that missed the cut on “In the Movies.” The title track from the movie “Street Fighter” is nowhere to be found and that’s a definite dissapointment. While the song was not a lyrical masterpiece, it was backed by a pounding beat and filled with over-the-top bravado like “Master of the flying guillotine is my chorus/I want to kill Chuck Norris.” One could argue that “Hoo-Bangin'” from “The Substitute” was more of a Mack 10 song than an Ice Cube joint, yet Cube splits the billing with Mack 10 and Ms. Toi on the included song “You Can Do It.” What makes this more absurd is that “You Can Do It” was already re-released from the “Next Friday” soundtrack onto “War & Peace Vol. 2.” In fact that’s true of a lot of songs on “In the Movies.” The song “$100 Dollar Bill Y’all” from “All About the Benjamins” made its way to his “Greatest Hits” disc, and “Ghetto Vet” moved from “I Got the Hook Up” to “War & Peace Vol. 2.” Even “South Central” eventually wound up on the remastered edition of “Death Certificate.”

If this was an album designed to please hardcore Ice Cube fans with songs they might not have bought individual soundtracks to acquire the omissions are unacceptable. If you pair the missing songs with the songs that are included on Cube albums his fans would already own, this error moves from unacceptable to simply inexcusable. Westside Connection’s “Let it Rain” from the “Blood is Thicker” soundtrack would have been a more worthy cut than already overexposed and constantly re-released songs like “Natural Born Killaz” featuring Dr. Dre. It’s not that the majority of songs included here are in and of themselves unworthy – “Higher” and “Trespass” with Ice-T are two of the best Cube songs you’ve probably never heard. It’s just that one has to feel “In the Movies” was an opportunity missed, and that a lot of Cube’s soundtrack songs that were already obscure will STAY obscure just because the compilers didn’t choose more wisely. Six years from now Cube can do “In the Movies Vol. 2” and try to rectify some of these errors but by then his rap career may truly be an afterthought to his Hollywood one.