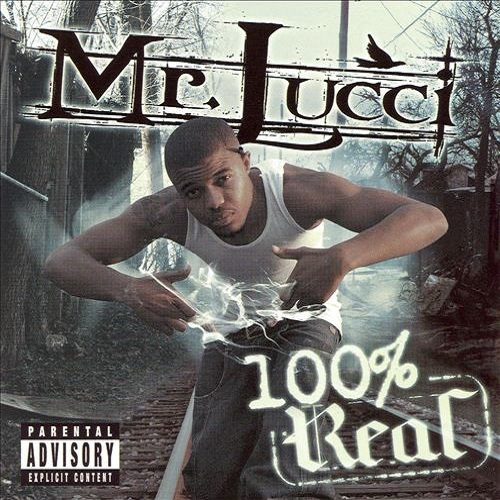 Mr. Lucci isn’t new to the rap game as the Dallas rapper has few albums under his belt. Yet, when you mention Dallas rap his name will probably be further down the list after more recent stars like Big Tuck and Tum Tum are accounted for. The reason is simply proper promotion and production since Mr. Lucci has arguably had a bigger hit in “Diabolical” than any other Dallas rapper. “Diabolical” was the lead single off the album of the same name and catapulted both Lucci and label mate Mr. Pookie to a national distribution deal with Universal. Mr. Pookie’s nationwide debut dropped last year to little fan fare and with good reason as the production and music was sub par and not Pookie’s best work. It seems that the Universal deal fizzled out after that disappointing album and Lucci is back independent getting his distribution through Southern power house Select-O-Hits. The disappointing thing is had Mr. Lucci’s album dropped before Mr. Pookie’s the Universal deal might have still been in effect since he gives us a much better album than “Return of the Rippla.”

The album opens up with “Hustle All Week,” a hustling anthem in line with the popular music in Texas at the moment. Producer Cybersapp laces the track with some blaring horns and plenty of snare rolls and Lucci provides the energy declaring he “hustles all week with no sleep.” It’s not an original track but it’s done well and is enjoyable. “I Like It” is another track destined for club play as Cybersapp and Lucci team up for another catchy track. “Visions of Smoke” is where things get more interesting as Lucci delves into the first of many outstanding tracks. Producers Zig-Zag and Bi drop a guitar laden funk track and Lucci gives us a first hand account of his perception of life when he’s high:

“As my ashtray get filled up with ashes
Niggas who done passed away flash through my mind and I can’t grasp it
If my niggas was here I know shit would be different
I hate I got a keep a distance from child hood niggas that snitching
It’s got me tripping, twisting up swishas, and hitting em
Dipping through different districts listening to niggas bitching
This done convinced me that me and my niggas we got it
Niggas wouldn’t talk about us if we weren’t doing our job and it’s obvious niggas tired of ya
When people speak of me I swear off in my CD that it’s some type of conspiracy
But the streets be feeling me so these niggas can’t make me move
People don’t show me love, I got famous from paying dues
Ain’t shit been given to me hoe nigga, that’s why I grind
Twenty-four seven hustle, three hundred and sixty five
They try to block Pookie record so my nigga couldn’t shine
Now that I see through lies I’m finna go turn in mine
Cause fuck it nigga, it’s time”

“Maintain” kicks in next and is a smoothed out anthem about the struggle Lucci goes through on the daily.

The first four tracks are indicators of the balance and variety on this album. Producer Cybersapp will come through on tracks like “100% Real” and drop pounding synth driven beats that are sure to get anyone dancing. Lucci will then follow up that new school southern sound with tracks like “Smoke Something” and “Flippin’ Through My City” which capture the old school southern funk that was made famous by groups like The Geto Boys and 8Ball and MJG. On top of bringing a varied sound, Lucci also drops solid verses and catchy hooks that don’t sound forced.

“100% Real” is one of the best southern albums I’ve heard this year and definitely the best I’ve heard from any Dallas rapper. While Mr. Pookie’s last album sounded it like it was trying too hard to make catchy songs, all of Mr. Lucci’s songs are catchy but at the same time sound very genuine. I usually would fault an album for running through the usual gangsta rap clichÃ©s, but Lucci does it so well that I can’t really knock him for it. If the production maintains this high level of quality then it’s only a matter of time before Lucci, Pookie and the rest of their Stoney Crook family are back in the national spotlight.