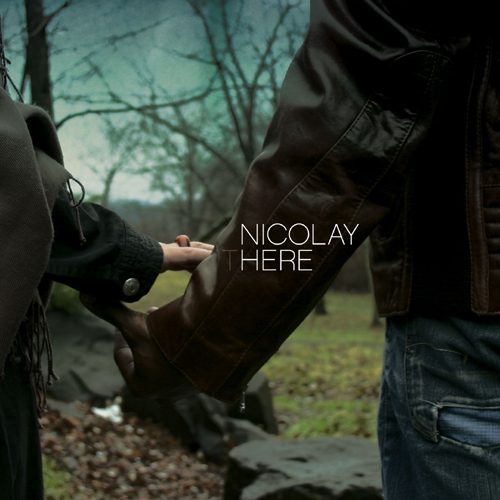 Nothing speaks more to the modern internationalization of hip-hop music – identified by its increased computerization – than the story of Nicolay. His coming to the US was initiated by online contact between him and Phonte of Little Brother, translating into an album completed entirely via e-mail and instant messenger, and appropriately entitled “Connected.” However, the Netherlands producer decided that to fully realize his potential and establish himself in this industry’s major market, he would have to uproot himself from his native land and forge a new home and a new life in America with his Justus League crew â€“ a journey that has seen him grow from simply being “Connected” to actually being “Here,” as his new full-length album title aptly suggests.

Indeed, Nicolay emphasizes his impending arrival by allowing his album to be a conduit of sorts for other US cities to get its shine, as he features artists from St. Louis (Black Spade), Pittsburgh (Wiz Khalifa), Texas (Kay of the Foundation), L.A. (Sy Smith), and, of course, North Carolina (Darien Brockington and YahZarah). Nevertheless, despite reaching various regions which normally espouse differing and contrasting musical tastes, Nicolay easily meshes his guests with what has become his signature sound â€“ one that picks up here where “City Lights” left off â€“ and carefully constructs an album both varied enough stylistically, yet sonically cohesive to ensure everything fits together. In this, Nicolay does not disappoint.

From beginning to end, the production clearly demonstrates his artistry and musicianship (he received formal music education and is adept on the piano and keys, guitar, bass, and drums). For example, “I Love the Way You Love” features an omnipresent organ that guides the bass-line and drum claps perfectly, yet still allows Darien Brockington to exercise his sultry vocals (a lÃ  Musiq Soulchild) that prove he is more than a guest feature for a hook. The same can be said for “Adore” where YahZarah’s sensuous voice, while using more vibrato than needed, nicely compliments the soft keys and up-and-down melody provided by Nicolay. Both songs not only indicate that the Justus League has solid vocal support and possible R&B solo efforts to consider, but that Nicolay’s strength may lay more so in funk and neo-soul than in hip-hop. This is also evident in the album’s two instrumentals (three if you include the intro and outro). For instance, in “Give Her Everything” he backs his keys and the crooning vocal sample with hard electric guitar riffs, while in “Let It Shine For Me,” Nicolay slows down the pace, again to a vocal sample, but accompanies it with softer guitar strings and a flowing piano. Ultimately, both songs experience change when needed, and last just long enough to avoid being repetitive.

Still, Nicolay evades categorization and shows that his music, as it was in the Foreign Exchange collaboration, is just as good with hip-hop as it is soul. Check his efforts on “The End is Near” where the escalating bass and keys lay atop a drum-line that builds with each verse and all descend with authority at the hook, only to pick up again with the crash of the cymbals. Here, Black Spade provides an effective verse and well-timed flow to coincide with the beat, as he rips in a progressive tempo:

“And they say Black Spade, you a stone-cold heart-breaker
Even Ill and Al Skratch said ‘Hmm, I’ll Take Her’
In the back alley-way where the fake thugs wait there
YG and Triple P said ‘Get That Paper’
Watching MCs act like their last name Slater
These dudes conditioned, fuck act all made up
Niggas don’t know the math but won’t cal-cu-lators
I put God first ’cause there ain’t nothin’ greater…”

Unfortunately, this is the only time where a rapper really shines on this album. Despite his flow here, Black Spade struggles to be anything more than average on his other two spots (“I Am the Man” and “Good Days Are Gone”), while other guest rappers Wiz Khalifa, Kay and Sy Smith provide monotone raps with rare instances of charisma, yet bereft of original content and style. While this might be considered too harsh a critique (I mean, Wiz is still a teenager) such poor verses bring down an album that is musically full and markedly different from the current play-lists, and makes you wish Phonte reprised his role for a fresh verse or two to counterbalance the wackness.

To an extent, I will concede that if one listens to Nicolay’s catalogue from Foreign Exchange to now, you might find the use of keys, bass and overall melody to be somewhat redundant and, perhaps, predictable. But by itself, “Here” is a musically-driven piece that bangs soul, funk, jazz, and hip-hop, in the same vein as DJ Jazzy Jeff’s “The Magnificent,” and challenges you to drop categorizations in favor of simple appreciation for music. Nonetheless, I would hope that he would opt for better rap performances in the future that will make the most use of the beats laid out by the Dutch Master. To this end, Nicolay’s journey will only begin once he reaches the US, but it is already showing signs that it will be a long and illustrious one, and definitely peaks our curiosity as to what else is there, beyond our borders, making that good music, be it hip-hop or otherwise.