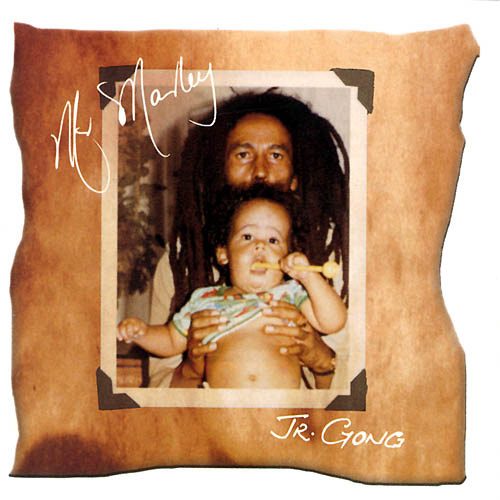 “I man say excuse me
For a moment for a introduction
Fus (first) one fi mi Muma
But mi Pupa last son
Like some fruits in due season
A so Jr. Gong come
And mi ‘deh round dis ya music
Mi use to play Familyman bass
Knock Carly’s drum
And any question
You can ask
I man can answer mi son” – Damian ‘Jr. Gong’ Marley, “Me Name Jr. Gong”

Before a critic gets into a long-winded discourse about Damian ‘Jr. Gong’ Marley as an individual, it is imperative to mention the ridiculous music engrained genetics passed down to the children of the legendary Reggae king, Bob Marley. Like most great men, Mr. Marley’s greatest legacy is the thirteen children he left behind: Ziggy, Julian, Ky-Mani, Stephen and others continue to carry the torch of the musician, activist and, considered by some, prophet. Amazingly, in 1996, the second youngest of the lot, Damian ‘Jr. Gong’ Marley, became a “Mr. Marley” in his own right when he released his debut album of the same name.

The cover of “Mr. Marley” was like a brave introduction into a new era. Damian dangles there, as a child of only a few years, in the arms of his proud father. Bob is covered mostly by the star-child, but can be seen from the nose up and the trademark dreadlocks frame his son’s body. Whether a conscious choice or not (my guess is that it is), the symbolism suggests that he is holding Damian as a gift to the world–that Bob lives vicariously through the next generation of Marley’s. The moniker ‘Jr. Gong’ is a reference to the label that brought The Wailers great success and sold over 12 million copies of the posthumous “Legend” compilation, Tuff Gong Records. The youngest boy made it even more apparent with this fantastic release that truly channeled his roots.

The album starts off with one of the four tracks that were at least partially written by Bob Marley, entitled, “Trouble”. This is a cover recording of “So Much Trouble” originally arranged by The Wailers. It is a strange choice to have as an opening track on a debut album. Not only is the introductory track cover material, but it is also a politically charged romp. The song certainly works though, as Cedelia and Sharon Marley offer nice background vocals. The problem that may arise for those listening to Damian for the first time is that he does not try to immediately carve his own identity. Damian does make steps in his own direction with “Love and Inity”. The Ghetto Youths Crew arranges the instrumentals on this one, and it is a more up-tempo number as his faster paced lyrics relate closer to Dancehall Reggae that popularized at the turn of the century with premier artist like Mr. Vegas and Sean Paul, respectively. Songs like â€œLove and Inityâ€ and several others are just the seeds of the plant that later grew into the hugely successful “Welcome to Jamrock” in 2005.

The whistle-driven “Keep On Grooving” promotes living in peace in Mt. Zion. The song was penned by Soul hero Curtis Mayfield. The infectious positivity is a breath of fresh air, much like the rest of the body of work that encompasses “Mr. Marley”.

The overall trend of the album is that there is a bit of a split feeling; there is half of an album that is directly influenced by the sound that his father created (many of which are samples or direct borrowings of old material), whereas another half presents a musician that is trying to establish a fresh new sound (the stuff that is done with the Ghetto Youth Crew). With the exception of “Me Name Jr. Gong”, quoted at the beginning of this review, the more successful compositions are those his father blazed the trail for. “10,000 Chariots” and “One More Cup of Coffee” would be top-notch cuts on some of the best of The Wailers discs. Even the ‘bouncier’ material on “Mr. Marley” has the organic feel that fans of Bob will surely love.

Damian ‘Jr. Gong’ has a diverse catalogue. He followed “Mr. Marley” with “Halfway Tree” in 2001, which was a mixture of all of the aforementioned genres of music, from traditional reggae, to R&B to Hip-Hop. The disc was well-received by critics as he earned a Grammy for the effort. “Welcome to Jamrock” was Damian’s most successful release to date and favored heavier urban beats even more so. So, ultimately you can base your decision on what Damian CD you should pick up based on what sound you want to hear. No matter what, “Mr. Marley” is not a bad choice.

It has to be difficult to live in the shadow of a giant. Bob Marley’s youngest son, Damian ‘Jr. Gong’ Marley has to deal with that every time he decides to make new music. When Damian released his official debut album, “Mr. Marley” in 1996, at the age of 18, he further proved that the genes of his Father trickled down to the next generation–since then he has been constantly proving that he has the skills on his own right.