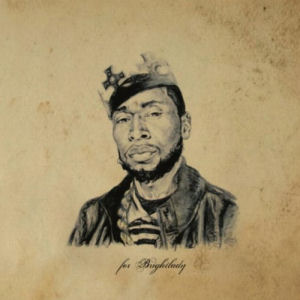 When Little Brother burst onto the scene in 2003 they boasted a classic sound that was supplied in large part by their producer, 9th Wonder. Although his working relationship with Little Brother has been severed, 9th Wonder has still been as busy as ever cementing his place among the elite producers in Hip-Hop today. 2007 saw him release The Dream Merchant Vol. 2 and in addition to his work behind the boards he’s been teaching a Hip-Hop In Context course with Christopher “Play” Martin of Kid N Play at North Carolina Central University. Next year 9th Wonder is looking to release a follow up to his wildly successful collaboration with Buckshot as well as another solo effort tentatively titled The Wonder Years. This week RapReviews caught up with the very busy beatsmith to find out about life after Little Brother, the kind of outside the box thinking that could help Hip-Hop acts reach their fans, and why he feels the music industry could learn a thing or two by going to the movies.

Adam Bernard: Over the past five years you’ve become one of the most talked about producers in Hip-Hop. Talk to me a little bit about that ride. Five years ago did you envision yourself being in the position you’re in and working with the people you work with today?
9th Wonder: Absolutely not. I’m surprised that I am where I am as far as my accomplishments are concerned. I’ve been a part of some pretty great albums.

AB: What have been some of the more interesting stops on your journey?
9th: Mmmm, probably, to be honest with you, probably the LB break up. That’s been interesting to say the least, but you know, it is what it is and you gotta keep it movin.

AB: That was called an “amicable breakup,” so you’re all still friends, right?
9th: Yes, everything is cool.

“I feel like I’m by myself, but you know, that’s how it goes. I just gotta do the best music that I can by myself.”

AB: What’s been most different for you now that you’re working as a solo artist?
9th: I’m not in a group anymore. (laughs) That’s the only thing that’s different to me. I can say, honestly, there are times where I feel as if, and maybe it’s because of my own doing or what have you, sometimes I feel like I’m by myself, but you know, that’s how it goes. I just gotta do the best music that I can by myself.

AB: By yourself, but you have artists lined up ready to work with you.
9th: Yeah, you’re right, that’s what I’m saying. I’m talking about as far as I’m used to being in a collective.

AB: OK, so who are you dying to work with?
9th: Ghostface Killah

AB: Awesome choice. I’m wondering, how diverse are you looking to make the group of artists you work with? Is there anyone you’re looking to work with that you think may surprise people?
9th: Nah, because soul music is universal to me. I’m not gonna go off the deep end and work with a whole bunch of snap artists because that’s just a different type of music and I don’t do that. It’s not a knock against that, not at all. I just work with anybody doing soul music. Soul music accounts for so much so I can produce anybody, I think.

“I grew up in the eighties. I watched Duran Duran just like I watched Brand Nubian, so it’s all the same to me.”

AB: Anybody? Is there any chance we could get a 9th Wonder Fall Out Boy collaboration one day?
9th: I’m about to do a song with Gym Class Heroes so you never know. I grew up in the eighties. I watched Duran Duran just like I watched Brand Nubian, so it’s all the same to me.

AB: We’re about the same age.
9th: So you know what I’m talking about.

AB: Yeah, Run-DMC and Poison were on at the same time.
9th: Yeah, around the same time. “Pour Some Sugar on Me” and Def Leppard and “My Adidas” are the same thing to me. It’s no different.

AB: Do you think that folks our age, in their mid 20’s to early 30’s, get to be almost a little more creative because we had those very different influences growing up?
9th: We do, we do get to be more creative, but at the same time our creativity doesn’t get to reach the right people. The problem is the music that we like and we love so much, we don’t have an outlet to get it to the people, OUR people, other than satellite radio and everybody don’t have satellite radio. So what do you do if you’re my age and you want to hear something like that all day long? You can do nothing. We need our own outlet for it. We need our own commercial radio station.

“What was the average age of the folks who bought that record? It wasn’t 14. It wasn’t 13 year old kids.”

AB: If the right albums are targeted at the right generations do you think we could ever have a rebirth of CD buying?
9th: I mean, look at Mary J Blige’s last album. She sold 700,000 (in her first week). What was the average age of the folks who bought that record? It wasn’t 14. It wasn’t 13 year old kids.

AB: Yeah, and then you have an artist like Norah Jones whose sales are bananas every time she releases an album.
9th: Yeah, but see the thing about it is Norah Jones, Mary J Blige, Jay-Z, they have the money to push to a lifestyle market. In order to push to a lifestyle market you need incredible amounts of money because BET and 106-ers ain’t gonna get it, you gotta get to the people who have mortgages and bills and stuff and we don’t get the time to sit down and watch TV until it’s prime time or after 10 o’clock at night. It takes a lot of money to get on TV during that time, so if you don’t exist in those time slots it’s like you don’t exist at all because half of our generation don’t mess with the internet like that, but all of the great artists that are out right now in music, all the R&B artists, all the Hip-Hop artists coming out that can fit our generation, are stuck on MySpace. Rural areas don’t mess with internet. C’mon, man, there are cars with tape players in em. They make 2007’s with tape players in em. Everybody ain’t caught up yet.

“I know women will be coming in there that are my age, that have the money to buy a Coach bag.”

AB: That being said, and yes, I love my car’s tape player and collection of cassettes, where do you think your audience is and what do you think is your best avenue to reach them?
9th: I guess my best avenue is lifestyle marketing. Instead of me going to an in-store in a Virgin Megastore, knowing most parents, as a parent myself, and most people my age don’t have time to be running to no CD signing, I might do my in-store in a Coach bag store, where I know women will be coming in there that are my age, that have the money to buy a Coach bag. They’re coming in and listening to my CD play and I’m signing CDs right there. Or put a Coach bag coupon in my album. Do that. That’s lifestyle marketing. They put Common’s album in Starbucks. That’s lifestyle marketing. There’s a place for it, there’s just not a lot of money put there.

9th: To sum it all up, everything the Hip-Hop generation created, from Living Color to Arsenio Hall to Martin to Yo! MTV Raps, all the video shows, all the 80’s and 90’s movies, everything we created in the Hip-Hop generation is used to sell to the old and the young, but they don’t sell to us. How dumb is that? That’s it, man. Once somebody figures that out somebody’s gonna be rich.

AB: Other than putting that plan to work, what are your goals for 2008? What do you hope to be telling me about next year at this time?
9th: More music, man. More music and more college teachin.

AB: Do you ever see yourself working with the guys from Little Brother again?
9th: I would never say never. I’m game if anything.