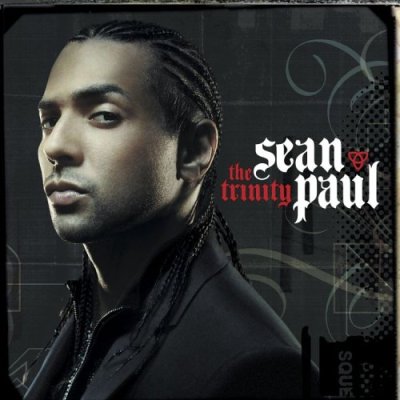 A few years ago, in 2002 in fact, a legendary British comedian died – his name was Spike Milligan. He became popular from the 1960’s onwards, his irreverent brand of humour being somewhat revelatory. He was oft controversial and, truth be told, a bit of a nutter (in the best possible way). I remember my brother used to love Milligan’s brand of humour, but even though I slavishly followed my big brother around like a puppy dog, perhaps I was a bit too young to get such abstract humour. One thing that always made me laugh, however, was his epitaph. This is what he ACTUALLY demanded the engraving on his tombstone should read:

Classic. Well, it would have been. Apparently, the Chichester Diocese at St Thomas’ Church cemetery, his place of burial, refused to allow this epitaph. He stopped a dead guy, a famous one at that, from having the epitaph of his choice! You know, Reader, I’ve been doing a lot of thinking recently. It seems that we are always being told what not to do. Perhaps it is to do with the fact that the police seem to be a law until themselves right now, as are the media – and the public (myself included) rarely challenge authority anymore. But there is something I’ve noticed recently, something that we used to do (certainly in the UK) but we don’t anymore. It was a secret code, one that, like Spike Milligan, subverted authority.

Whenever one was driving, day or night, and a car coming from the opposite direction would flash their headlights at you – seemingly randomly – it would only ever mean one of two things:

1) It was night time and you had either forgot to put your headlights on, or accidentally put them in the blinding “full” headlight position; or

2) There was a police car up ahead, one that would probably try and trap you, so slow down…

Yes, we used to warn each other, perfect strangers, that the police were up ahead, so be careful. It was one of the perfect unwritten codes of driving; one that helped our fellow man beat the system. Well, hardly anyone ever does it anymore. But I do.

And I would like to think that I would warn Sean Paul if the police were up ahead too. It seemed that in the build up to “The Trinity” he wrestled with a few issues, and claimed that he wanted to start making more “serious” music – that, to an extent, the club bangers were the only way to hook potential listeners in before hitting them with a message. A debut album that got his foot in the door (and even a spot in “Belly” – watch it again), followed by a classic sophomore LP that was the only logical step on the path to world domination. Sean Paul’s third album was, to put it mildly, highly anticipated. I, for one, was looking forward to a more balanced affair, weighing up club tracks with harder hitting fare. But once “The Trinity” dropped, something went awry.

Perhaps it was the fact that his previous claim turned out to be practically false – the record label may well have stepped in and told him to churn out more bangers and make conscious music next in the lifetime, who knows. But there were only really a couple of songs that managed to achieve it, whilst the rest of the album slavishly followed the success formula of “Dutty Rock” – without bettering it.

Opening track about weed? Check. Massive worldwide club anthem? Got it. Two duets with rising R&B girls? Yessir. Really, the only difference was the inclusion of “Never Gonna Be The Same” which dealt with the sad loss of a friend, a touching and poignant song. Otherwise, it is virtually identical in execution to his previous effort – and it wasn’t buoyed by the same successes. Sure, “We Be Burnin'” was the perfect introduction, “Temperature” is a classic (although not as instantly palatable as “Get Busy”) and “Give It Up To Me” a veritable party starter. But “Ever Blazin'” was average by his standards, “Never Gonna Be The Same” was totally under promoted, the Rihanna-duet “Break It Off” wasn’t the massive international hit it deserved to be.

More than this was how average the rest of the album was – credit to Sean Paul for keeping much of the LP Jamaican-based but, like Craig David’s second effort “Slicker Than Your Average,” keeping it too localised backfired. The non-singles virtually mesh into one another, they all sound so similar and underwhelming. A couple of songs, including “Send It On,” manage to stand out, but the rest lets “The Trinity” down badly. Don’t get me wrong, Sean Paul on an average day is still better than most in the market, and there are some massive singles on here. But there is a reason that this album failed to replicate the incredible success of his previous effort. And here it is.

Sean Paul was caught between two stools – between the music he WANTED to make, and the music that his record company TOLD him to make. Sure, they threw him a bone on “Never Gonna Be The Same” but his lead single failed to hit in the way it wanted to. You see, there are two versions of “We Be Burnin'” – one called “Recognize It” where he is flashy and pimped out, and the other called “Legalize It” where he is calling for the old “Marry Joanna” to be as legal as tobacco. It was an interesting concept, but it didn’t really do much for the listening public. Even if Sean Paul is challenging authority on the track, he didn’t actually challenge the authority of his own record label. You get the impression that if he wanted to call his greatest hits album “I Told You I Was Ill” then his record company would say “Yes” and then change it to something else anyway. Well now is the time to flash our headlights at Sean Paul – we know your new album will be coming out soon, your record company is up ahead and they are going to try and trap you. Please stick to your guns and make the music YOU want to make – just make sure it is HOT, and they won’t be able to do a damn thing about it.