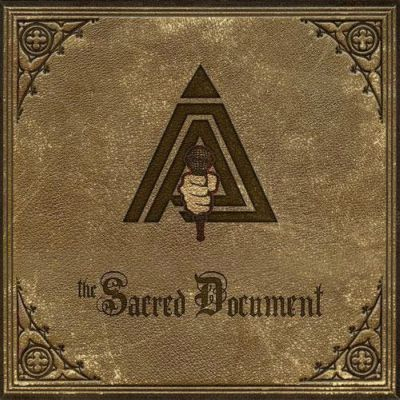 The Aztext :: The Sacred Document

This is the second album by Burlington, Vermont trio The Aztext. As on their debut, “Haven’t You Heard,” MCs PRO and Learic and DJ Big Kat are instilling hip hop with a healthy dose of old school sounds.

The album sounds good from back to front, with banging beats provided by Nastee, Dub Sonata, Special Weapon, E Train, and the Touchphonics. DJ Big Kat provides cutting and scratching throughout, which helps to tie all the beats together, and give The Aztext their own sound. Most of the beats are good, and a few of them are brilliant. “We Back” starts things off with what sounds like a hip hop version of the James Bond theme, over which PRO and Learic swap lines like the Beasties or Run DMC; “Lettin’ You Know” is a moody track with pianos and strings, accentuated by Big Kat’s scratching; “Keepin’ It Live” has a jazzy groove reminiscent of A Tribe Called Quest; “Pay Attention” offers some chopped up funk, while tracks like “Lookin’ Out My Window” showcase a mellower, more introspective side of the duo.

One of the best tracks on the album is “Adventures of..” which combines a dirty, bluesy guitar lick with strings, horn stabs, and sped-up vocals. The song showcases the duo’s storytelling skills as they relay the story of a night out in a seedy bar:

“The waitress slowly approaches says can I bum a smoke
I look at PRO but we both quit a year ago
But I fear if I say no she’ll just walk away so
I take her by the elbow and say well, hon
I don’t but what do you say we both go find one?
PRO shoots me a look as if to say fine son
Have your fun, but be sure you’re ready when the time comes”

They go on to take out the fake MCs in the club with a microphone massacre like Rakim used to deliver. Eric B. and Rakim are clearly influences on The Aztext, both in their storytelling style and their battle rhyming skills. “Roll Call” even sounds like “Know the Ledge.”

PRO and Learic’s verbal dexterity also looks back to the golden age of hip hop, when lyricism and verbal finesse were valued much more highly than they are today. It was this type of inventiveness and linguistic acrobatics that made me love hip hop in the first place, and I was happy to see The Aztext carrying on the tradition. They also score some nice features, including Mac Lethal and One.Be.Lo.

My one complaint with The Aztext is with their delivery. At times they sound forced, like they are trying too hard to sound hard. Its as if they were imitating Ghostface Killah at his most insane. Maybe it has to do with coming from an area that doesn’t have its own distinct verbal traditions to draw from, or maybe it’s a case of the MCs trying to find their own voice. To some extent it’s a matter of taste, but there were definitely several points on this album where I was not feeling their flow.

That said, The Aztext are a talented group who do a lot right, and they deserve recognition as a force to be reckoned with. Their beats and rhymes recall the glory days of hip hop, when dookie chains and Africa medallions were king. They are keeping the underground vibrant, and are doing Burlington VT proud.