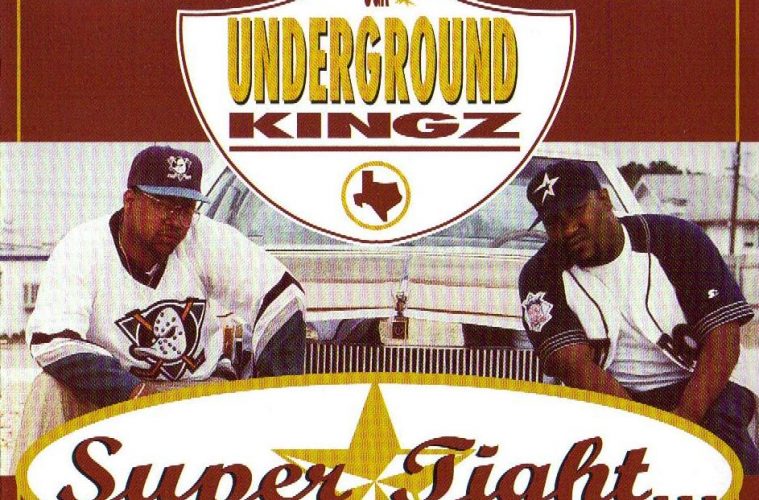 Two years after their classic debut, UGK came back stronger with the appropriately titled “Super Tight.” The most remarkable accomplishment during those two years was the fact that “Pocket Full of Stones” had caught on and become the group’s best known single, even appearing on the Menace II Society soundtrack. While Jive surely thought “Tell Me Something Good” or “Use Me Up” would be the song to put UGK on the map, the duo showed their strong street credibility could sell records too. Another important change during that time was the fact that UGK separated themselves completely from Big Tyme Records, the label that originally released “The Southern Way” and “Banned” and received partial credit for “Too Hard To Swallow.” With less hands in the mix and more freedom from Jive, UGK delivered another classic.

The first thing to note on the record is that Pimp C came into his own as a producer on “Super Tight,” producing all 11 tracks with DJ DMD lending a hand on two. DJ DMD, another Port Arthur native, would later become a Texas superstar with his classic singles “25 Lighters” and “Mr. 25-8.” Pimp C’s production style, a funky mix of samples, pianos, organs, laid back beats, and live instrumentation took full advantage of both his musical background and the musical heritage in the Butler family. The first track kicks hard as energetic organs fill the track while Pimp C lets us know UGK still ain’t playing:

“It all started with a Pimp C, bitch
So what the fuck is up
Told em somethin good
Ease up my muthafuckin cut
Cause if you don’t really wanna fuck wit a trill nigga
From the trill villa wit a steel trigga land of the real killers
Pop Pop muthafucka there you go
I’ma bust em on yo ass if you don’t ease up off me ho
Cause trill niggas don’t carry no sugar in they nut sack
Just big fat balls and a trigga in they backpack
So you gon give me my money, but you don’t hear me though
But I bet you hear me when I fill you with bulletholes
P.A. nigga, trill ass nigga
How you figga you can buck me down nigga?
Mr. big man, Mr. Big Tyme, give me what’s mine
Instead of buying cars for a bitch named sunshine
Give me what’s mine, give me what’s mine
Before it come down to triggas
Shit, it’s the return of the trill ass niggas”

The song’s brashness was further fueled by a subliminal diss aimed towards their old label. After a triumphant return, Pimp C and Bun B go on to acknowledge their underground status on “Underground.” UGK’s status as underground powerhouses was even more impressive considering gangster rap ruled the airwaves at the time, yet to some UGK represented “real” gangster rap. “It’s Supposed to Bubble” follows and shows that UGK can still make something funky for the radio. Pimp C laces the track with a smooth Pleasure sample while Bun B shows us that gangsters have been celebrating the good life way before Diddy, Jay-Z, and Cash Money:

“PA, PA, I keep yelling it
But y’all dont hear me though
On the cool, I’m trying to tell them it be
The place that I be laying low, lamping in my hometown
Niggaz ain’t trippin’ so I gets to keep my chrome down
And I be dippin around the spots that niggaz pass
Swishas, serving to the fiends, bitches calling me
Mr. Big Buns, snatching checks from your momma
Making dollars, hoes holla,constantly bringing drama
Uh, but I don’t sweat it fool, I come from where the best ride
Ain’t no punks where I’m from on that west side
PA nigga, A little town with big nuts
Where outta town motherfuckers lose they life on the cuts
But we ain’t trippin’, pass that dippin’
And it’s gonna be all right, soon as I get fried tonight
Yeah bitch, I got ya ho, but ho I’ll break ya knees
Full of Dom Perignon, amp water for the G’s”

“Too Hard To Swallow” featured Pimp C and Bun B as two hungry Texas cats trying to put Port Arthur on the map, by the time “Super Tight” rolled around the duo were established underground superstars and it showed in their cockiness and maturity. “I Left It Wet For You” is the ultimate diss to the husbands and boyfriends of the women Pimp C and Bun B ran through. “Feds In Town” is reality rap at its best as the duo detail the trials, tribulations, and triumphs of slanging cocaine and dealing with the feds. The crew also stays true to their roots by providing fans with “Pocket Full of Stones, Pt. 2.” Though the original will never be knocked off its pedestal, Pimp C laces this one with funky organs and deep bass to give it a more musical feeling than the original. UGK’s next big street hit came in the form of “Front, Back & Side to Side,” a song that inspired a generation of rappers, including T.I. who recently attempted to remake the classic on his “King” album. Borrowing from “Boyz In The Hood,” UGK crafted the perfect track for your ride:

“I got a ’64 Chevy in my yard
A white drop top, pearl paint job is hard
White plush inside, nothing roll this fresh
Triple gold, Double H, Daytons is the best, ugh
I got them sixteen switches like Dre
Cause where I’m from nigga that’s what everybody play
UGK-One on my motherfucking plates
Cause trill ass niggas don’t never come fake
I’m bout to hit Gulf Way, just past Troy’s
I’m dippin by myself, I’m bout to call up my boys
I pass up the carwash see some bitches lookin fine
I hit the corner one more time to see the booty from behind
Got to the corner, hit the switch and made it jump
I got these JVCs and the kicker so it bump, ugh
I know you ho ass niggas wanna ride bitch
I got the, front back, and side to side daddy”

UGK were kings partly because of their ability to create anthems for those who lived the street lifestyle, but their maturity gained them just as many fans as they always told both sides of the story. “Protect & Serve” features a tongue in cheek hook as Pimp C and Bun B speak out against police brutality and racial profiling. “Stoned Junkee” tells the tale of the other side of dope dealing as the Bun B details the life of the consumer:

“I live in every city, I stand on every block
I’m begging from everybody so I can smoke any and every rock
You see I’m homeless, I’m broke, I stank
I got some fucked up teeth, and I’m a thief so I gank
For lil’ kids lunch money, a child I would choke
And clothes line your granny for some change so I can take a toke
You see I’m not in my right mind
So I’m hoping that I can get some dope in my system by night time
So to make a lil’ cash I might wipe me a windshield
pump gas or take your purse and dash
Ain’t trying to make a deal with cha
but if I can’t get a dime for six fool I’m bout to get cha
Don’t fuck up and let me taste it
Cause I’ma chip yo shit, take my lil’ piece and free base it
I ain’t nothing but a clucker
Your typical glass dick sucking, base head geeking motherfucker
Just call me a stone junkee…”

The album ends as strongly as it started with “Pussy Got Me Dizzy” and “Three Sixteens.” “Pussy Got Me Dizzy” is in the spirit of “Pregnant Pussy” from the “Banned” EP, where the duo relates sex tales so extreme you know it’s half serious/half joking. “Three Sixteens” is as Hip-Hop as UGK gets as they drop a song about how hard their 16 bar verses are with DJ DMD lending a verse and a hand on the beat.

“Super Tight” was just as good, if not better than UGK’s debut. Pimp C’s skill as a producer was the highlight here as the man did everything from compose original music, sample old school tracks, and borrow from the new as Eazy E, W.C. and the Maad Circle, and the Beastie Boys are all sampled in some form. Pimp C sampled with the best, but his work on the keys and organs on this album was truly impressive and ushered in an era of southern music that has been adapted by the likes of Jazze Pha, among others. Pimp C and Bun B continued to complement each other perfectly on the mic as Pimp C’s brash and in your face style was balanced by Bun B’s serious and straight forward flow. The guests were kept to a minimum, but Smoke D, Mr. 3-2, and DJ DMD held their own on the album. The artwork might even mark the first, but not the last, time a rapper copied the Swisher Sweets box style for an album cover. Overall, another classic that should already be in your collection if you are a UGK fan.