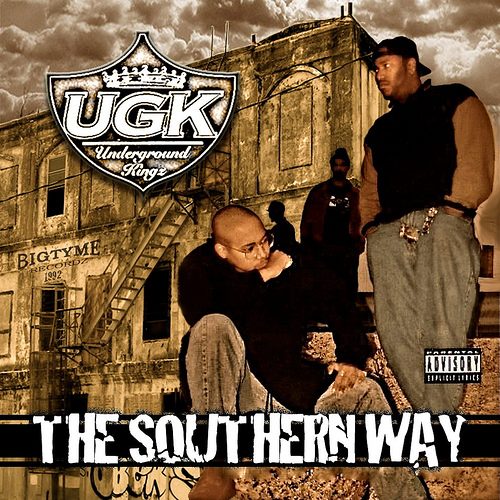 The music industry is quick to blame the internet for everything from lower sales to lower quality music, but the truth of the matter is that smart business men learn to adapt and don’t waste time complaining. Take the mom and pop music stores of the past, which were largely decimated by big box retailers who could offer lower prices. Many independent store owners complained, while a select few adapted to the times and moved their business online. Instead of heading to the local strip mall to find that obscure record you can always hit up some of the more “local” and specialized stores that exist online. SoSouth.com is such a store that specializes in southern music, and mainly Texas releases. On top of their excellent selection of Texas rap records (including some which are out of stock every where else), SoSouth’s Texas roots allows it to work out some exclusive deals that can only be found at their store. The first significant release was a Guerilla Maab box set released earlier this year. Priced at a mere 18.99 plus shipping, the six disk set is worth way more than the asking price as it includes all the Guerilla Maab’s earlier albums plus a bonus disk of new material from Trae, Z-Ro, and Dougie D. SoSouth’s next innovation has come in the form of digital downloads and its flagship product is the re-release in digital form of the very obscure first release from UGK. “The Southern Way” was a tape only release that was impossible to find and produced in very limited quantities even in Texas. To be honest, the release was more of a demo tape for the group as it got them signed to Jive. Most of the songs featured eventually found their way onto “Too Hard to Swallow,” but not in their original form. This 2007 reissue gives us these tracks in their original form plus a slew of bonus tracks. For only $5 you can get all 7 tracks from “The Southern Way,” 3 tracks from the “Banned” EP, and 9 tracks featuring UGK from various Point Blank and PSK-13 albums, including 4 special Screw versions. Considering that on average a full album goes for $9.99 on iTunes and that this is a very exclusive product I’d say $5 for this digital only release is as big of a legal bargain you’ll be able to find online.

The price itself makes this a must purchase for anyone calling themselves a UGK fan, but there are plenty more reasons to want to add this to your collection. First we get the original version of “Cocaine In the Back of the Ride” which features a different beat and may even surpass the Jive version with its up beat music and added energy. To be honest it almost sounds like they slowed the music down a bit on the Jive release. The next track is “Short Texas” and this one varies in no way from the Jive release other than in sound quality – being a tape only release this digital transfer reflects the original medium as we get that tape hiss and somewhat lower quality. If you prefer the analog sound this might actually be a good thing. “Something Good” is where things really get interesting as we get to hear the original verses and not the more radio friendly verses Pimp C and Bun B were forced to do for the Jive release. Pimp C’s verse is especially gutter compared to the version most of us have heard:

“One motherfucker, two motherfuckers
Three motherfuckers, 4 wanna squab with me
Over they motherfucking hoe
Tell them like this
You better get up off my dick nigga
Before you have to deal with my motherfucking trigger
I don’t figure that it’s worth all that G
Getting your ass shot cause your bitch gave me the pussy
Don’t it feel funny when you go down to eat her
Knowing that you sucking on another nigga’s peter?
And when you get a kiss, do you feel bliss
Knowing that you swallowed all that semen and that piss?
You want to step to me but I don’t really think you should”

This verse is rated NC-17 compared to the version we got on “Too Hard to Swallow” and maybe it was a good thing the folks at Jive pushed for a more toned down UGK as it helped the group stand out amongst all the other hardcore gangsta rap groups of the time. “Trill Ass Nigga” follows next and showcases another trend between the original and Jive versions of the tracks. The original song featured a more amped and upbeat backing track while the Jive version has a more funk drenched and slowed down beat. To be honest, UGK sounds a lot better and smoother over more laid back music. “976 Bun B” is the next track from “The Southern Way” and it too features a different beat as the original sample obviously couldn’t be cleared or wasn’t cleared by Jive for financial reasons. The final official track comes in the form of the original “Use Me Up” which once again features the same smooth beat but much more raunchy lyrics from Pimp C. While hearing “The Southern Way” is the true reason to cop this you get plenty of great bonus tracks. We get three tracks from the “Banned” EP including the controversial “Pregnant Pussy.” Ending the release are a collection of tracks culled from the rest of the Big Tyme Records catalog. We get tracks from Point Blank’s “Prone To Bad Dreams” and PSK-13’s “Born Bad” which feature UGK. It’s a good thing to get these tracks here as the bulk of the early Big Tyme catalog is rare and hard to find outside of Texas. The giving keeps getting better as added at the end are four Screw mixes of UGK tracks and when I say Screw mixes I mean versions blessed by the hands of DJ Screw himself. The tracks are taken from Screw tapes I assume, though DJ Screw was also at one time signed to Big Tyme Records.

I would have been happy to be able to purchase “The Southern Way” at regular price, but the value you get from this special version on SoSouth.com is HUGE. On top of completing your UGK collection you also get to hear a very rare process in hip-hop – the one that goes from demo/local release to refined national release product. You get to hear the changes made and not made in the UGK songs and get in the mind of the people at Jive to see what they saw in UGK and what they wanted to change. To be honest, hardcore fans would have probably preferred the original UGK hardcore lyrics, but one has to give credit to Jive as without the changes who knows if UGK would have caught on as they did. While the compiled nature of this collection makes it hard to call this a classic, it comes surprisingly close as all the tracks on here are vintage UGK. Basically, go cop this while it’s still at the $5 sale price and while you’re at it check out the other digital sales going on at SoSouth as they launch their new digital store.