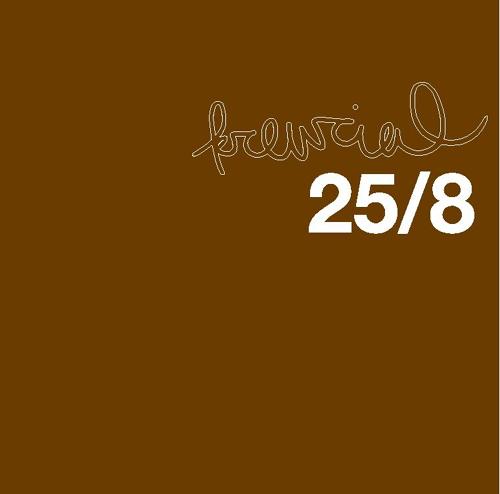 The attack on the vinyl empire comes in waves. First, the CD players were introduced onto the market as the eradicators of black plastic. The small silver discs were a success, but vinyl remained steadfast. The second wave is now beginning to roll onto the shores. iTunes, mp3 platforms, and digital mixers are starting to get popular with DJ’s and music lovers alike. A European hip-hop website wrote an article about all the good reasons to trade in one’s vinyl collection for an Apple Powerbook full of mp3’s. Who needs a hernia anyway?

Krewcial, one of Belgium’s best kept secrets, isn’t begging for a hernia, but he will defend his vinyl fetish 24/7, even “25/8” if necessary. The MC/producer from the medieval town of Gent has been crafting his skills in “RJ’s basement” for years and years, steadily expanding his vinyl collection. Just before the Y2K, he rhymed:

Through that debut album, called “Live Guy With Classes,” Krewcial gathered a small but dedicated fan base in both Belgium and some neighbouring countries. His lively presence, enthusiasm and purist love for his music also got him noticed by a label known for some of the most soulful hip-hop music around: Breaking Beyond Even Records. Home to not only Jay Dee and Pete Rock, but also crate diggers Kon & Amir. If you would have to name one of vinyl’s refuges, this would be one of them.

Apart from their joint love for ‘dope on plastic,’ there are other reasons why Krewcial released his sophomore album through BBE. Krewcial is heavily influenced by jazz music, and doesn’t mind working together with musicians from that genre to give some extra juice to his songs. The solemn guitar chords and the subdued chorus lines sung by former Zap Mama singer Tanya Saw give “Reminisce” a melancholic, heartfelt vibe.

This musician stays away from externals as far as possible. His website, Krewcial.com, is just one page stating his previous studio work, his involvements this summer, and contains some links to befriended artists. (That might be caused by server problems, since there are other pages available through search engines.) The “25/8” booklet only contains a picture of the MC sleeping on the couch, holding his newborn son. No page long thank yous to everybody in the rap game, but just a track list, a logo, and a CD with music on it.

“U.R.U,” another composition featuring Tanya Saw and Little Brother’s own Phonte, is an ode to Krewcial’s wife with compelling bass lines and a tingling piano riff. It is exemplary for the no-nonsense approach Krewcial uses on this album. Phonte is not the only progressive underground talent to donate his voice to “25/8.” Stones Throw’s Kazi and OhNo come through with “On Point,” and Def Jukie Murs expresses his thoughts on “Everyday” life progressing. Especially “On Point” is not the strongest track on the album, even though Krewcial stepped up his game to provide the Oxnard MC’s with a beat to their liking. Murs also sounds like he’s running on auto-pilot, but his singing/rapping routine does what it is supposed to do. Basically, it’s up to this Belgian cat to take care of his own show.

With an apparent predilection for funky jazz artists like Grant Green and Horace Silver, Krewcial manages to craft a sound that is consistent, but not boring. Songs like “Krewc Control” and “Live From RJ’s Basement” liven up the place with bouncing bass lines, but “Oxygen” and the personal tribute to his grandfather even things out with mellow piano keys and fickle finger snapping. Krewcial summarizes it all on the title track “25/8”:

“Leave me alone
With nothing but a beat and a microphone
The result is tracks hitting your tympanum
Hip-hop anthems, I’m non-stop sending ’em
Other MC’s are insecure
Because I am so pure
Over this flawless rawness
That y’all so adore
Krewc is holding it down all seasons
Just like M-Town, man, I got my own reason
The ‘K’ coming with the next shit
Your asset requested it
Need me to come with outstanding ad-libs
So I’m proceeding, giving you what you needing
Making sure your ears are bleeding”

My only problem with Krewcial is his style of rhyming. It has nothing to do with his insightful lyrics or pouch filled with witty punchlines. My main concern is with his mic delivery, which can get monotone at times. His laid-back, rather nasal tone-of-voice certainly is of a very distinct flavour, but sometimes you wish he would vary the cadence of his bars a bit more.

Because “25/8” was recorded in 2004, I might disclose Krewcial has continued his quest to keep vinyl alive. Together with Lefto, one of Belgium’s leading DJ’s, he was allowed to do an “Out of the Blue” remix record compiled of songs out of the Blue Note archives. I hope this artist will stay on this path, and is willing to produce for other artists as well. It will keep his quest for vinyl alive, and maybe gather some more followers.