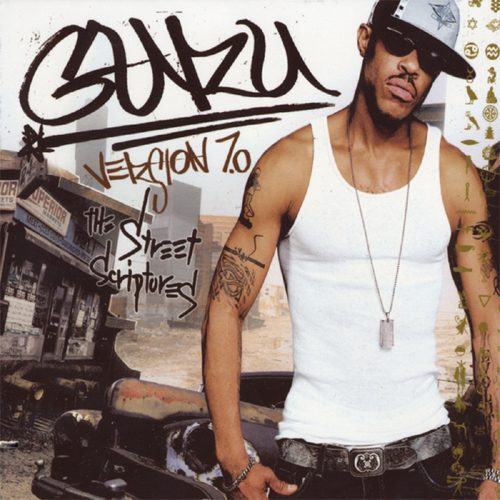 Some would consider it unusual for one half of a legendary duo to start working with someone new. When that collaboration ends up successful and spawns a whole second career for said artist it has to be considered incredible. Guru’s been there. In fact, he’s there right now, because this is exactly what’s been happening for him since he teamed up with New York producer Solar a handful of years ago. This week RapReviews caught up with both Guru and Solar to discuss their teaming up, including their thoughts on the initial reactions to it, how they made dissenters into fans, and some of the things they’ve heard label heads say about Hip-Hop fans over the years.

Adam Bernard: Guru, what kind of avenues do you feel you’ve opened up for yourself thanks to your working relationship with Solar?
Guru: My partnership with Solar has taken me to new heights lyrically, conceptually and as a businessman. We were introduced as friends over six years ago. After I expressed a lot of my frustration about A&Rs and execs messing with my creative flow and so forth he said you’re an icon, man, stop complaining, start a label. I thought about it and then asked him to join me. Since then we’ve put together three classic releases and with each one the chemistry has grown. He’s pushed me and really challenged me to come up with iller lyrical concepts and more advanced lyricism and that’s what I always wanted to do. For me, I’m in a great place and I’m going to even greater places, so I’m very excited.

“What we’re doing right now is necessary for the growth of Hip-Hop, not just Guru, but Hip-Hop.”

AB: Most of the time a veteran will fade away because they refuse to change musically, but you two received some really negative initial feedback when you first showed signs of wanting to change. What happened there?
Solar: Both of us kind of got thrown for a loop. I never expected that amount of anger and venom to be unleashed from The Street Scriptures. That came out of nowhere. It was a very hated album. Not because musically it was no good, it was hated because somehow or another Guru was being chastised or punished for going outside his past situations, but I can honestly point out the Wu-Tang Clan all ventured outside the RZA and nobody ever attacked their work, Q-Tip, Rakim, all these guys have ventured outside their past relationships and worked with new producers and nobody attacked their work. What happened ultimately was that the sales were good on the album, but the real benefit to it was that it catapulted my name into the ranks of big producers because suddenly my name was being mentioned with his ex producer and other producers and people saw and heard that Solar is not a joke.
Guru: You mentioned that artists, in order to stay relevant, have had to move forward and that’s exactly what it’s about for me. I looked at all my favorite artists and how they developed and stayed relevant and so forth and that was a great era, it was great and I’m proud of it, but at the same time I’m proud of what I’m doing right now. I’m thoroughly immersed in what I’m doing with Solar right now and what we’re doing right now is necessary for the growth of Hip-Hop, not just Guru, but Hip-Hop.

AB: One of the ways you two have moved forward includes last year’s Jazzmatazz 4. How did that album come together?
Solar: Ultimately I went out and researched jazz and saw very strong parallels on the social and political level of jazz and Hip-Hop. I don’t even have to tell you how many artists sample jazz breaks. That led me to the first single which was Common and Bob James, Bob James being one of the unsung heroes of Hip-Hop. That break, “Take Me to the Mardi Gras,” if you ask Grandmaster Flash, Kool Herc, Afrika Bambaataa, you ask any of your Hip-Hop pioneers and they’ll tell you that “Take Me to the Mardi Gras” was the de facto go to break next to “Funky Drummer.”

AB: As label owners, what kind of adjustments have you had to make in terms of getting your music out there?
Guru: 7 Grand has always been very futuristic ideas, so this whole digital age, Solar was embracing it ahead of time.
Solar: I couldn’t wait for MySpace. When MySpace came I was like I’m there!
Guru: He was all over it and he got me on it, so this company is all about the streets but also the virtual streets. It’s all the same thing.
Solar: It’s not like back in the day when an independent record would come out with no promotion and people would buy it just because it was new and independent and DJs would spin it as long as it was hot. That was a good time, but the majors and the administrations that are there now have formed some kind of an opinion that the Hip-Hop heads out there are stupid. This is what they believe. The record companies that are putting music on television and the radio all day and are putting out this nonsense that they’re calling music but is just ringtone garbage, they literally told me and Guru, and I’ll say this in public, that the youth of America is too stupid to appreciate good music. Thankfully, the people out there who are intelligent are starting to get more powerful.

AB: If you were a young artist trying to get on today what kind of steps would you take to make that happen?
Solar: I tell the young MCs out there if you really love Hip-Hop then you’re gonna do good music and you’re gonna do music that Hip-Hop is about. Rap about what you know; your experiences. One of my biggest concerns is that these cats who have made millions of dollars now make records that say, the kid working at McDonald’s, fuck him, he’s a piece of shit, he doesn’t deserve a girl, he doesn’t deserve anything, he’s a lowlife, but the kid selling drugs, he’s cool, the killer, he’s cool. Well, Guru and Solar approach that from a whole other angle. We want to say big UP to that kid working at McDonald’s. We know he ain’t there cuz it’s fun. We know he’s not working at K-Mart because it’s what he wants to do with the rest of his life. He’s doing it because he needs a little money in his pocket, and you know what, that’s the way it should be. You gotta work to put some money in your pocket. I did it. Guru did it. The kid that’s selling drugs on the corner, I’ll pull him to the side and say what’s going on here, bro? You’re only gonna go to a jail, a home, or a buggy. There ain’t nothing coming out of that. And to these young ladies out there, give these young dudes a chance. Don’t just think that because they don’t have a car or a chain that they’re not worth talking to. Take time to talk to that dude working at the McDonald’s or the K-Mart, you’ll probably find that he’s a nice guy with a good personality that will probably treat you like gold.

AB: Solar, you’ve also done some impressive community service work. Talk to me about it.
Solar: Coming from a tough, challenging background, not having good people around and so on, I decided my way to show my appreciation for me being given my version of the American dream was to work with children that were in trouble. The children I chose to work with were homeless children. It’s still a cause that’s very close to my heart and I’ll just touch on it very quickly. What we have in America is a situation where, and I’m not even talking about now because I’m just getting my mind around this mortgage crisis and what affect that’s having on children, but prior to that you had a situation where when parents would fuck up, if you’ll pardon my language, the children would be punished. Because mom didn’t pay the rent, because she’s out running the streets doing drugs, daddy can’t keep a job, if there’s a dad around and nine times out of ten there isn’t, so whoever’s around is messing up the money, bills aren’t being paid and the next thing you know the kid is in the street, too. These children haven’t done anything wrong and most of the time all these kids want is an opportunity. I don’t want to get too deep into that, though.

“You can look at it like a vote. It’s a vote for the balancing out of things in Hip-Hop. It’s a vote so that Hip-Hop doesn’t die.”

AB: OK, so is there anything else either of you would like to add about music, or life in general?
Solar: We’d appreciate it if you could just get it out in this article what these young cats need to do to keep independent music alive. Corporations can lose a ton of money on their records because they’re multifaceted, with film divisions, electronic divisions, fashion divisions. Solar and Guru are just a music company and that’s all we are, so we need the fans to buy an actual CD. We need you to do that to keep us going. We’re not going to say we mind you downloading. Download for free, enjoy it, I would think that’s a good thing, but because we’re independent for now we also need you to go out and buy a physical CD. Buy one for your brother. Buy one for your cousin. That’s what we need you to do if you dig what’s going on with Guru and Solar and 7 Grand, we need you to actually buy a CD.
Guru: You can look at it like a vote. It’s a vote for the balancing out of things in Hip-Hop. It’s a vote so that Hip-Hop doesn’t die, so that Hip-Hop is not taken away, because as quick as we got it, it can be taken away. For those who are intelligent, creative heads who are tired of what’s being force fed to them this is the way to go about it, this is the way to stand up and say OK, I’m gonna make my opinion known.