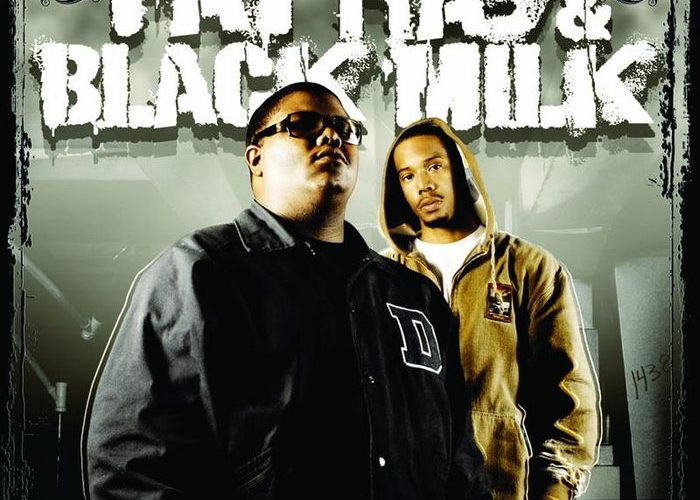 Fat Ray and Black Milk :: The Set Up

Most great music producers tend to have what I call “bookmark moments” in their career. That’s when their production style takes an abrupt turn away from what their fans are familiar with, pretty much establishing a new signature sound for themselves. I’ve heard most people refer to this situation as the producer “reinventing themselves”.

I call it “the bookmark” because fans, hardcore fans, can clearly identify the point in their career when they began a new chapter in their sonic evolution. It’s usually the point where listeners debate the merits of “this style versus that one”. Primo, Dilla, Dre, and Timbaland is just a short list of producers whose hip-hop careers are defined as much by their bookmarks as the records they have personally blessed our ears with.

There are a number of reasons why a producer would do this. One would be that success creates an army of emulators (biters), making it necessary for a producer to change up/switch up. That is, if they are trying to keep their respective lane all to themselves. Another reason is that exceptionally creative minds never stay static, they are always on a journey towards the next experience; unwilling to settle with what has made them successful in the first place. Sometimes it’s just as simple as the inspiration that comes with copping a new piece of production equipment, samples or sounds.

Sometimes a producer will let you know when they’re getting ready to make that metamorphosis.

There was an instrumental track on Black Milk’s album “Popular Demand” called “Luvin It”. The track itself was a driving cornucopia of thick electric piano chords, weeping electric guitar, shimmering tambourines and sparkling electronic noise. If you pay attention to Black Milk in the background, you can hear him when he utters, “This the type of shit I really wanna make, man.” For those paying attention, you could take that as BM stressing his desire to create music of a higher complexity â€“ a wonderful intention as far as I’m concerned.

I mention all that because on this album, I think we’re getting an opportunity to peep at BM creasing the corner of that page. The production on “The Set Up” is a subtle, but obvious departure from the style heard on “Sound of the City” and “Popular Demand”. Allow me to elaborate a taste.

BM has never been afraid to play with tempos, on “The Set Up”; he takes the tempos up to “booty shake” (a Southern slang description for bass music) levels on the tracks “Not U” and “When It Goes Down”. These tracks also features obscure loops of the type you would usually identify with Cali-based producer, Madlib.

“Lookout” features a Dawali-like rhythm fleshed out with synth note bends that I’m sure would sound CRAZY in a club system. I gotta admit that it resembles a Timbaland joint because of the way that it is structured, yet BM stamps it with his own personal signature.

“Bad Man” takes a chance with a snare drum that is bit more aggressive than what most hip-hop producers are willing to use in a hip-hop record these days.

“Take Control” seems fairly straightforward until you get to the chorus, made thick with dense vocals, thick chords and flute-like sweeps.

“Get Focused” features jangling electronic noise sprinkled over drums so dusty, you would sneeze if you listen too close.

Sure, some beats work more than others, but the point I’m trying to make here is that he’s traveling â€“ and I’m down to ride with dude wherever he’s going.

The only thing that stops this from being a joyous affair for this reviewer is the lyrical performances seem to just be here to keep from calling this disk a beat cd.

The lyrics are mostly aimless battle raps that don’t do a lot to stick in your brain after the last note of the track fades from your speaker. This is disappointing because everyone on here (Guilty Simpson, Fat Ray, Black Milk, Phat Kat, and Nametag) have ALL turned in excellent vocal performances at other times in their recorded history â€“ well, at least better than what they decided to drop on this one. This one is a bit of a disappointment after the complete event that was “Popular Demand”, however; you can’t expect dudes to bring their burners out every time. It’s all good; everybody got that record in the middle before they get to some new classic shit.

I’m going to chalk this release up as a “transitory” album, because I feel that its real meaning is that it is serving as a testing ground for the bookmarking of Black Milk.