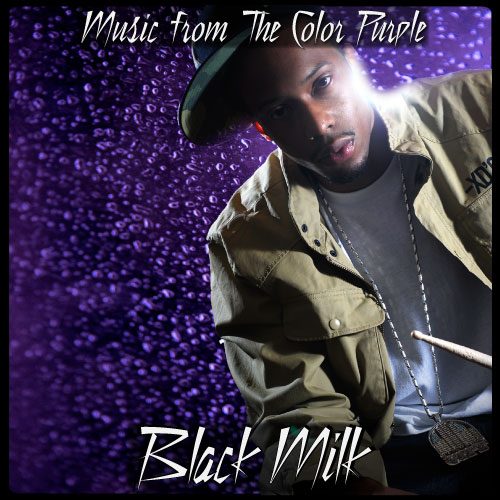 Detroit phenom Black Milk posted a beat sampler FOR FREE on his MySpace last week, essentially to get people excited for his sophomore album, “Tronic,” set to be released October 28th. Does anyone in their right mind seriously need a new reason to be excited about this? If people haven’t heard Elzhi’s “The Preface,” Bishop Lamont’s “Caltroit,” or Guilty Simpson’s “Ode to the Ghetto”â€¦wake the fuck up!

Anyway, is this sampler a collection of throwaway beats that didn’t make the cut for “Tronic?” Hell no. In fact, it’s more or less a tribute/concept tape, sampling the music fromâ€¦well, Black probably doesn’t want me to drop any names so I won’t. But Milk resides in the Midwest and it’s called “Music From the Color Purple.” Connect the dots.

The eleven tracks are offered untitled, allowing the listener to give them their own name or a variation of its sample’s source. The first cut is an absolute heat rock, varying between vocal samples from “All the Critics Love You in New York” and a frenetic bass-drum combo. Track 6 knocks with only a slight borrowing necessary while Track 10 turns a spacey piano flip into what could easily pass as Jaylib-esque Dilla. All eleven beats share Black Milk’s signature drum patterns, which have become the most notorious in contemporary underground hip hop.

At 22 minutes and $0.00 you literally have nothing to lose and everything to gain. These are beats you’ll never be able to pay to hear someone rap on and spark one’s imagination to the possibilities if talented producers could sample other talented musicians at will. Dream factory. And as a final note, make sure you play the tracks in order as requested by Black Milk!