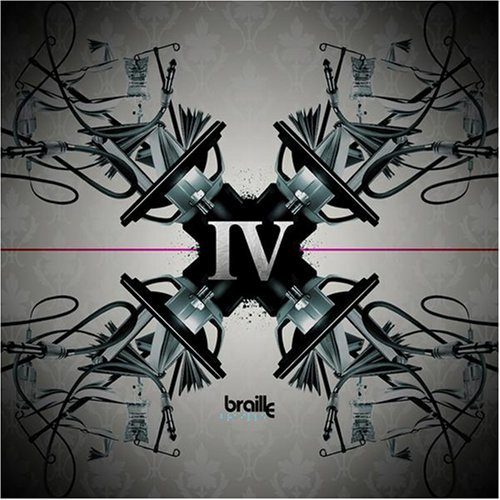 It is difficult to criticize someone who has good intentions. When Braille’s last album “Box of Rhymes” was thrust upon me a little over a year ago I was not looking forward to listening to another one of those positive, non-cursing rappers. Aside from being averse to the overly positive, I also hate to be on the critical end of said projects. It’s like pointing out a gospel singer can’t really sing, it makes me look bad. Putting my job ahead of my vanity, I begrudgingly popped his CD into my player and realized I would end up looking like an ass once again. This time though my reputation would be hurt by the fact I underestimated the dedication and passion possessed by the Oregon-bred emcee. Through the course of an album, Braille poured his heart onto each beat and exuded an honesty and sincerity that is rare in any music. Just with that he gained my respect and admiration. Had Braille been a really wack emcee, it would have been extremely difficult to criticize him because of the honesty and sincerity he showed. Thankfully, Braille also blew me away with his rhymes and beats and even showed me music could be spiritual without being preachy.

Last time around I severely underestimated Braille and this time around I risked building up unattainable expectations. Luckily, Braille’s partnership with Koch Records has pushed him to up his already superb game and come through with an album that’s even better than “Box of Rhymes.” The line-up of producers is an all-star ballot that includes Kno, Ohmega Watts, J-Zone, DJ Spinna, Marco Polo, 88 Keys, and Oh No. With those men manning the boards there is no reason to even question the quality of the beats. Braille understands the quality of the music he gathered for this album and comes with equally excellent lyrical content. On “Blessed Man” he is both spiritual and romantic (how’s this for a contrast to the current trend of romance=sex):

“We walked through the park holding hands
And I’m thinking to myself I’m a blessed man
You’re so beautiful the words escape me
Like the day I watched you give birth to our baby
You illuminate when I’m in a dark place
Bless my heart with a smile on your face
I will say it, my wife is hot
So it don’t matter how much ice I got
I put a ring on her finger, leave it at that
If it wasn’t for her, I wouldn’t be where I’m at
If it wasn’t for God maybe we never would have met
But he brought us together so there’s no question we’re blessed
I don’t write many love songs, I’m sorry girl
The truth is I never hear beats worthy of it
But when the glove fits I let the world know
I’m married to an angel and plan to stay faithful”

Braille continues to excel when he opens up and gets personal as he addresses the recent death of his father on “Many Stories:”

“I was in Portland writing this song
Then I got a call that something was wrong
It never crossed my mind that you might be gone
Cause you were so young and your will was so strong
On my way to the hospital, I was driving slow
Didn’t really think it was your time to go
When I arrived, I was calm, asking what happened
They said after the cat scan I can chat with the chaplain
And he’s telling me you had a major stroke
A vessel in your brain stem suddenly broke
Took me to your bed, now it’s just me and you
Father and son in the emergency room
I said a few words, you couldn’t even speak
The only reason your breathing is from a machine
I’m always gonna miss you, but God gave me peace
Letting go of regrets, holding on to the memories”

This song is even more heartfelt considering Braille’s father opens up the album by congratulating him on his fourth album. The ability to construct verses that effectively convey emotion is often overlooked, but it truly is a difficult task and one which Braille excels in. Combine that with Braille’s ability to inject interest and importance into everyday events like the birth of a child and you will easily understand the appeal and talent he possesses. Braille also manages to balance out the tragedies in life with a positive outlook. Though you’ll feel for him the most when he opens up, you’ll also be digging the vibe on the lyrical “Double Dose” and appreciate the optimism shown on “Counter Attack” and “Get It Right.”

Braille turns the ordinary into the extraordinary. The common compliment literally holds true for Braille as he leads a very ordinary life, but manages to turn those ordinary experiences into extraordinary music. When you couple Braille’s ability on the mic with the excellent beats found on “The IV Edition” there is nothing to complain about. The only reason I can’t give the man a perfect score is because he tells me not to on the J-Zone produced “ADDvice.” If Braille says he still has room to grow, I am not the one to question the fact that bigger and better things will come in the future. My only advice to those you have yet to peep Braille is to jump on the train sooner than later as not only will you be able to brag about being into his music first (vanity rears its ugly head yet again), but you’ll also be better for it.