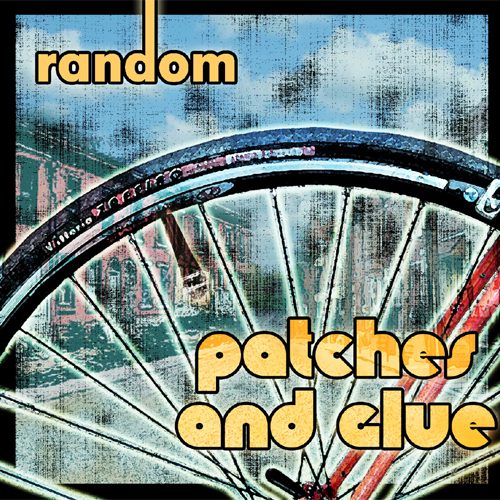 Random is one of those unknown rappers that has bubbling beneath the surface for a long time now. Most notably the Philadelphia-raised emcee dropped an album under the radar a couple of years back entitled “The Call,” which received fairly high critical acclaim, but did very little to popularize the striving rhymer. Random is back with a new independent release with “Patches and Glue.” Whether it has enough firepower to propel him onto the forefront of the hip-hop scene is yet to be seen.

It is refreshing to hear from a rapper that does more with his life than just spit bars. Random holds a degree in African American Studies from Penn State University and holds a day job as a special education teacher. Therefore, the lyrics on “Patches and Glue” lack the ignorance and shallowness of much rap music, but avoids the possible pitfall of being labeled as pretentious. The pen is mightier than the sword, after all.

The feeling of the album is evident right from the first legitimate track, “Fly”, produced by Raze Brooks. It reveals a raw, sometimes under produced, touch that remains throughout. Certainly, the breezy tones on this specific track coupled with the horns that pierce through the speakers to compliment the chorus are generally classifiable as pure hip-hop, more so than typical rap. Instead of spending time catering to a bloated ego (that most rappers have), Random refers to “Fly” in the manner of transcending, going to greater heights than ever expected as he expounds with the lyrics, “the sky is the limit, but your mind is limitless.” These softer, mid-tempo songs fit his flow more than up-tempo and aggressive cuts like later tracks (“Til the Horns Blow”; “The Get Down”). His flow does not lend to this demeanor. He sounds like a less-animated version of Rhymefest, especially the way he accentuates the last phrase or word of his lines.

The true highlight of the album comes in the form of “The Beatdown,” which is produced by K-Murdock of the Rawkus group Panacea. The sing-songy hook is one of the few moments on the disc that shows hints of crossover appeal. The concept of the song is how sometimes things that happen in life can keep you down and that you have to keep yourself lifted. Random gets more introspective this slice of his first verse:

“I graduated from school just like a good son
But just how far could a shorty from the hood come
Never was a hoodlum
See I ain’t trying to do +Thriller+ numbers
I’d be satisfied with a good run
Handcuffed to the mic, doing a life bid”

Most rappers try to save face, by creating a false image of being a hustler or hoodlum; however, Random realizes that this is not the right path and that these tales are not necessary to be successful in this industry.

Meanwhile, Random keeps things fresh with songs like “Inbox,” which is a storytelling track about the modern diversion of internet dating. The concept is realized with clever usages of popular computer lingo phrases: BTW, OMG, BRB, LOL, IMO and so on, all over a light-whistle backdrop. The narrative takes a direction that indicates that these relationships all too often go sour as he exemplifies with lines about character, “Life of the party online, but in person mad shy” and the way the computer landscape can disguise things, “And when you were describing your figure, the size 13 feet didn’t show up in the picture.” It is clear that the featured emcee has put some thought into the various aspects of this new age social norm, though despite its cleverness, the song gets a bit tedious with a tired hook and the fact that sometimes it feels cheesy. The same can be said about “I Pray,” a cut that is surely aimed to be the epic on the LP at 7:31 runtime.

In a strange way the reasons that Random succeeds are the same as those that hamper the album. The most notable point was touched on earlier; from a production standpoint the tracks are pretty raw and do not have much of the sonic thrust, which lends itself to direct your attention to Random’s better-than-average lyrical display. DN3 takes a majority of the production creds and he does a decent job. Not withstanding that many of the textures feel pretty simplistic and could use more sampling (like on the track “Grandma’s Boy”) and scratching. Random can get caught up in his own style too much as well, when the rhyme scheme and flow becomes repetitive. A final note about a slight annoyance: the album sits at a respectable 44 minutes in length over the course of 11 tracks and still whoever in charge has the audacity to call the last two tracks “bonuses.” It’s clear that this was only done because “I Pray” is a more suitable ending than “Wings,” another storytelling song about 9/11, or the remix to “Inbox” that officially closes the curtains on the “Patches and Glue” album.

Random has all the right tools to potentially become a very good rapper with a good team around him. He is craftier than most in this trade–a trait learned through the pursuit of higher education. Unfortunately, it remains unclear as to whether “Patches and Glue” will turn any heads in Random’s direction in the ever-shifting landscape of rap music because greatness still eludes him.