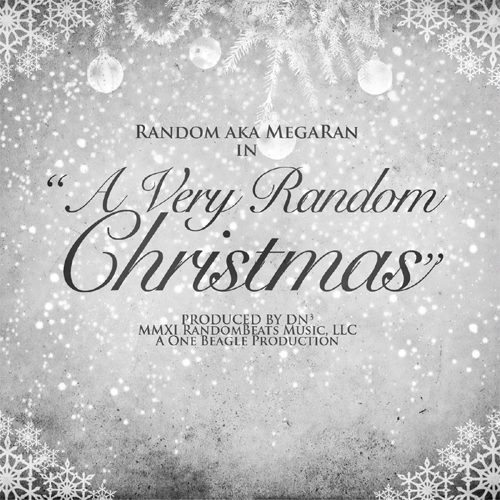 It’s either the most wonderful time of the year or it’s the most stressful – probably both. Christmas is one of those holidays you don’t have to be Christian to celebrate (though some would argue it helps) because at its core it’s about family and friendship. That’s the plus side of the holiday: family dinners, spiked eggnog, laughing and sharing gifts with those who mean the most to you. Unfortunately the gift side leads to one of the most negative aspects of Christmas – holiday shopping. Many of us would rather avoid the post-Thanksgiving lines and in-store brawls and go Cyber Monday shopping instead, because no matter how much you care about your loved ones, no gifts are worth being bruised and trampled for.

“A Charlie Brown Christmas” may be almost 50 years old now, but new viewers would find the themes of joy and pain from the opening paragraph are just as relevant today. The protagonist of the animated special loudly ponders whether or not the spirit of the holiday has been lost in the rush to commercialize it and sell it. There’s a mild Christian overtone to the whole thing, but at the core the point is to celebrate friends and family, so it doesn’t matter if you have the biggest and shiniest Xmas tree – just a good one you can all sing carols around. I grew up with this special airing every year during the month of December, in an era long before the advent of cable TV and satellite receivers in every home, and even before there were home VCR’s to tape it with. In many ways I would anticipate watching the antics of the lovable Peanuts gang as much as the presents under the tree – and far more than presents with clothing inside.

Some people consider music classes from online universities when they want to hone their skills.

Like a hand knit sweater festooned with images of Santa and his sleigh pulled by reindeer, Random a/k/a Mega Ran’s “A Very Random Christmas” is something you’re probably only going to experience around December. Unlike that sweater though you won’t be embarrassed by the merry melodies of hip-hop’s favorite gamer. The samples that festoon the seasonal raps are taken from that old Peanuts special, which makes them either very familiar to fans like me, or a sly way to tie together Ran’s holiday inspired rhymes with holiday pianos and chimes – again it’s probably both.

“We are a band of carolers
We march through the frost and the snow
We may not care for the weather
but still, on our way we go
At every hall and cottage
that stands upon our way
We stop and wave to the people
and wish them the best for the day
We wish you all a Merry Christmas
made bright with Christmas cheer
With peace and hope and gladness
and all that you may hold dear”

In a day and age where it’s considered politically correct to say “Happy Holidays” instead and not risk offending someone, the joyous tidings of “Christmas Is Coming” are in some ways a bold sentiment. Thankfully if there’s one thing hip-hop is famous for over the last 30+ years it’s not being politically correct, so I appreciate the sentiments of Ran and his friend Phill Harmonix. That’s not the only outside cameo on this short but pleasant six track EP addressing different themes relevant to the season – Lefty and Pennywise share tidings of joy too. Anyway back to Random – “Wishlist” is a child’s entreaty to Santa to bring the best holiday gifts and not surprisingly “a couple of video games (and) a herringbone chain” make the list. “The Night Before Christmas” flips the script on a poem recited during the holidays and turns it into a tale of woe about being jacked by a holiday robber – before Steve Jobs saves the day. (Seriously.)

The most touching song may be “My Christmas Prayer,” where Random addresses those who have not, the homeless and the orphans out there. If you have the means or an old coat you don’t wear, remember Ran’s words that “if you’re blessed it’s only right to be a blessing” and even that “the season of giving doesn’t start in December.” Some listeners might argue that “A Very Random Christmas” is sappy and sentimental at times, but there’s no question that’s exactly what the auteur wants and what he got. If you’re a Grinch you’re not going to enjoy this one. Otherwise these six tracks and six bonus instrumentals are being sold at “name your own price,” so give what you think it’s worth or just enjoy the holiday mirth and put that change in a Salvation Army cup instead – Ran would approve.