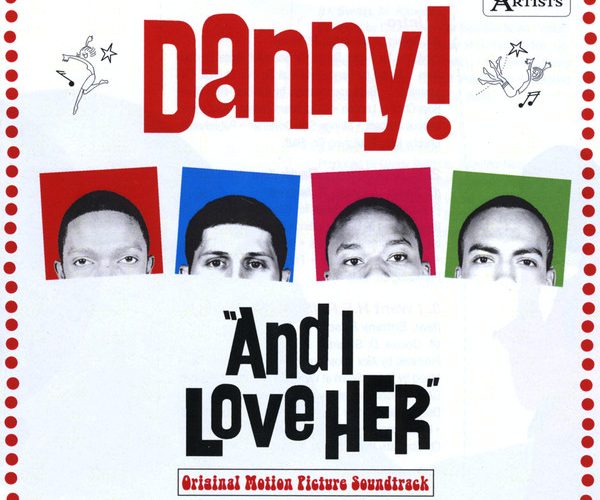 And I Love Her

I have to admit I was mad late catching the train that is Danny. Apparently, Daniel Swain has been impressing fans and critics alike for almost a decade and is the Too $hort of his time as he threatens retirement every time he drops a new album. He gained comparisons to Kanye West, got signed to Def Jux, and was even nominated for a Grammy during his short career. How all this wonderful drama got by me I can not explain, most likely I was too focused with catching up on obscure 1990s gangsta rap. Since I’ve had my fill of small town angst (I’ve come to the conclusion places like Tulsa, Little Rock, Omaha, etcâ€¦ are all very similar), I can finally give Danny! the proper attention. My first encounter with the man couldn’t have come at a better time since it seems Danny! is on the verge of retirement yet again. “And I Love H.E.R.” is his final opus and is yet another one of those “soundtracks” where there was no actual movie because the rapper couldn’t afford to make the movie but he still wanted to make the soundtrack to the movie that played in his head. For once I’d like to see a rapper make an audio book of a book that doesn’t exist. Despite the fact that the concept is stale, Danny! comes fresher than a Lil’ Wayne punch line over a Polow Da Don electro-beat.

The concept of “And I Love H.E.R.” is that Danny! is in a relationship with a girl and things get rocky leading to a breakup up. The “big” twist is that the “girl” is really hip-hop and the “breaking up” is really Danny! retiring. Who knows if he’s serious this time, but I’m likely repeating what most critics have said when I say the man has far too much talent to call it quits this early. As a producer, Danny! is skilled at making superbly soulful music that sounds neither played out or repetitive. In other words, Danny! takes it back to the nineties without sounding like he’s trying to imitate the nineties. As with any producer that uses soul samples, the man gets compared to Kanye West a lot (and it gets on his nerves), but the West comparisons aren’t really fair to either man. Danny! is the more skilled producer but is nowhere near the innovator that Kanye West is. When it comes to the raps, Danny! and West also diverge more than they converge. Danny! once again takes the trophy for best overall emcee, but lacks the charisma and variety West infuses into his music. Ultimately, I’m reminded of Jesal Padania’s recent review of Lil’ Wayne’s “The Carter III” where he calls Lil’ Wayne and Lupe Fiasco this generation’s Jay-Z and Nas. In this case, Danny! is the rapper/producer version of Nas while West plays the part of Jay-Z. An even more apt description is that Danny! is like a Lupe Fiasco who can produce as well as he can rap. I only spent so much time addressing the West comparisons because they seem to occupy Danny!’s mind more than they should. On the “Intro” he spits:

“But please excuse me if I sound perturbed
But half of you clowns is nerds that beat off to West
How can haters stand there and say I sound like him
Hell No! Kick rocks bitch, timb boots, vans and shell toes
Or them joints with the velcros, diabetic jump offs
You still comparing me in 2008, you chumps lost
Pocket full of gems, but y’all was way too occupied comparing me to him”

While I was focusing on his clever tribute to UGK, Danny! mentions West again on “Not The One” where he tells us how often he gets confused for West when he tries to pick up girls. Now I took a page out of Soulja Boy’s book and “wikipediaed” Danny! and I have to say that when you name your first CD “The College Kicked-Out” you were asking for those comparisons to be made.

Thankfully, the West thing is only a small part of this concept album. Danny! spends most of the album detailing his frustrations with his career and the rap game through the guise of a relationship. The concept does require more patience than your average rap album as you have to pay attention to almost the entire album to keep up with the story. It’s much like an expanded and detailed version of Common’s “I Used to Love H.E.R.” The few tracks that break from the concept don’t detract from album. “Guess Who’s Back” is a collaboration with Naledge from Kidz in the Hall and focuses on the demands of staying relevant as he asks “should I make a rap a day, just to keep the milk carton away.”

Overall, “And I Love H.E.R.” is as good of a conceptual album as hip-hop has ever seen. Granted the list of conceptual rap albums is short (if you don’t count the concept albums that are only conceptual in title and intention â€“ Lupe Fiasco I’m looking at you), but Danny! holds his own quite well and in terms of accessibility I’d even say surpasses “A Prince Amongst Thieves” which until now was my favorite of those such albums. The appeal comes from the fact that you can take this as a conceptual piece of work dealing with a man’s rap career or at face value as a series of love/hate songs dealing with relationships. In other words, if you enjoy intelligent, soulful, honest music you should pick up this album ASAP or else Danny! might actually retire this time.