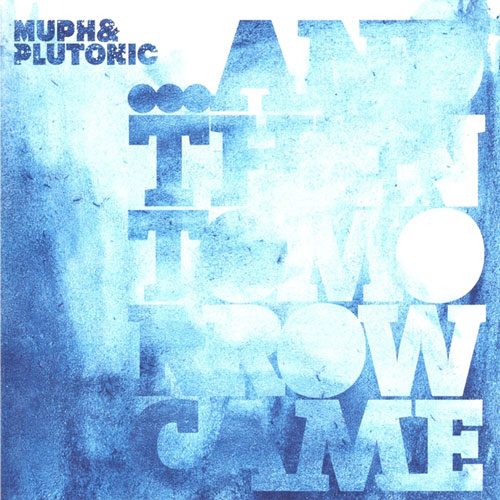 Muph & Plutonic :: …And Then Tomorrow Came

Last year when reviewing Muph & Plutonic’s “Silence the Sirens” Matt Tomer noted with regret that “Australian hip-hop has yet to enjoy even the smallest bit of success in the states.” While that may have been largely true in 2007, I don’t think the same claim can be made in 2008. There is a dawning awareness of great Aussie rappers such as The Tongue and groups like The Herd among U.S. fans. Naysayers would never have predicted this rise, thinking that your typical yank would not get past their “Crocodile Dundee” stereotypes, unable to embrace the sound and accent from Down Under. Muph & Plutonic know differently and put it right in your face on the opening track of “…And Then Tomorrow Came,” overcoming their own self-doubts about success when Muph spits “The Damn Truth.”

“First off, had to get my head to the workshop
Spanner in those works and the nerves were turned off
Smirnoff seduced me, tryin to find myself
Thinkin I might just, lose me, lunacy’s spreadin
to the presence of my efforts when it hits the fan
Shit flicks, bounces off, self-inflicted, damn
But never quit, quick to build a bridge, rivers and dams
Watch the mirror split, thinkin I could miss my chance
Looked back at the cracked glass, never saw a rap star
Paid for my mistakes, but I’ma take the cab charge”

The more of those dues that Muph & Plutonic pay, the more respect for their art grows both on far off shores and in their own homeland. To those still uninitiated with their sound though, let’s break it down piece by piece. Plutonic is an aptly named producer, as his beats encompass the vast sound of the cosmos, yet he’s not in any way gassed up off his dopeness. His tracks are the cold hard truth, laid down with loyalty for a partner who he knows will come correct with the rap. That brings us to Muph, the Guru to Plutonic’s Primo. That unbreakable bond can be heard on the lead single “Size of the Soul,” which it’s fair to say is tremendously large in both of their cases. Plutonic’s layered approach should be studied by aspiring producers. He builds with an incredibly funky bassline reminiscent of Sanford & Son for all the right reasons, adds the perfect drumline, brings in crooning female vocals, stirs it up with some horny horns and echoing sci-fi sounds, and just when you thought it couldn’t get any better he scratches in Common saying “SO MUCH SOUL.” The instrumental alone would be worth the price but the admission is all Muph’s, who humbly denies they have as much soul as the late James Brown even though the track and his rap prove otherwise.

“Forever endeavoured to get your soul searchin
That extra little treasure when you find your sole purpose
Since I first heard it, now I observe and word it
A lot of set backs but kept at it, and kept workin
Determined to follow through
Fell into that trap of tomorrow will do
My brain became a hollow tube
Swallowed fumes, few knew I sold small portions
I’m back to rap, release these endorphins
Amateurs ignoring the kings that came before ’em
Very technical but technically very boring!
Rainfall walking, solo mission reinforcement
that kept me stalkin these beats”

Keep on stalkin Muph. Even if he doubts the size of their soul, there’s no question that the size of their sound is gigantic. In fact it’s so big that they can look at the other “Balloon Heads” in hip-hop with their overinflated egos and bring them back down to earth, or note on “Number 45” that they prefer Ultramagnetic’s “Poppa Large” to the pop charts. After “Tomorrow” comes “Today,” where a new day of hip-hop dawns with the help of guest stars Eligh, The Grouch, Raph Boogie and The Tongue – that’s a WHOLE NEW DEFINITION of East meets West for you. Trying to pick out tracks on this album NOT to recommend is far harder than simply praising this breakthrough album. The sound is remarkably diverse, from the softly plucked guitars and strong beats of “Yesterday’s Basement” to the uptempo 1970’s rock’n’funk throwback of “Wrong.” Muph seems comfortable over almost any audio landscape Plutonic can come up with, which makes me wonder how he’d feel about rapping over house or techno beats. He even has his own “Hey Ya” song in the form of “Beautiful Ugly” featuring Jess Harlen, and if there’s any justice Muph & Plutonic will chart with it. It may be that in titling this album the tandem felt their tomorrow would never come, but the good news for hip-hop heads is that this thoughtfully written and well produced CD is available in stores TODAY.