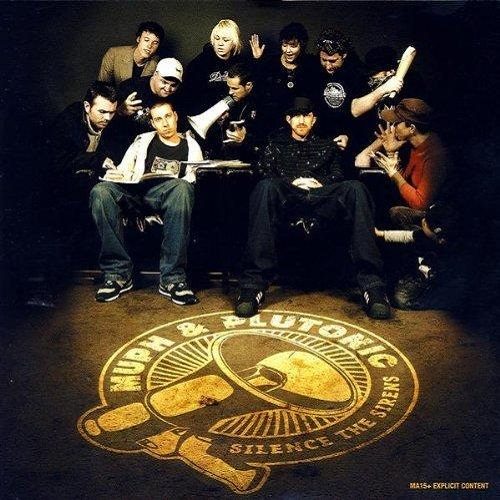 The U.S. is indeed a musical melting pot. It’s no big secret that teams of the most influential and popular musicians of all time were born across the pond. Rock music is the best example, with bands like Coldplay leading the way down the same path the Beatles blazed years ago, but hip-hop artists have recently stepped forward from all corners of the world. Emcees like The Streets, Lady Sovereign and Dizzee Rascal have exploded onto the scene with critical and commercial success, while foreign producers have had just as much luck if not more. Dutch native and Justus League affiliate Nicolay, who gained notoriety working with Phonte of Little Brother as the duo Foreign Exchange, has become a sought-after beat maker.

Unfortunately, Australian hip-hop has yet to enjoy even the smallest bit of success in the states. There are a number of reasons as to why that could be, but seeing as my knowledge of the culture comes to a screeching halt at koalas and kangaroos, I couldn’t help you out with that one.

With “Silence The Sirens,” Muph & Plutonic provide proof that the Aussies can get down too. Overall, the two aren’t a far cry from the same hip-hop that dominated airwaves in the early ’90’s. In fact, strip away the accents, and it’d be the same damn thing. Like most foreign artists, their style is mostly reflective of the Native Tongues posse (maybe saying something?), with contemplative lyrics, a good sense of humor, and a diverse range of topics.

As with any foreign album, intelligible slang is a reality, but the same could be said for Raekwon and Camp Lo. Fortunately with Muph, it never becomes an issue. Anyone not up on their Australian lingo will be spared the challenge and shoved directly into his life, an admittedly average one presented in an outstanding manner. Even though his raps can walk aimless circles around Plutonic’s production, the majority of the album is spent with straight forward narratives. In short, he does a great job cutting through the bullshit.

When he has something to get off his chest, Muph has no problem getting in a zone. His drinking problem serves as a fantastic creative well, one most notably tapped on “Ain’t All Over,” where his disregard for his own health (“we keep it comin’ ’til we’re pushin’ up daisies”) becomes the startling gag line. “Blinded” and “Nothing’s Alright But Everything’s Okay” serve as a depressing way to cap off the album, but Muph’s narratives are surreal, and more importantly, able to be taken seriously.

Producer Plutonic does well in complementing the smooth jazz sample on “Comfort Zone” with a subtle but effective break, while “Colour Of Fire” is a throbbing, menacing pounder. His beats don’t hit especially hard, but work well, and the percussion is carefully selected. Additionally, he doubles as a hell of a DJ, often using series’ of cuts and scratches for hooks ala DJ Premier. The title track, with a dark beat that simply doesn’t match the lovey-dovey lyrical content, is a bit of a mess, all until the object of Muph’s affection turns out to be drug addict living in the fast lane.

“Silence The Sirens” is impressive for its maturity. Darker, difficult ideas are tossed around, but never once does Muph come off cheesy, while Pluto consistently hooks him up with a colorful selection of beats. Fatlip of Pharcyde fame even stops by to give them the ghetto pass, even though his verse is just as forgettable as the fact that he used to hold weight in the hip-hop community. Here’s where I could easily toss in some played-out “music breaking boundaries” yada yada, but I’ll save that for when I really have nothing to say. “Silence The Sirens” is some good hip-hop, and that’s all there is to it.